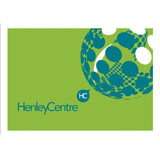 Coley Porter Bell has provided an overhaul of the visual identity for market research company The Henley Centre. As part of the rebrand the company has shortened its name to become Henley Centre.

Both groups are owned by advertising and communications giant WPP, but CPB took part in a three-way pitch to win the work, according to creative director Stephen Bell.

‘Henley Centre is moving towards building on its information gathering service by becoming more dynamic in presenting creative solutions – as well as research – to clients,’ says Bell.

The identity consists of a drawn typeface and a circular ‘HC’ brand icon, accompanied by graphic shapes which ’emerge’ from the HC marque.

Innocence and ArthurSteenAdamson in collaboration

Conran restaurant to open in Japan