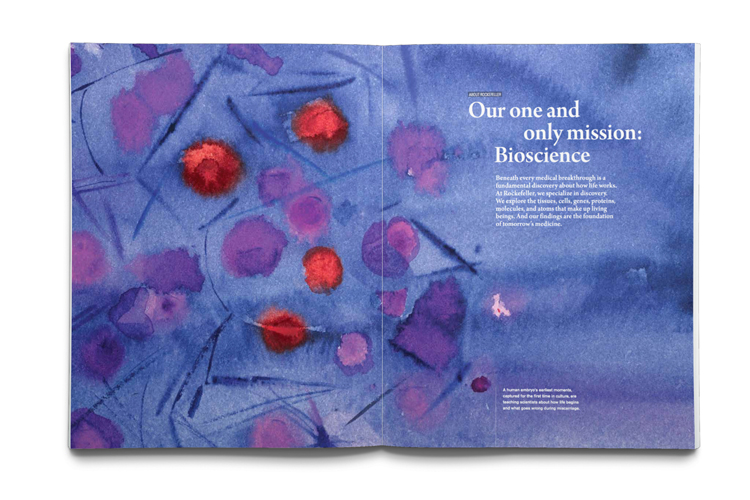 Rockefeller University has been given a new visual identity which looks to add an element of artistry to an institution devoted to science and medicine.

The biomedical research institution was founded in 1901 and is based in New York. It “conducts science for the benefit of humanity”, it says, and offers postgraduate courses alongside conducting research. 24 scientists associated with the university have received Nobel Prizes. 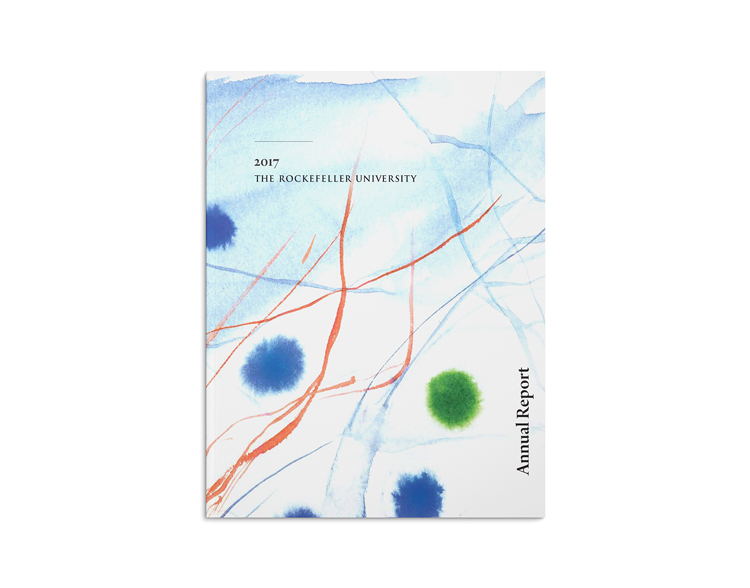 Consultancy C&G Partners has given the university a new look, which consists of watercolour imagery and a black, serif logo set in Arno Pro typeface.

This has been used alongside sans-serif Akzidenz Grotesk for body copy, which collectively aim to show a contrast between past and present; “cutting-edge research” and a “history of discovery”, says Maya Kopytman, partner at C&G Partners.

The multi-coloured imagery, which was hand-painted by watercolour artist Deborah Ross, is based on various things to do with biomedicine, including microscopy, molecular structures and scientific equipment. This has been used across the university’s print materials. 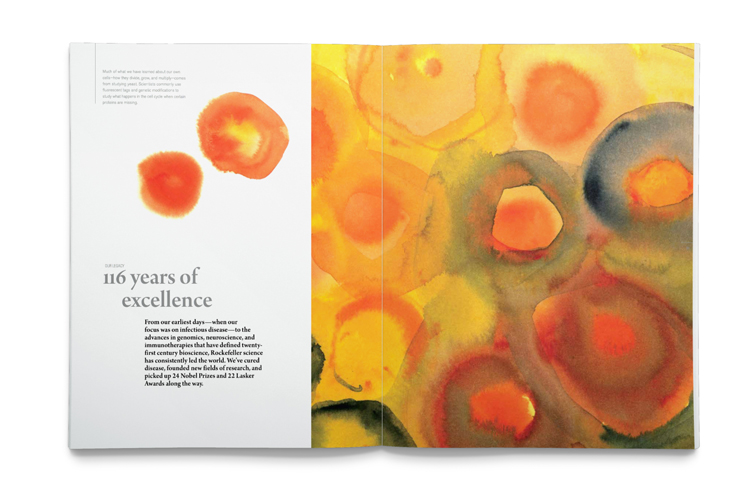 “In an attempt to illustrate the richness of scientific research, we decided to create visually rich publications,” says Kopytman. “The juxtaposition of restrained, elegant black and white art along with vibrant, colourful, microscopic imagery illustrates the world of scientific research with its endless experimentation, followed by celebration of discovery.”

Print materials were also made using translucent paper, metallic ink and foil stamping to give them a “premium” feel, adds Kopytman, while illustration and photography was used within them, alongside “straightforward and clear” copy.

“We used a visual approach for the annual report,” she says. “By creating a museum-like art catalogue that actually contains the latest biomedical discoveries, we hoped to surprise and captivate readers and celebrate the university’s unique approach to scientific research.”

The new look has been applied to print and marketing materials including the graduate programme booklet, scientific prospectus, campus map, annual report and brochure, a redesigned website, and on-site wayfinding and signage. 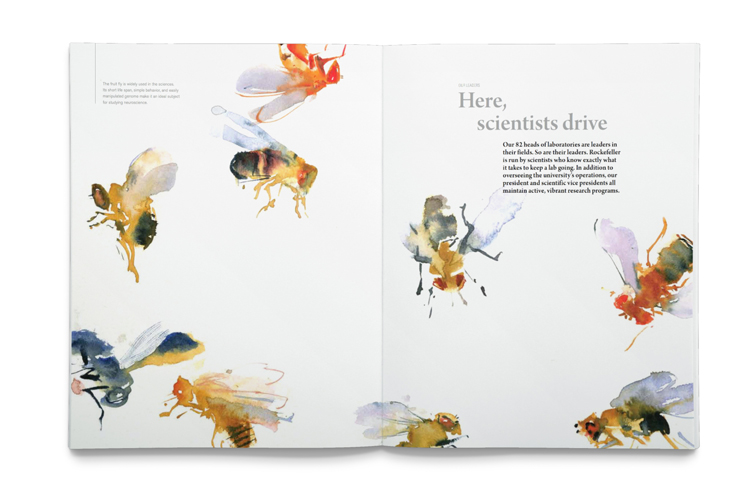 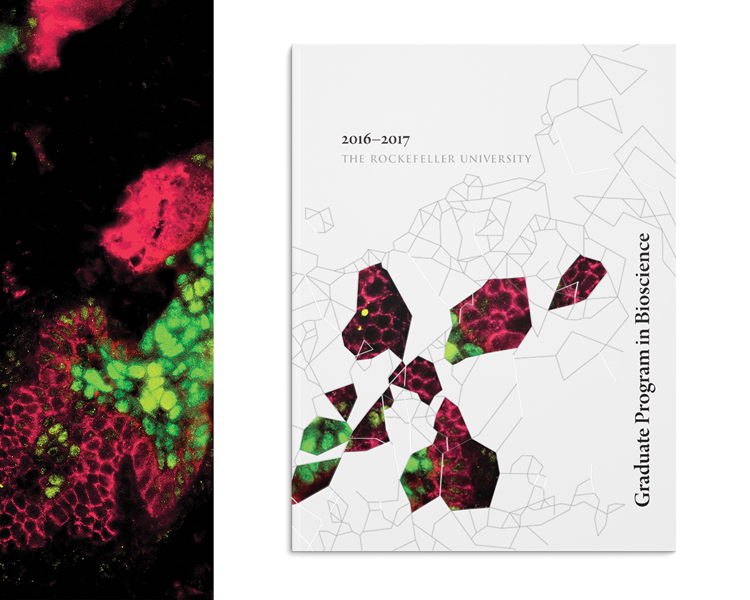 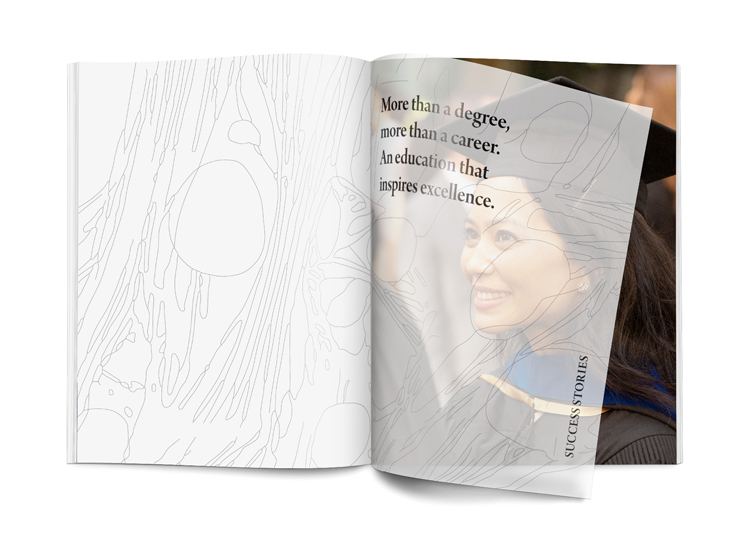 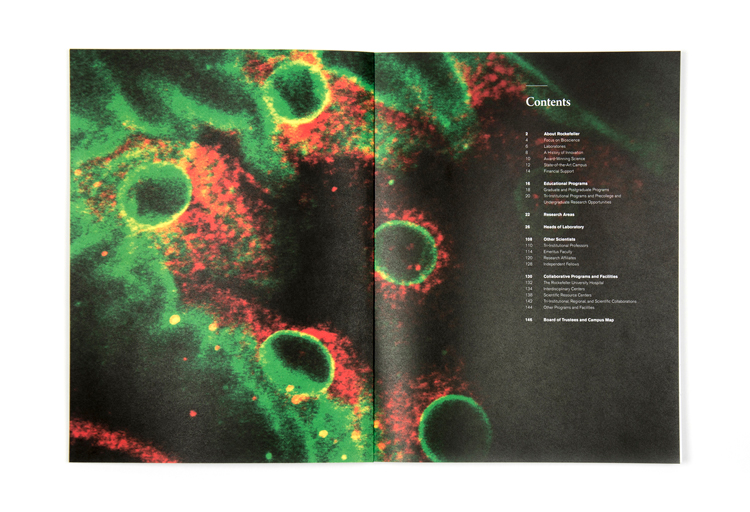 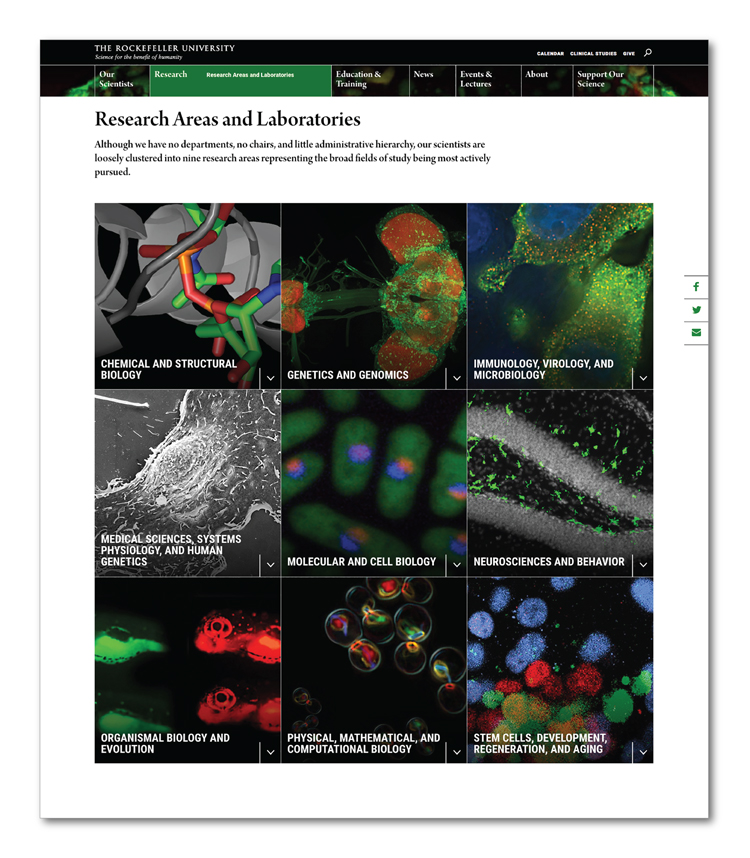 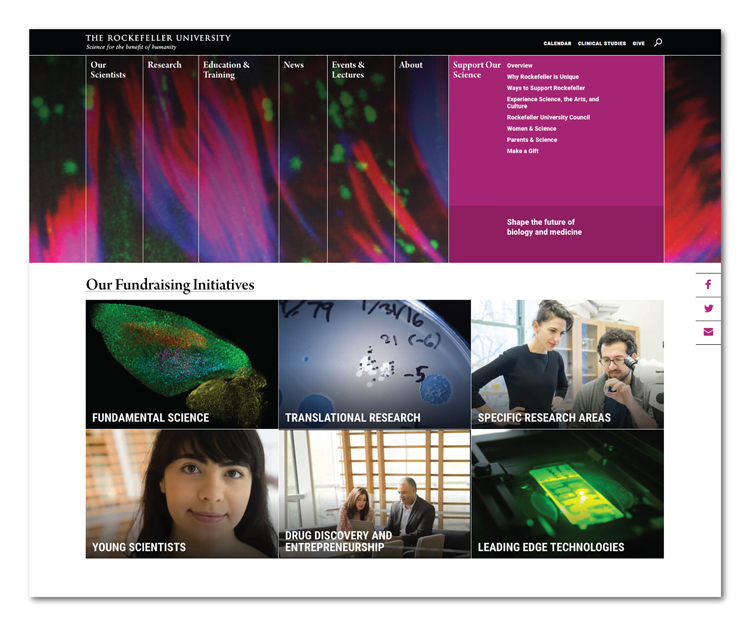