Italian restaurant chain Carluccio’s has refreshed its logo and graphics to appeal to a younger audience, with geometric patterns and brighter colours.

The graphics and branding has been redesigned by consultancy Frontroom, while the new look is currently being rolled out to store interiors by Fusion by Design.

The new logo takes on Carluccio’s new name, Carluccio’s Deli & Dining. The colour has also changed to a brighter, navy blue, and an octagonal border with bevelled edges has been added around the wordmark. It retains its brush script logotype.

The logo will be displayed across storefronts as either Carluccio’s or Carluccio’s Deli & Dining, depending on whether the restaurant is one of the revamped branches with an open-plan kitchen and which has greater emphasis on the deli, or an old-style branch. 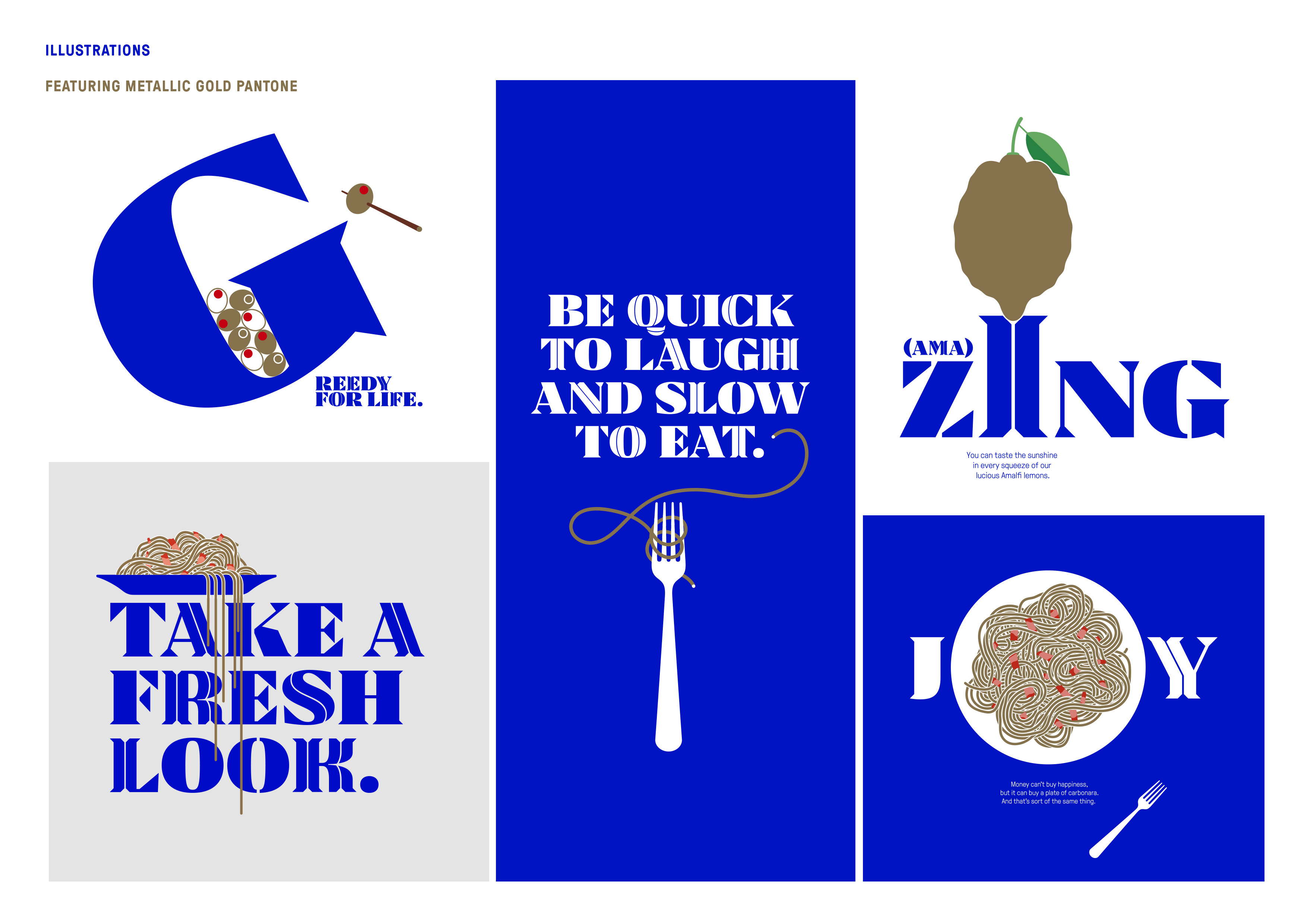 Marketing materials have been updated with the new graphics, which include illustrations using the logo’s new bright blue colour and an updated serif typeface for body copy called Diversa.

Graphic patterns have also been used, which are inspired by floor mosaics and wall decorations found in Italian churches, and work by Italian architects Gio Ponti and Carlo Scarpa.

A series of posters has also been designed, which are inspired by the “clean blocks of flat colour and the 1930s sophistication” of “classic Italian posters”, says Jackie Davis, creative director at Frontroom.

Davis says the graphic look and logo for Carluccio’s was previously a “little bit old fashioned”, and the consultancy wanted to create a “more energetic and surprising” look. 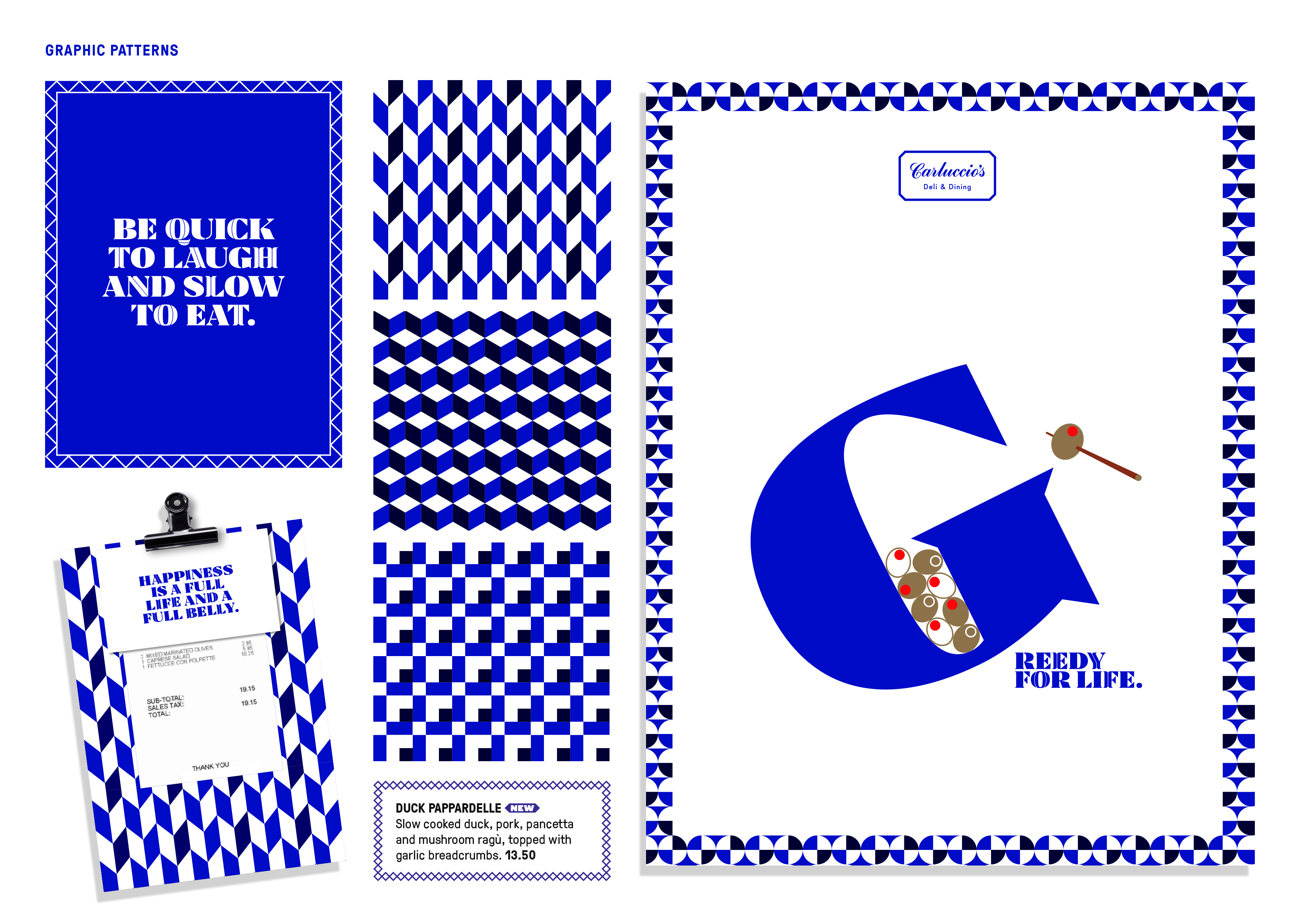 She adds that Frontroom wanted to convey “authenticity” through drawing inspiration from Italian mosaics and architects, but in a more “minimalist and modern” way.

“We wanted to get back to simplicity,” she says. “It’s not about serving food on wooden boards, or about being bashed over the head with hanging hams – it’s just about good food, good friends and good times, without sounding too cheesy.”

On the restaurant’s aim to attract a younger audience, she adds: “Carluccio’s has a loyal base of families, but it needs to keep at the forefront of things and look for new audiences.”

The marketing campaign and rebrand is part of Carluccio’s roll out of its new interior concept, Carluccio’s Deli and Dining, which aims to place more focus on sharing food through its deli menu, and has an open-plan kitchen and dining space where customers can watch their food being cooked.

The new look will be rolling out online, on in-store branding, merchandise, restaurant interiors and print materials such as menus. It has already rolled out in the chain’s flagship store in Spitalfields, London. All of the new-style open-plan restaurants will take on the new name Carluccio’s Deli and Dining, while the traditional-style restaurants will stay as Carluccio’s.

V&A Museum of Childhood reveals exhibition on board games