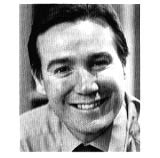 Handing out fines and overseeing the draw for each round of the FA Cup is how the Football Association has often been perceived, particularly by fans. But the appointment of Adam Crozier as chief executive in January signalled a new era for English football’s governing body.

Lured from ad agency Saatchi and Saatchi, where he had been chief executive for five years since the age of 30, Crozier bought with him a wealth of experience and a new vision for the beleaguered FA.

The FA has been seen as an out-of-touch organisation and Crozier quickly set about changing this perception by introducing a blueprint for his tenure, with several “key objectives”. As well as developing the FA’s “grass roots framework”, being seen as “the world’s leading sports governing body by all our audiences” and achieving “consistent success on the pitch by developing players at all levels”, he focused on making the FA a “leading edge marketing operation”.

“We’ve got to develop long- term brand strategies for the FA and all its properties,” said Crozier during a recent speech at Interbrand Newell and Sorrell. “It’s very important that we realise that although football is on a huge high at the moment, not many businesses or sports or anything else can sustain that level of growth forever. There will come a period of consolidation and we’ve got to make sure that we’re looking after the long term, not just thinking about the short term.”

A significant element in this brand development was the appointment of the FA’s first head of brand management earlier this month. Helen Willis, who was previously part of England’s unsuccessful World Cup bid team, will be responsible for developing FA brands and sponsorship deals. But with additional members of her team not scheduled to join for several weeks, Willis declined to comment about her plans.

Jeremy Sice, a founding partner in Extraordinary World, a football fans on-line forum and book publisher, and a former partner at London design group Stocks Austin Sice, welcomes Willis’ appointment. But he believes there is much to do in order to overcome the negative perceptions associated with the FA.

“It’s very important to appoint someone to marshal the brand, but it’s the way it conducts itself, not the way it communicates, which will have the greatest effect,” explains Sice.

“There is a great misunderstanding of what the FA’s role actually is and it was previously seen as out of touch. But Crozier’s addition has certainly increased the FA’s credibility. It is important to develop the brand, but firstly it needs to clarify its role.”

Sice says it is vital that the organisation’s objectives are clearly in line with its actions. “If it is seen as making decisions that are fair and consistent, then people will have more belief in it,” he maintains.

“One of the doubts in fans’ minds is its objectivity,” adds Sice, citing examples last season of alleged inconsistency in disciplinary action taken by the FA, whereby Manchester United appeared to get preferential treatment. “There is so much money in football that the organisation needs to be seen to be effectively marshalling the game. The FA has a hugely important role to play, but you always question its role when it is not generating that much money.”

But Elmwood design director Alan Ainsley, who has worked with both Crozier and Willis in the past, on the FA annual report and World Cup bid respectively, says the FA has an unfair reputation. “It has always had a negative perception of being old hat and not in touch with the grass roots or what fans think, but in reality it is in tune with the game.”

He sees the creation of Willis’ new position as a positive step. “Appointing these sorts of people will help the FA achieve its short-term and long-term strategic goals,” claims Ainsley, who hopes the Leeds consultancy will continue to work with the association in developing its brand values and objectives. “It will start building brands – such as the England team, women’s football or the FA Cup – together with sponsors to develop them as major assets. It will help the organisation present a more positive image in the future and become more and more open,” he adds.

Design Bridge is currently working with the FA in developing its branding strategy, but it is unable to disclose the exact nature of the work. Last year it revamped the England identity and sub-identities for each of the FA’s cup competitions from the FA Cup down to non-league amateur cup events.

Design Bridge group creative director Rod Petrie, who oversees the consultancy’s sports-related projects, says the FA is not alone in suffering a negative image. “All governing bodies tend to bring a certain negative perception, but they are all sharpening up their acts as they have some pretty valuable properties,” he says.

“The FA and other organisations are beginning to realise they have some important brands with high recall internationally. If managed properly, they can make a lot of difference to people’s lives and generate a lot of money. They are as powerful as Mercedes or Nintendo.” That the FA will shortly appoint designers to open its own retail outlets could be seen as proof of this (see News, page 4).

As leading accountancy group Deloitte & Touche’s annual review of English football showed this month, the game is no longer the domain of the working classes, but a multi-billion pound industry which is set to grow even more in the coming years.

Whether the FA can assert its brand and its position at the heart of the English game is yet to be seen, but early indications are that if it follows Crozier’s tactics, it is likely to score.