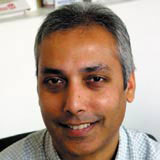 Children are becoming ‘prematurely sexualised and groomed for an adult  world’ in a ‘depressingly calculated’ way, and design is often part of the process, says Mike Dempsey, new Master of the Faculty of Royal Designers. To what extent should designers consider social and ethical responsibilities when working in such areas?

Moral responsibility is always a difficult challenge when working in any kind of market, but especially so when the target consumers are children. Personally, I believe that you should not be in business at all, unless you are prepared to both set and uphold social and ethical standards. It’s a shame that issues like this are not always met head-on – but I think that Mike Dempsey’s words will hold a resonance for us all, regardless of whether we are parents or not.

Does Mike Dempsey have children of his own? If he did, he would know that, these days, they are far more self-aware, more image-aware and more brand-aware than previous generations. But is this really such a bad thing? They are smart and should not be patronised. They will experiment no matter what, so we should be giving them well-designed and well-made products, which meet their lifestyle needs as well as wants. But make them fun too – isn’t that what growing up should be?

It’s easy for creative people to be swept along and to only think about a project’s effect when it is complete. Julius Robert Oppenheimer said something along those lines about creating the atomic bomb. Good designers must think of context and consequence.

Children see black and white in a world of confusing adult grey, but they are smarter than we give them credit for. It’s the designer’s responsibility to cut through the cynical, easy, and superficial in order to make the world a little bit better. That’s our job. 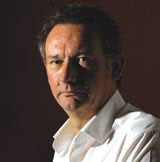