A new laboratory has opened in central London Halo Building (part of MedCity) which can process 10,000 Covid tests a day. 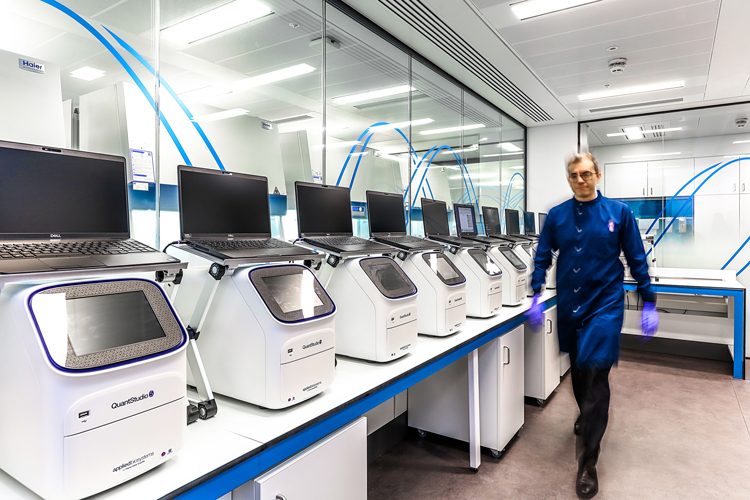 MedCity was established in 2014 by the London mayor in collaboration with King’s College London, Imperial and University College London (UCL) in an attempt to drive growth in the medical sector for the UK. The redesigned space will be run in partnership with UCL.

The laboratory is located on the ninth floor of the ten-storey building. Both KB Architects and Portview had recently finished work on a cervical screening lab on the floor below. 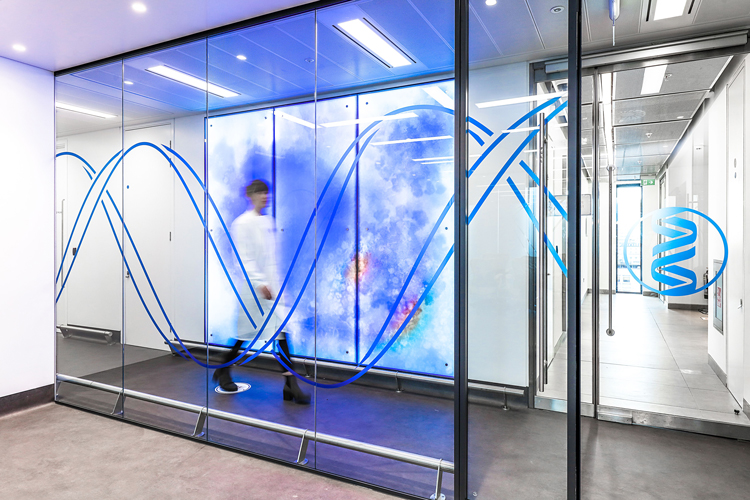 KB Architects director Kimia Benam says that the space needed to be “technically sound but also beautiful”. “A lot of people think that health sciences projects can’t necessarily be that attractive, but they can be if you take the right specifications and components,” she adds.

Each floor of the building had to be “coherent and fuse together”, she says. The space aims for a minimalist look with a colour palette inspired by the centre’s brand identity of blues, white and neutrals, according to Benam.

Given the nature of the project, the turnaround was fast – the existing space was transformed in under three months, she adds. The floor also used to be an office space. “Everyone assumes that you need a new build to do this but you can transform offices into a health sciences laboratory,” Benam says. 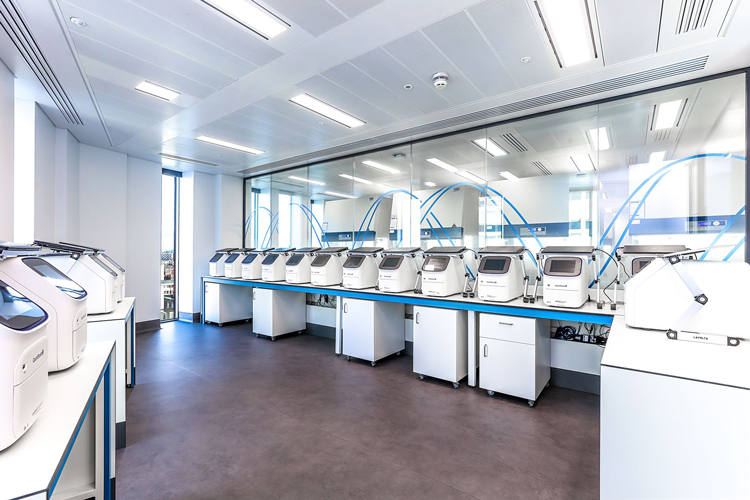 The lab benches are made of Trespa, an antimicrobial laminate panel material reinforced with wood fibre. All the joinery is bespoke, Benam says.

While it’s a busy test centre, it is also a place where people need to work, and the details emphasis this sense of flexible workspace and flow, according to Benam. There are no obstructions at eye-level on the windows, for example, so that workers can see the views beneath them.

Similarly there are no divides in the middle of workbenches so that people working across a table can talk to one another. “If there is a partition needed, there’s glazing,” Benam adds. 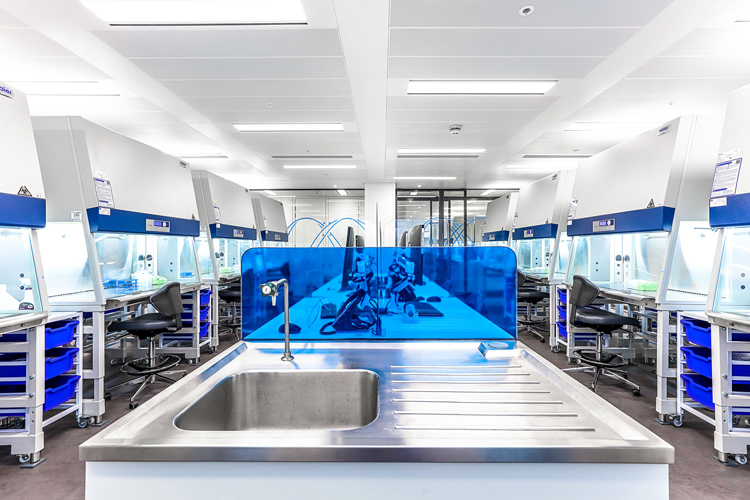 The lab sinks are made from epoxy resin, which was tested for staining. The wash hand basins are also made from the same material. The uniformity was integral to the design, according to Benam. “You don’t want a mish-mash,” she adds.

The same shade of grey and “clinical” white is used throughout the space. The lighting echoes this – creating a “cool white not warm white,” Benam says.

Artist Martin Donlin was commissioned to make wall graphics which aim to provide “a sense of orientation” and interior detailing, according to Benam. These are based off the relevant cells to each floor’s lab, as well as the helix structure from the building’s logo.

Benam says that this area was one of the project’s biggest challenges and required a “number of tests” throughout the build, finding a balance between the pressurisation needed and the existing space. The rooms are sealed and contain 22 safety cabinets. 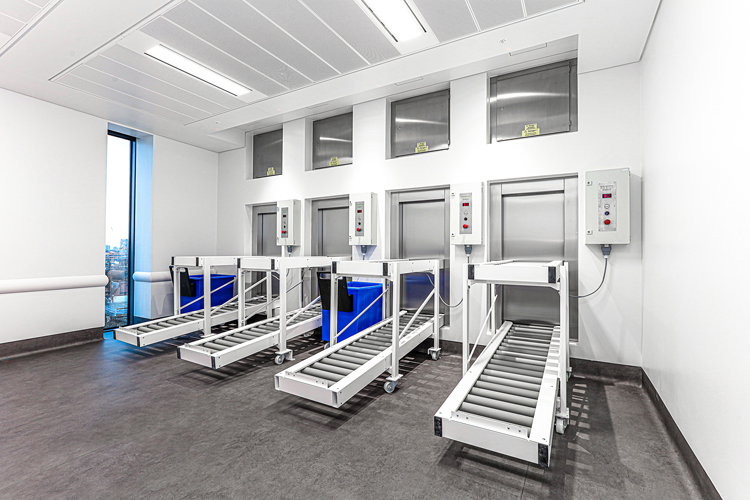 Four dumb waiters have been installed which take couriered samples to the right level, meaning that “the [transportation] time is shortened” significantly, Benam says.

Throughout the Halo building, there are automated sample tracking systems which use battery-driven robots to transfer test tubes via a GPS system, though this is not part of the Covid lab.

The tower was completed in 2016, and Benam says that the idea is for the space to be modular, shifting from offices to labs. “The infrastructure means that you can change them back,” she adds. “From a conversion perspective, it’s ready for future expansion.”