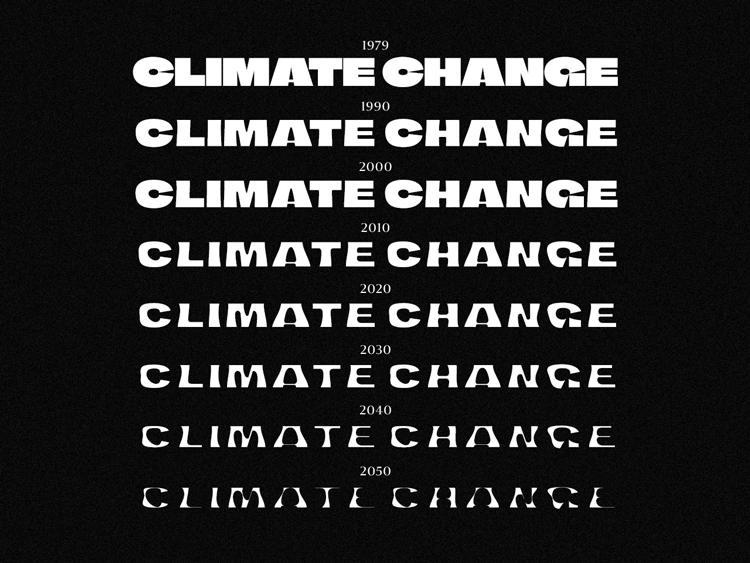 Finland’s biggest subscription newspaper Helsingin Sanomat revealed a climate crisis typeface this month, which sought to visualise the effects of environmental decay. The  letters’ weight varies according to information collected from the National Snow and Ice Data Centre from 1979-2019 and continues in alignment with that trend until 2050. “The typeface aims to set the often hard-to-grasp climate change as an acute experience and to initiate more immediate action,” the paper says. It’s free to download and use.

In 2018, the newspaper ran a billboard campaign targeting former American president Donald Trump and Russian president Vladmir Putin with messages including: “Mr. President, Welcome to the land of free press” and “Trump calls media enemy of the people.” 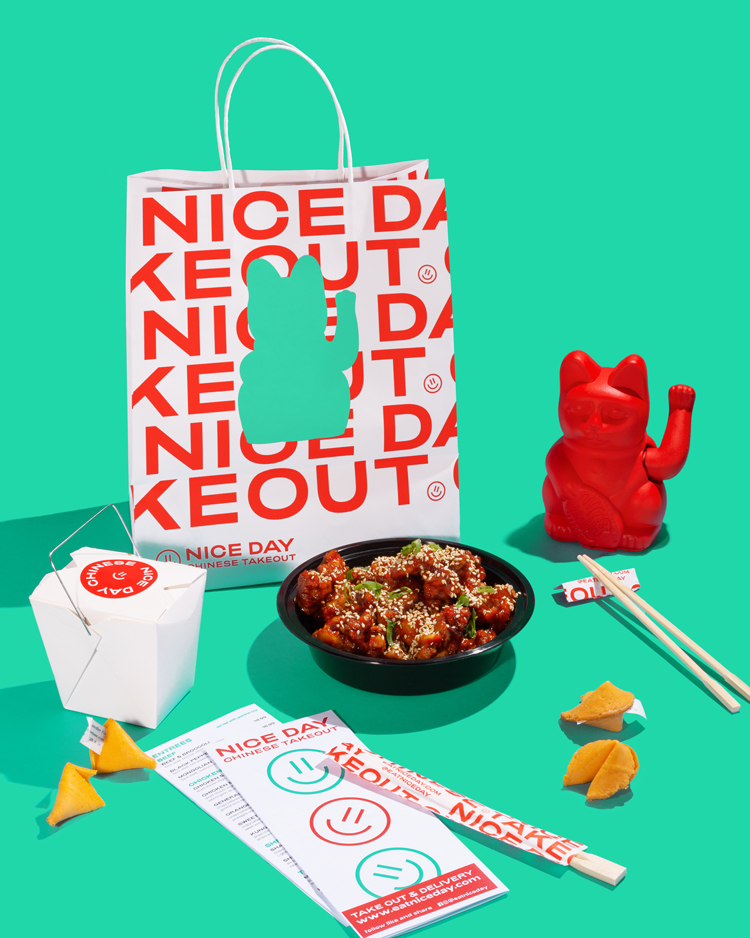 New York-based Chinese restaurant Nice Day launched at a difficult time for the hospitality sector. With that in mind, the restaurant has been adapted for Covid times – a delivery service with a mobile-ready online menu, and newly designed takeaway bags which have a bespoke seal. The identity has been designed by Related Department, based in Shanghai and aims to bridge preconceptions of Chinese cuisine and the restaurant’s more modern inspiration. Featuring a white, red and mint green colour palette, the branding rolls out across the carrier bags, menus and merchandise such as stickers.

UCC European launch, from The Clearing 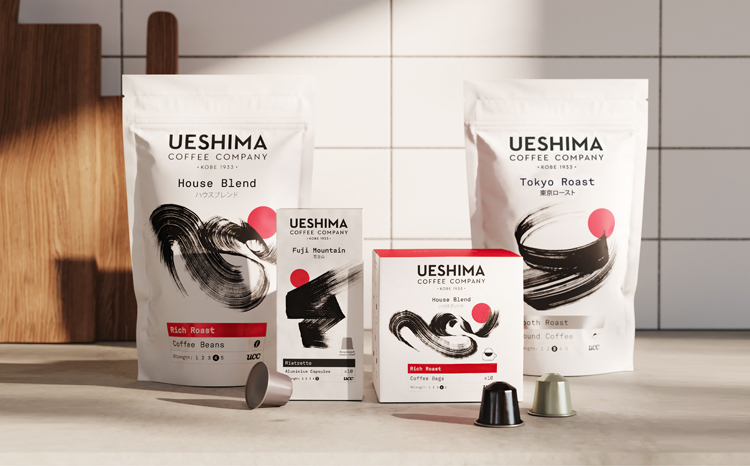 Ueshima Coffee Company (UCC), one of Japan’s biggest coffee brands, launched its first direct-to-consumer products for the European market with an identity that hopes to position Japanese design cues in a Western setting. The logo, identity and packaging were designed by London design studio The Clearing. A campaign video has also been produced.

Japanese calligraphy artist Kashuu was commissioned to create bespoke illustrates for each pack, which aim to give a sense of the specific blend’s experience and flavour. The Clearing design director Rahul Ramanuj says that they worked through hundreds of illustrations with the calligrapher before making a final decision. The monochromatic identity incorporates a “magnetic pop of red” to draw coffee-drinkers’ attention, he adds. 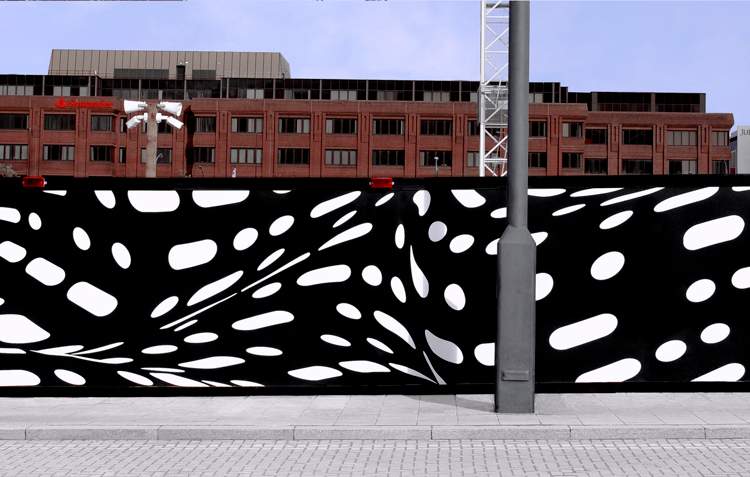 Wilkinson Studio has created a 400m hoarding inspired by Morse code for the new Santander tech hub, which is under construction in Milton Keynes. The local area has a tradition of technology – particularly at Bletchley Park, which was the home of World War II codebreakers such as Alan Turing – and the wall’s Morse code patterns are inspired by four words: explore, sustainable, adventure and possibility. “We wanted to create something that provided some visual interest for the community and visitors of Milton Keynes, something that drew you in and that you could interact with,” studio founder Kyle Wilkinson says. The patterns wrap around the whole site, creating a surreal image that almost appears in motion, according to the studio. 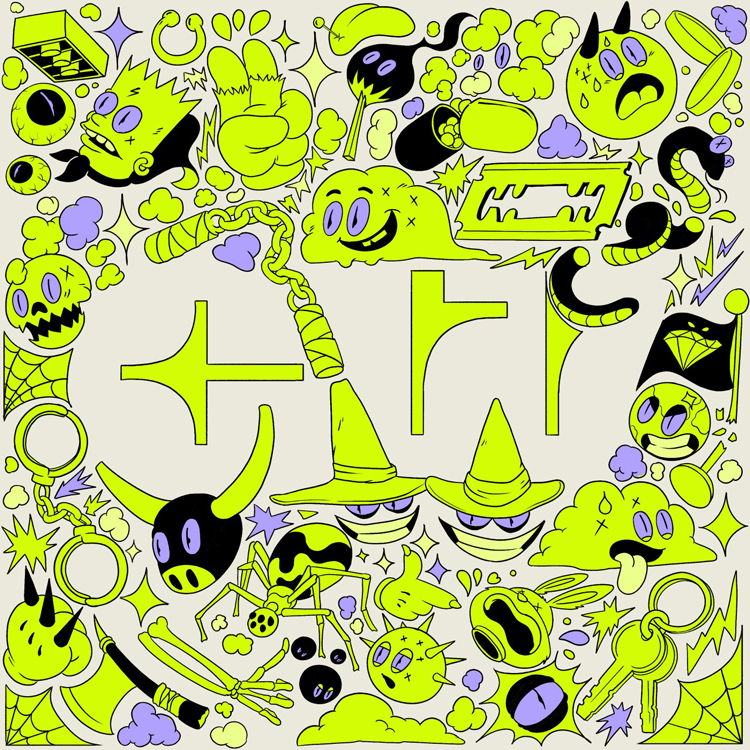 Emmy-nominated animation studio Golden Wolf has revealed a new identity – its first since it launched seven years ago. Based in New York and London, the company has worked with brands such as Nike, Facebook and Disney. For its next stage of growth, Madrid-based studio Koln was brought on board to create an illustrative rebrand, inspired by skate culture and graffiti art. The redesign includes a new logo and website.

The latest range of merchandise features a redesigned version of Bob, the iridescent smiley face. He now has a slanted expression and rolls out across a “disruptive range of products” including clothes, tote bags and a magic 8 ball. The new branding was accompanied by a spoof film about a psychic hotline (hosted by British comedian Asim Chaudhry) and a custom-built game Wild Wolf, which is reminiscent of Nokia’s classic mobile guilty pleasure, but with a wolf instead of a snake. 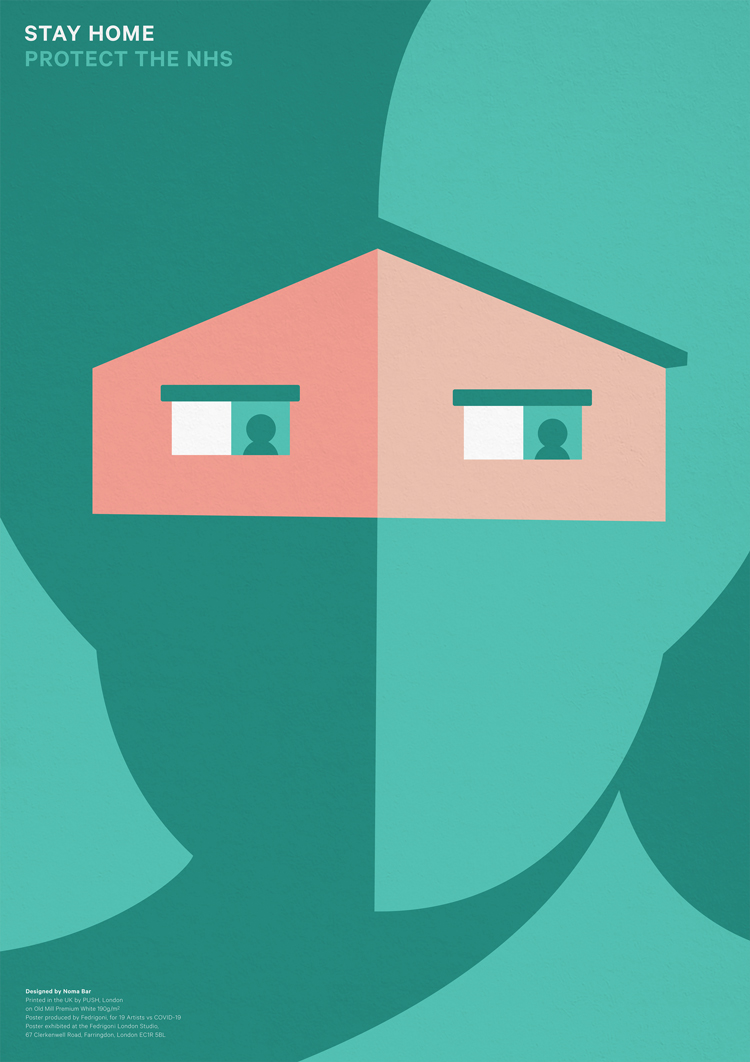 Paper manufacturer Fedrigoni has followed up last May’s poster series with a new campaign which aims to raise money for the NHS charities, with help from designers such as Noma Bar and Morag Myerscough. The scheme – originally proposed by Spanish graphic designer Álvaro López – asks creatives to design an A1 poster interpreting the “Stay Home” message and social distancing. Thanks to the UK’s New Year lockdown, the series is as timely as ever. The results are varied, from Nick Cook’s typographic interpretation to Nina Jua Klein’s bold yellow, window-inspired design. Posters cost £19. Once lockdown lifts, the full set will be available to view at Fedrigoni’s studio in Clerkenwell, London. 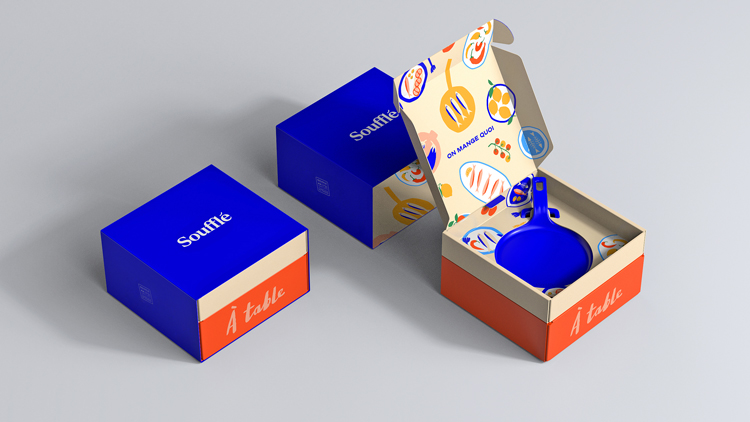 Pentagram’s Jon Marshall has created the cookware set for French start-up Soufflé, which focuses on sustainable and non-toxic materials. Every component of the four-piece range is made locally in Northeastern France and hopes to reach a younger demographic, which might be thinking of investing in some key kitchen pieces. Throughout the product design process, the ambition was to create a set that combined sleek minimalism with some traditional French details, according to Pentagram. The distinctive ribbed design, for example, echoes the pattern found on a Citroën H van. Angus Hyland and team designed the blue and orange identity. 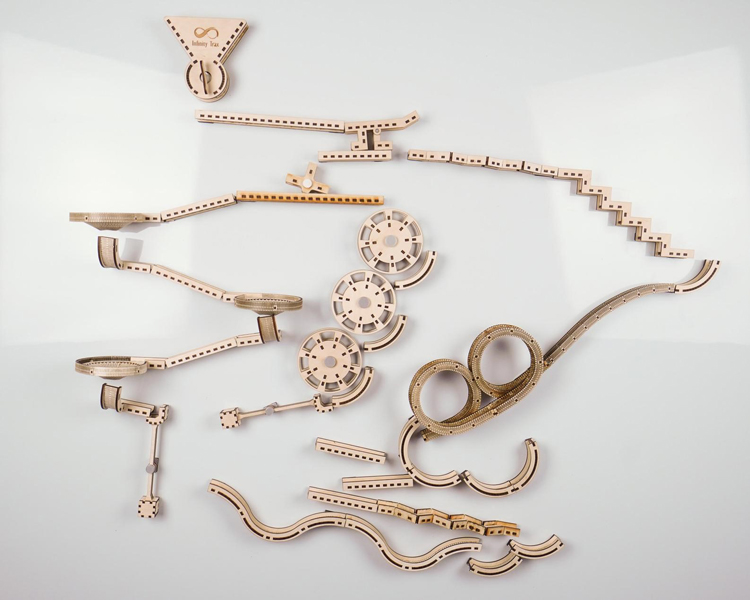 Bath-based product designer Luke Clifford has designed a magnetic and modular wooden marble run which hopes to provide learning and fun to teenagers (and likely some grown-ups too). Infinity Trax comprises 17 unique track sections which can be attached to any vertical magnetic surfaces – think fridges, filing cabinets and whiteboards. Though it’s made from wood, the tracks are bendy and use living hinges, which allow for twists, turns and loop-the-loops.