So far, the coronavirus pandemic has wrought havoc on the performing arts: the Society of London Theatre and UK Theatre estimated losses for the sector were around £630 million just three months into the crisis. As the country approaches the one-year anniversary of its first COVID case, this number looks to be significantly higher.

The Vertical Theatre has been designed by Stufish with the intention of “future-proofing” the industry. In the short term, it aims to provide a Covid-safe space for performances happening amid the pandemic. In the long-term, it could be a more environmentally friendly way of touring productions around the country, Stufish claims. 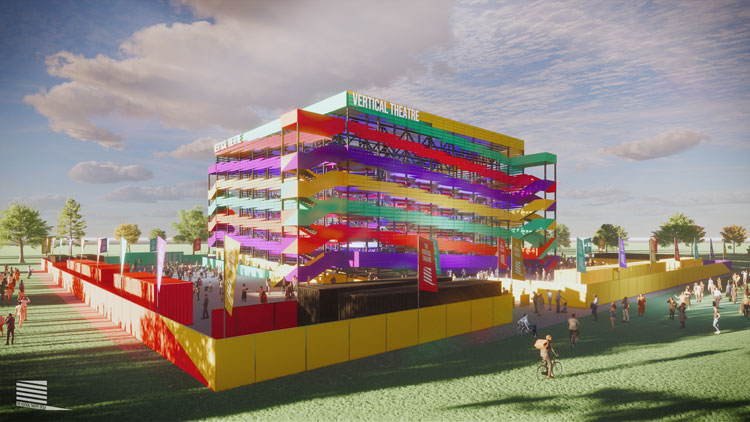 “We had to avoid designing bottlenecks”

The vertical theatre structure has been designed by Stufish to keep audience members away from those outside their household bubble. As Stufish CEO and design director Ray Winkler explains, the challenge was mainly in how people entered and exited the structure.

“We had to avoid designing bottlenecks,” he says. “Given the height of the structure, it would take a long time to get people to their seats, and more importantly would mean people were congregating in close proximity to each other and potentially spreading the virus.” 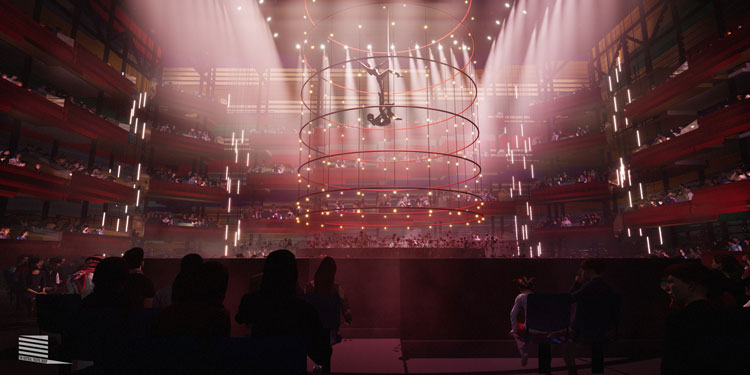 Stufish’s solution to avoid bottlenecking involves four different spiral staircases. The structure is a large cube, with each staircase fixed to a corner. Branching out of each spiral are several balconies, which can seat between 1,200 and 2,400 people depending on social distancing rules.

“The people using each staircase would never have the chance to cross paths with each other, thereby mitigating a lot of potential transmission risk,” says Winkler. He adds that each balcony could house a separate social bubble up to 12 people, with the possibility of also partitioning the space to allow for two different households instead if needed.

An extra safety precaution has been taken by making the balconies open-air. The lack of walls ensures plenty of ventilation, in line with government advice. There is however a roof over the theatre to give sun and rain protection. 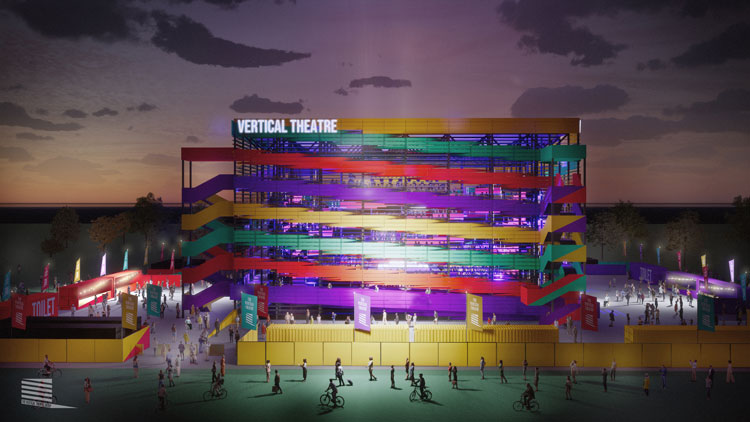 Beyond the health considerations, Winkler says the biggest concern for the structure was how well it actually worked as a theatre.

“There was no point in us designing a socially distanced theatre with bad sight lines,” he says. The final design is “very versatile” he says, and takes inspiration from similar lofty entertainment structures like The Globe Theatre, opera houses and circuses. 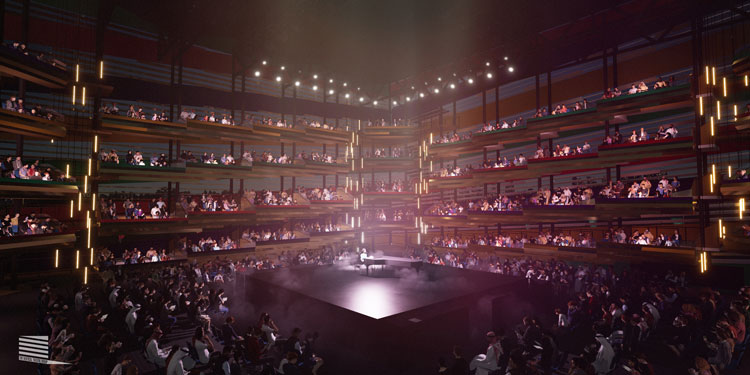 Depending on the show, the stage can either be placed in the centre of the four walls or pushed back and facing just three walls. This is thanks to the modular quality of the design, which is made from traditional scaffolding materials.

“We’re using what we call ‘tried and tested rock and roll technology’,” says Winkler. “That is, rental truss and retail decking which is the stuff we use as the building blocks for everything we do.

“Our skill at Stufish is to take a mundane building block and change it – in the same way a brick can become a dull brick wall or a stunning piece of architecture, so too can scaffolding become something impressive,” he continues. 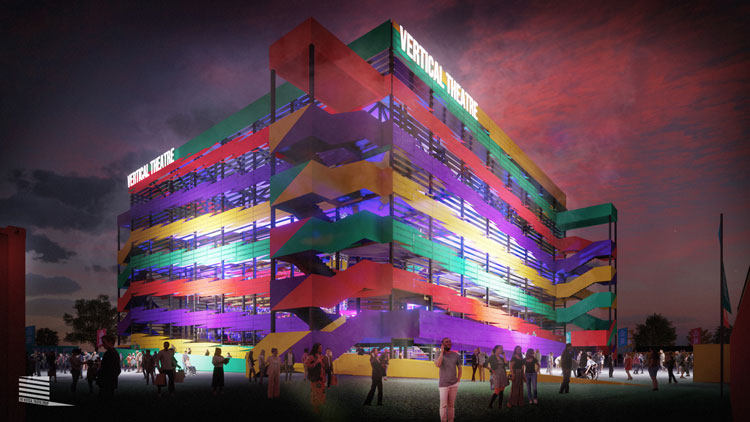 The final result is a structure that Winkler says will be of huge use to the industry long after the pandemic has subsided. One benefit he is particularly excited about is the new dimension such a tall stage can bring to live performances.

“Most shows on a normal stage deal in two dimensions: left to right, front to back,” Winkler says. “But with the Vertical Theatre, you have all of that and more with the added height.”

Additionally, he explains because the scaffolding materials for the structure could very easily be sourced locally for each performance, rather than being transported to different towns throughout a tour, the environmental footprint of the structure is light. 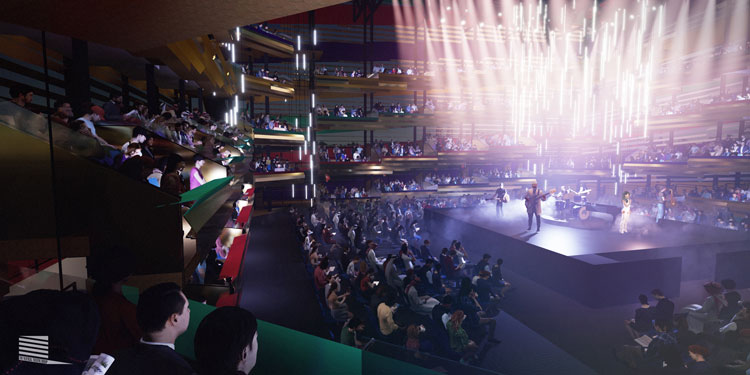 “Shows could travel from one location to the next very efficiently,” Winkler says. “And in the process, we could get some of these shows out of London and into Coventry, Edinburgh or anywhere else.”

Stufish and other Vertical Theatre Group founders are currently in conversation with potential partners to help realise the project, and are “optimistic that the project will be ready to roll out this year.”

Twitter updates its identity to match the “complexity” of conversations today