London-based studio Tangerine has collaborated with Volkswagen Group China on the design of the car manufacture’s first urban aircraft prototype, V.MO. The name is a reference to the project name, Vertical Mobility.

Though the project has been in the works for several years, Tangerine joined the team in February 2022 after winning a competitive pitch to be VW China’s design partner, according to Tangerine director Weiwei He. The studio is responsible for “considering the user expectation, VW Group’s brand, and the engineering requirements to create designs for the exterior and interior of the aircraft,” says He. 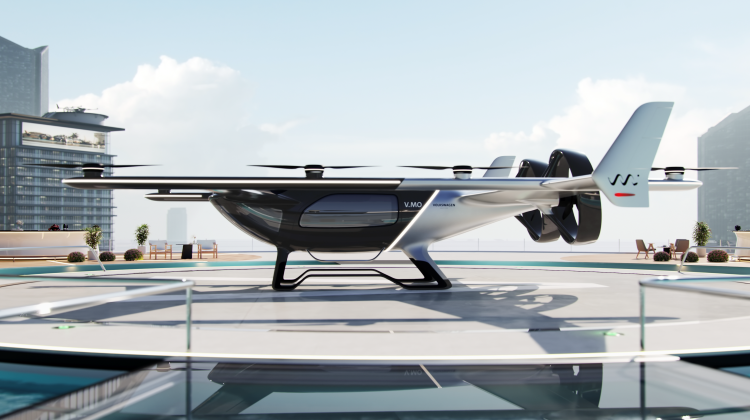 Chinese machine manufacturer Sunward took on the building and engineering requirements of the first prototype. VW Group China carried out the user research as well as coordinating the programme and reviewing the design and engineering work.

The private EVOTL (electric vertical take-off and landing) service is a high-end travel concept initially aimed at wealthy Chinese customers who travel between Chinese megacities for business and leisure. VW and Tangerine say that they targeted over one hundred individuals of this description across China for user research, which heavily influenced the design. 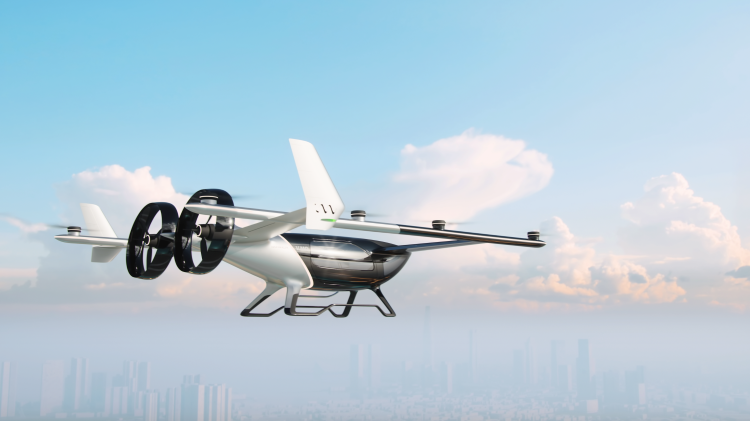 He says that a challenge of the brief was “making it look great and fit the luxury user requirements, while working within lots of different engineering requirements and limitations”. One consideration was coming up with “innovative ideas and methodologies to best define the experience of getting in and out of the aircraft using the EVTOL skate and door dimensions, and then maximation of the interior space to provide enough capacity to create a luxury interior,” she adds.

Tangerine was chosen for the partnership because of its experience in commercial aircraft design and knowledge of passenger experience, according to He. “The exterior is just a taster of what’s to come and we look forward to showcasing the interior design and total customer experience in the near future,” she says.

With eight fixed upward propellors and two rear forward propulsion propellors, the aircraft is designed to be able to carry four passengers and luggage for up to 200 kilometres. It is purely electric and fully autonomous, attempting to “build on existing autonomous driving solutions and battery technology to create zero-emission mobility”, according to VW China. 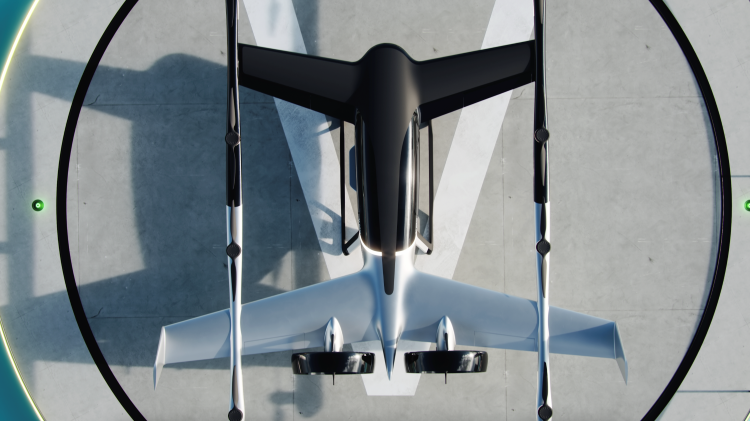 V.MO utilises an aerodynamic skate to lift the vehicle from the ground and support passengers as the enter and exit the cabin. To keep passengers away from the propellors, the aerodynamic cabin is located under the wings, which are 11.2 metres long and span 10.6 metres.

From its X-wing configuration to its black and gold colour scheme, the eVOTL aims to look and feel like the ultimate luxury travel experience, according to VW. The colour palette also nods to the Chinese lunar year of the Tiger and can be read as meaning “more powerful than a tiger”, VW says.

He explains that, while this first prototype is “targeted at private ownership”, future variations of the aircraft will cater to “different user cases”. 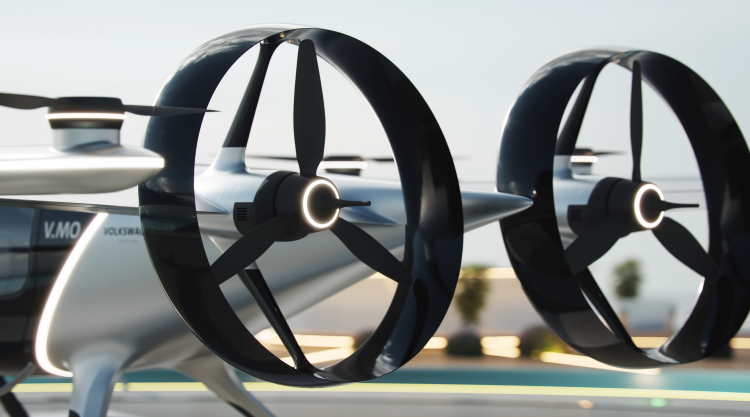 VW China’s CEO Dr. Feng Shin also hints that the tech might not be limited to China for much longer. “With the long-term goal of promoting the industrialisation of this field, we are committed to opening up new opportunities in this emerging and fast-growing market with more wings,” he says.

In recent years, a market for urban aircrafts has begun to emerge and there have been many similar attempts to design and make a vehicle that resembles a flying car, such as Dutch manufacturer Pal-V’s venture in 2017 and Porsche and Boeing’s collaboration in 2019.