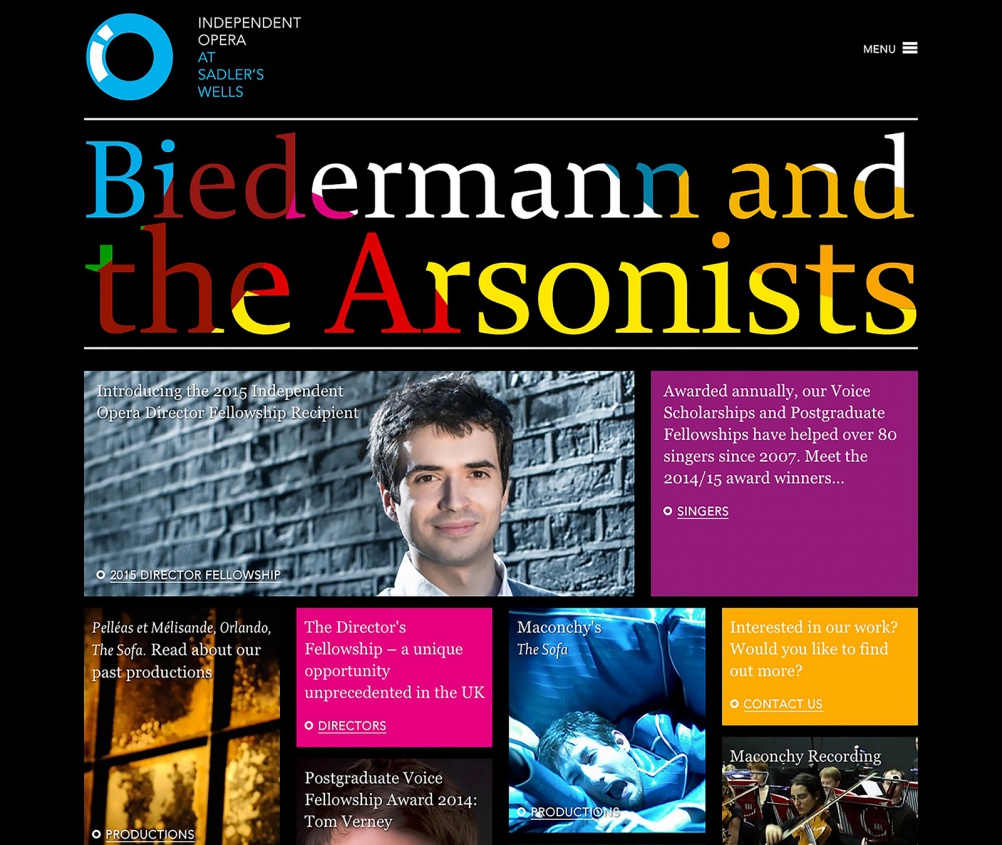 Silk Pearce has redesigned the visual identity and website for the Independent Opera (IO), in line with its 10th anniversary and as part of a new focus on showcasing all facets of the company.

The IO, set up in 2005 and based in Sadler’s Wells, London, is aimed at mentoring and financially supporting young talent in opera, including directors, singers and actors, and those involved in lighting and design. It offers a director’s fellowship to one person every year, giving them the opportunity to direct a yearly performance.

The new look aims to better communicate the “scale and breadth of the company’s work”, says Silk Pearce.

“We wanted to show the energy of the organisation and pinpoint everything that they do,” says Ian Coote, senior designer at Silk Pearce. “It’s not just about the director’s fellowship it offers, but also the support and mentoring they give to singers, as well as the yearly production the fellowship director puts on.”

The new design sees an updated logo, which is a “evolution” of what it was before to a more “modern, simplified” version, says Coote. The combination of the letters ‘I’ and ‘O’ within the same graphic device has been retained.

“The logo was intrinsic,” says Coote. “People know the company simply as ‘IO’. We liked the strength of it – it’s a clear mark that is easily recognisable and associated to Independent Opera.”

Silk Pearce designed the original identity and website for IO when the company was set up, and was invited to work on the redesign project as a result.

The redesign, which took six months, will also be applied to print collateral such as programmes, posters and stationery as it rolls out.

The IO has recently named 25-year-old Max Hoehn as the recipient of its 2015 director fellowship, who will receive £300,000 to direct the UK premiere of Šimon Voseček’s “Biedermann and the Arsonists” this year.