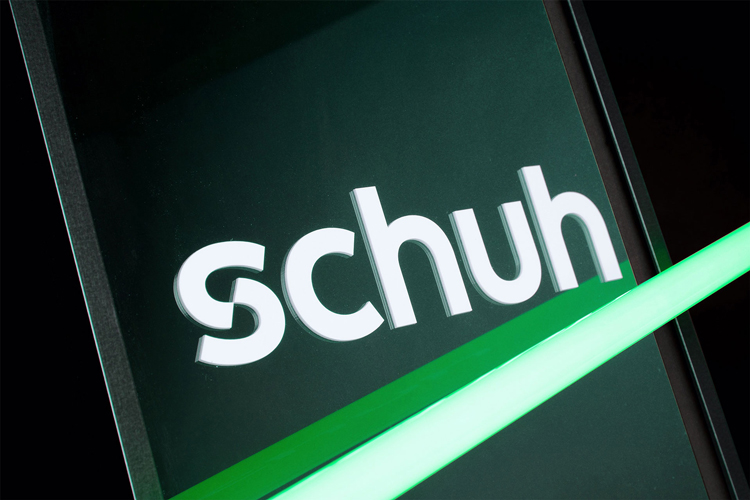 Stockholm-based studio Snask has designed the new look, which is based around making customers feel “welcome” in the shops. 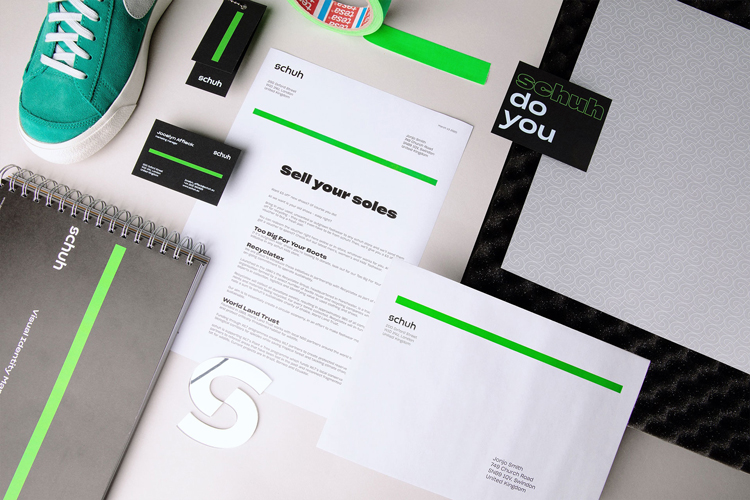 “After being in the business for so long, Schuh’s customer has both aged but also changed from being the young and cool to anyone who has one, or a pair of feet,” he says.

The studio researched what people liked about Schuh, and found that its customer service came out top, especially when compared to other shoe shops with different target audiences.

Öst adds: “There was some tension to go into other cooler stores and being afraid to talk to the people on the shop floor.

“In the end, Schuh has always been about people first, it’s just that now it shows and includes both staff as well as the people in the shows, the customer.”

Finding “refinement” for the brand

A lot of the visual update was about “refinement”. For example, the logotype which Öst says has been “misused and mistreated for several years”. He adds: “It sent to such lengths that the original logo didn’t even exist.” The studio refined it to make it “geometrical” and also “graphically correct once and for all”.

The distinctive “Schuh green” had also been altered so many times that it was “impossible to know which was the ‘real’ one”, Ost says. There were over 20 different hues, according to the designer. Eventually, the team opted for a “bright and intense green”. He says: “We thought, if green is the colour, why not own it and choose a really strong one?” 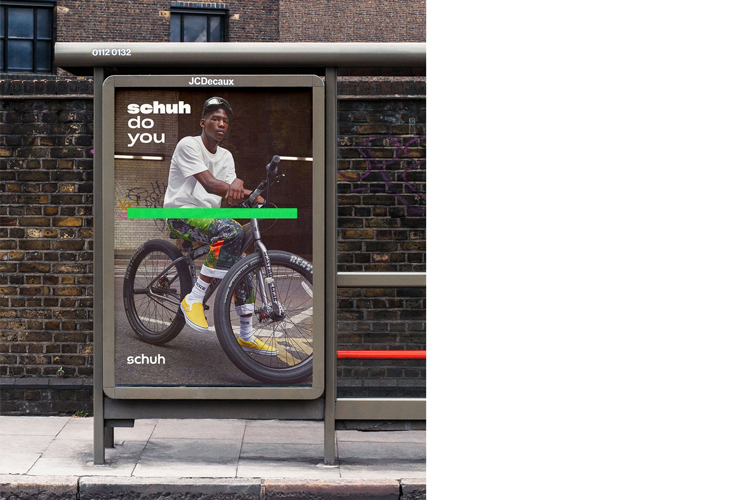 For a secondary colour palette, Snask chose a red, beige, and yellow – “all bright in order to work on the same level as the green”.

Sharp Grotesk has been chosen as the primary typeface, for its “attractive and coherent” look. This provides the brand with a “good range” as well as giving a “big difference in characteristics of the different weights”. A secondary typeface – Breve Display – has been used as a secondary typeface, to highlight short words or prices.

It is a wide-ranging identity, from in stores to online and poster campaigns. One of Öst’s favourite part of the design is the ‘strike’ that runs through the identity. It’s a green strike that can be used to “complement photos as well as any form of asset”. It can used either horizontally or vertically, behind tests and other visual elements.

“It’s a brand carrier that is easily recognised yet very simple,” Öst adds. 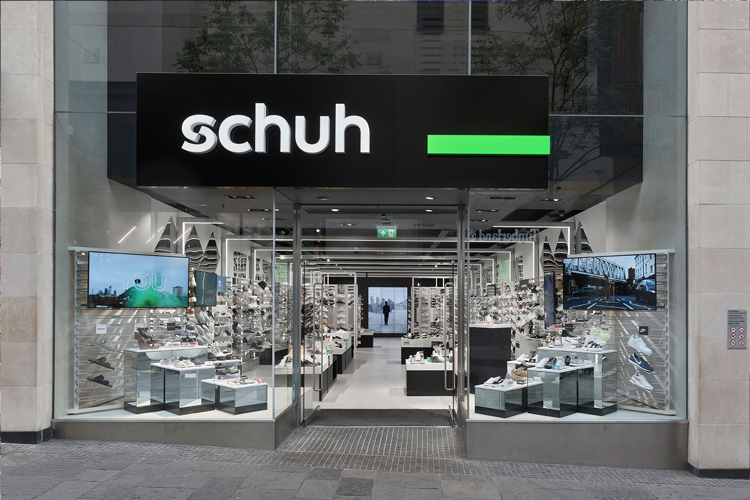