Mandai runs several sites across Singapore, including Singapore Zoo and Jurong Bird Park. For the rebrand, Anak has crafted elements including a rainforest-inspired frame, tone of voice guidelines and a bespoke typeface. 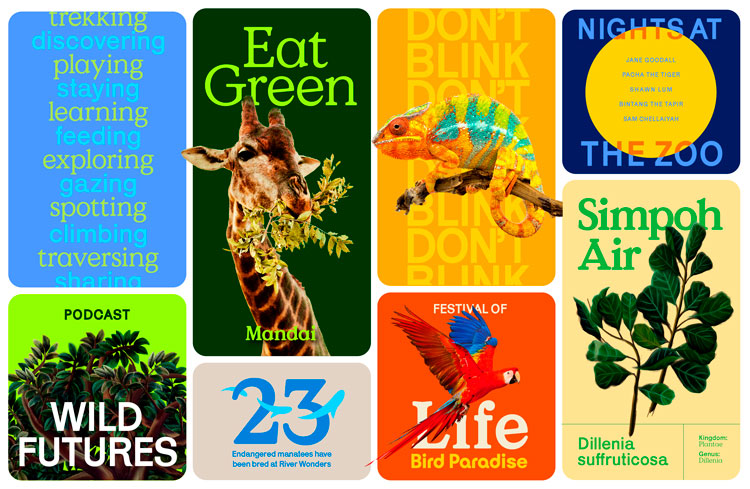 According to Anak associate creative director Kit Chua and senior designer Jeremy Tan, the team approached the project with a personal attachment to these “deeply loved national institutions” as well as an awareness of Mandai’s “epic scale” biodiversity ambitions.

The ambition for the new look was to combine Mandai’s 50 years of experience in zoology and encourage people to engage with biodiversity and wildlife protection, they explain.

While the public perception in zoos has suffered in recent years owing to poor conditions for animals, Singapore Zoo has long been celebrated for its “open zoo” concept, the designers say.

“Zoos all over the world were quite depressing places for both animals and people, with lots of concrete, barred cages, and unnatural elements,” Chua and Tan add. “Back in the ’70s, Singapore Zoo made the decision do away with all that and designed barriers for the habitats that take the form of natural elements such and hedges of moats.” 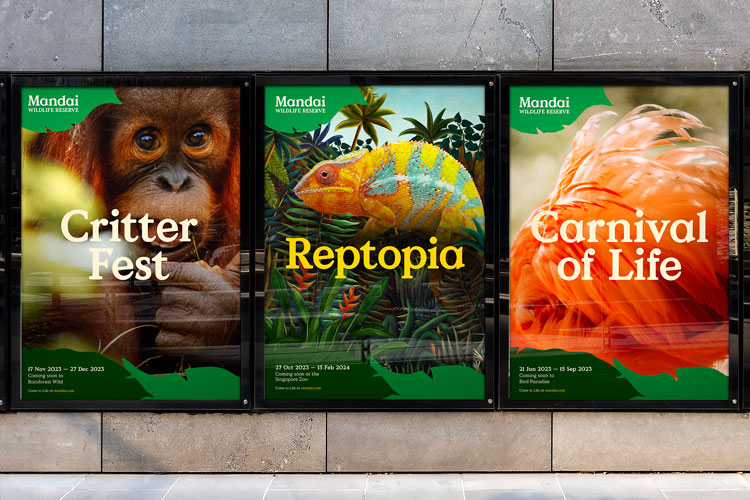 This sense of being among the animals has inspired much of the rebrand, including the ‘tropical frame’ graphic that displays information. Composed of leaves from a native shrub called the simpoh air (an evergreen plant found in swampy areas), the graphic framework aims to create a “feeling of natural wonderful and delightful, spontaneous discovery”, the designers say.

The distinctive leaf forms provide an “instant shorthand for the foliage of the rainforest”, Chua and Tan explain.

They add: “We wanted something functional that would house information but would also recreate that feeling of being in our parks – looking up and all around you, through the hedges of the canopy, spotting a free-ranging orangutan, or a tiger through the trees.”

“For too long, the world’s associations to Singapore have been man-made” 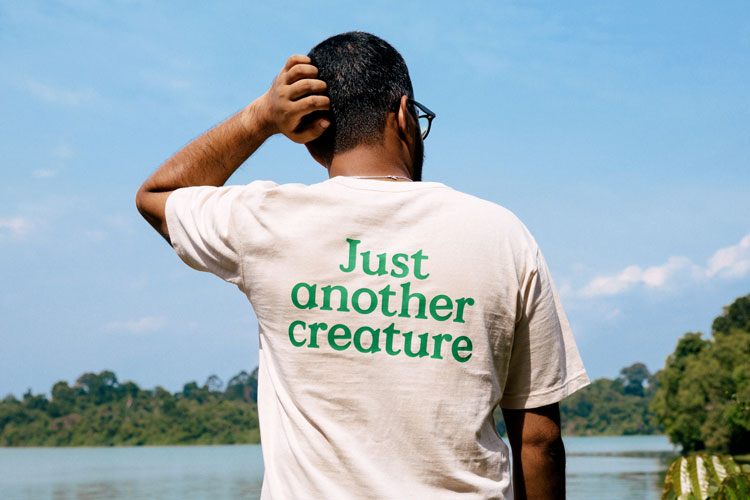 The visuals and new tagline ‘Come to Life’ have been inspired by the region’s rich native biodiversity, the designers explain. They also seek to redress wider perceptions of Singapore.

“For too long, the world’s associations to Singapore have been man-made – our airport, the F1 night rave, even the Supertrees of Gardens by the Bay,” Chua and Tan say. 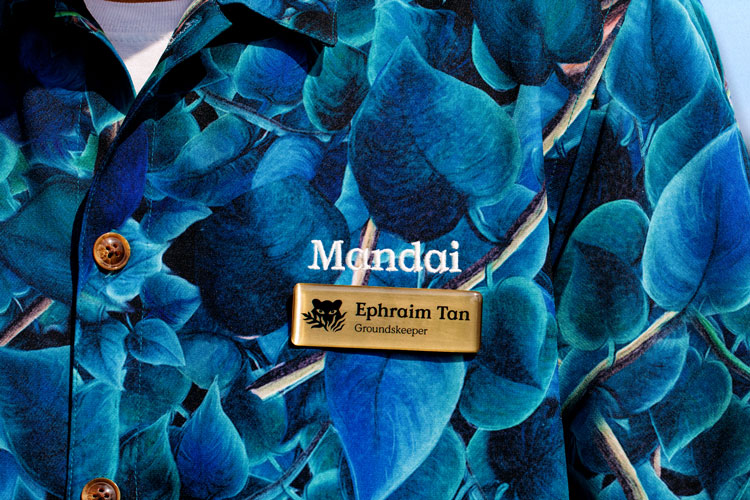 The identity aims to put humans and animals on equal footing, they explain. It rolls out across tone of voice, photography and colour palettes. A T-shirt reads: ‘Just another creature’, for example.

Anak has worked with type foundry Colophon on a new typeface Mandai Value Serif. According to Chua and Tan, the typeface needed to suit many needs – from corporate governance to a children’s book.

Colophon’s Value Serif was the inspiration thanks to its warmth and clarity, they explain. Anak then worked with Colophon to create a “slightly softer version with a more organic feel to it”.

The resulting letterforms are “thicker and more rounded than the original, and have these characterful kinks that break the stiffness of a typical serif form beautifully,” they add.