FIFA has unveiled the branding for the Women’s World Cup 2023, which features several references to the indigenous heritage of host nations New Zealand and Australia.

Design studios Public Address and Works Collective have both worked on the identity, and have engaged the skills of local artists Chern’ee Sutton and Fiona Collis. 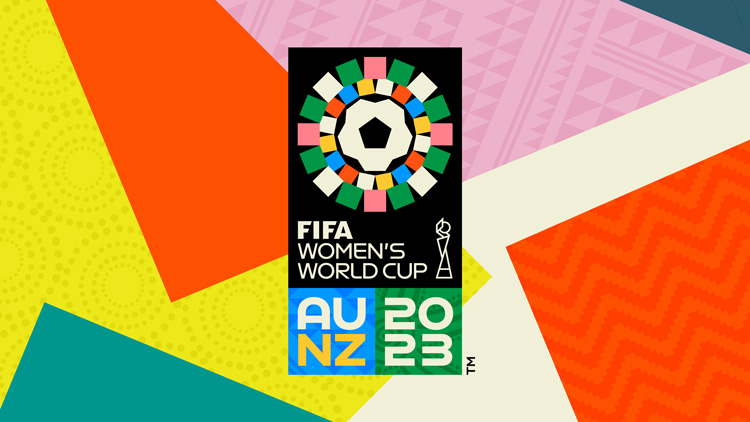 “The spirit and values of the host countries”

At the centre of the identity is the tournament logo. This is a departure from tradition, according to Public Address and Works Collective, which point out that most sporting events “rely on a depiction of their trophy for their emblem”.

Instead, the logo features 32 squares representing the 32 nations that will compete in the tournament. These are arranged in a circle, surrounding a simple football design.

The circular motif is also a nod to “many indigenous Australian and New Zealand cultures”.

“It not only signifies the world’s best coming together, but also the spirit and values of the host countries radiating back out to the world,” the studios say.

“Evoking inclusivity, convergence and the power of the collective”

Meanwhile Sutton and Collis have helped design a series of patterns which are used across the identity. They are set in bright colours and are used as backdrops across communications. In social posts, for example, a patchwork of patterns can be used to replace a background. Meanwhile for broadcast, they can be arranged to create a kind of framing device.

Sutton has developed the Australian patterns, which each have a meaning embedded. A circular pattern made of U-shapes, ovals and lines represents circles of sitting people, accompanied by coolamons (an Aboriginal carrying vessel) and digging sticks, which are traditional tools used by women. Another pattern features large dotted circles intersecting with each other, and this represents the many communities that will unite for the tournament.

Collis’ New Zealand patterns have a similar richness of meaning and have been based on traditional weaving techniques. “The collective mountains are bound together harmoniously within the composition of the pattern, evoking inclusivity, convergence, and the power of the collective,” the artist explains. 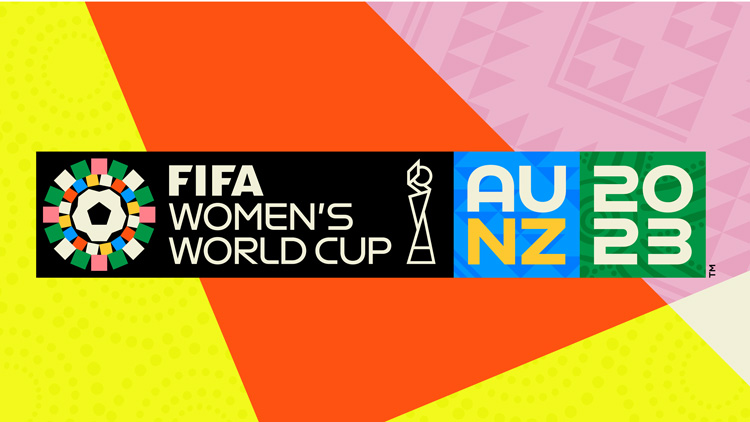 Supporting the main pattern and logo elements is a colour palette devised by Public Address, inspired by the colours found in both countries’ natural landscapes. The studio says the palette, made up of bright pinks, reds, greens, oranges and yellows, looks “beyond the hosts’ flags,” and instead evokes “the regions’ rainforests, earth, mountains, water, and cities”.

Additionally, the typeface used throughout has been developed by New Zealand type designer Alistair McCready. It is described by the studios as “bold, modern and dynamic… like the women who will compete”. The letterforms are inspired by the squares found in the brand’s radial logo.

Accompanying the identity is a launch film, which the studios say, “celebrates the greatness of women’s football around the world – past, present and future”.

What do you think of the Women’s World Cup 2023 brand? Let us know in the comments below…