Woo, a new media brand and editorial platform backed by ITV, has launched with an identity that hopes to embrace the fluidity and tensions in contemporary youth culture.

The platform, aimed at Gen Z users, will feature articles on wellness and culture as well as original shows such as a docuseries entitled Nature’s Calling. In the autumn, it’s set to launch an online store set to sell gender-neutral streetwear and capsule collections.

Its tagline is ‘Feel good here’. Woo’s founder and CEO Stephen Mai explains that he wanted to subvert what people might expect from a wellness and youth brand. “For me that meant doing something different and unexpected – maybe even divisive,” he says.

When it came to branding the new site, Mai says he wanted to avoid any well-worn tropes in youth and wellness categories. While the team wanted something that was gender neutral, they were keen for it to “skew male visually”. “We know most brands in this category lean female and men tend to switch off if they think it’s not for them,” he adds. 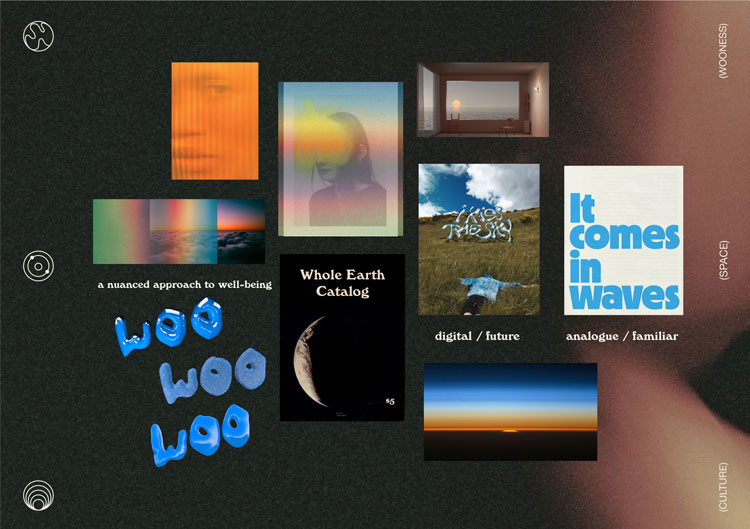 Woo’s visuals have been worked on in collaboration by an in-house team and design director at large Dan Mitchell. “We really dived into youth culture and the key components that make up today’s cultural movement,” Mitchell says, citing a fluidity (across genre and artistic approaches, for example) as well as a balance between digital and nature-inspired influences.

The 3D logo, for instance, has been designed to look “almost water like and touchable yet fiercely new and high gloss,” he adds. More widely, the logo represents Woo’s approach to wellness, Mitchell explains. “Wellness is a journey, and it’s an ever-evolving search and a lifelong commitment to restoring or maintaining balance within yourself,” he says. The 3D nature of the logo – which Mitchell describes as “ever evolving and always moving” – seeks to mimic that journey. 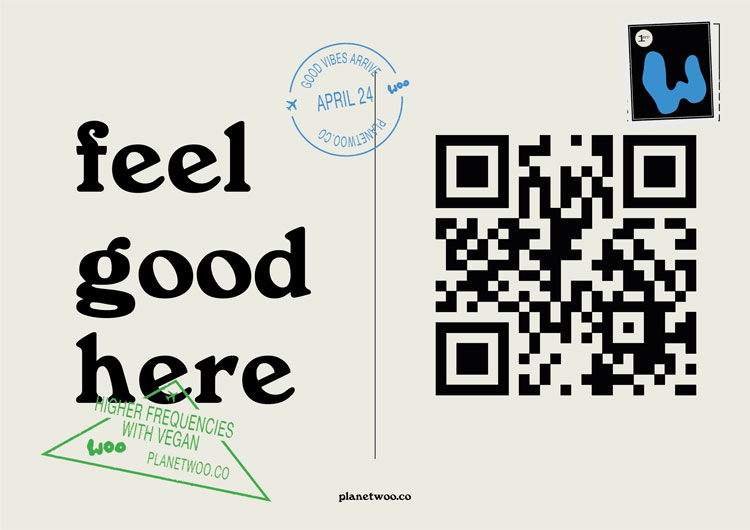 The chosen typefaces are also nods to the tension between the digital and natural world, explains Mitchell. He chose “classic counterculture fonts” from the 1960s, which were inspired by American counterculture how-to book the Whole Earth Catalogue. These have been combined with a range of sans serif fonts, which have a “hand finished feel”.

The colour palette was another way to explore the idea of wellness, according to the designer. The team looked into the “science behind colour tones and how colour changes can affect moods”, he says. The result is an emphasis on gradients, which Mitchell describes as a “journey through colour reflecting the nuance and journey of searching for wellbeing – a colour for every aura through a fluid approach”. 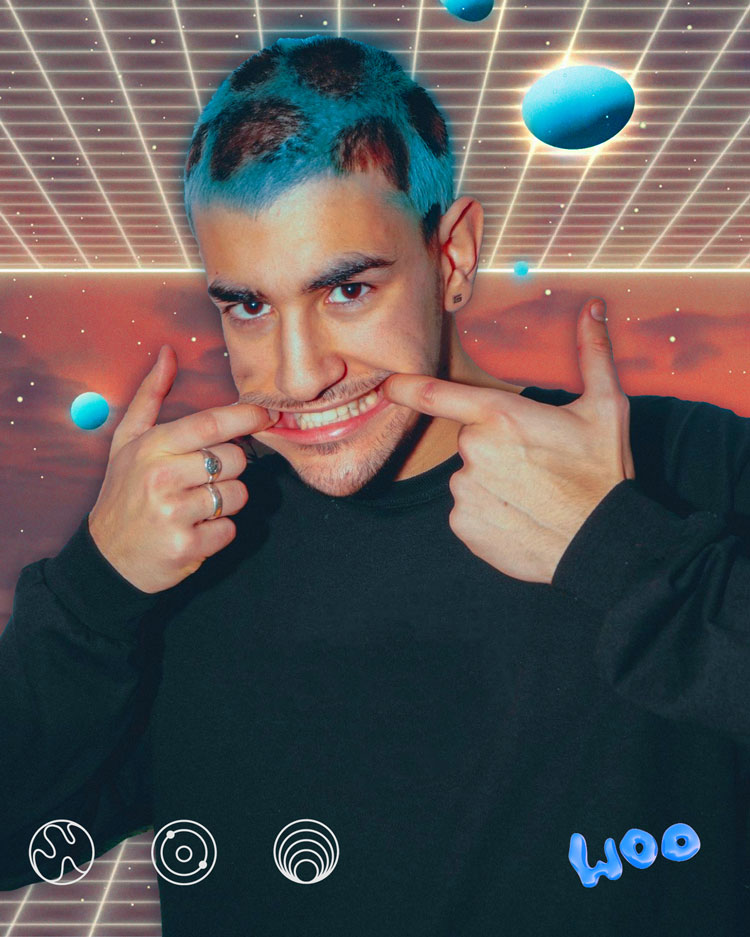 Woo’s art director Kemar Reid explains that the visual choices are an attempt to push back against expectations once more. The process behind picking motion graphic styles, background visuals and artworks usually begins with asking what a comparable platform might do and “totally going against it”, he adds.

The motion graphics aim to match the varied nature of Woo’s content, according to Reid. It involves a mix of colour blocking, fading styles and texture techniques – “all being used with the aim to create a one of a kind, dynamic and modernist visual language within a beautifully warped and vivid world,” Reid adds.

In terms of photography, images have been chosen to reflect the brand’s off-kilter ethos, incorporating a “great mix of .gifs, eye-catching textures and humorous pop culture references”, Reid adds.