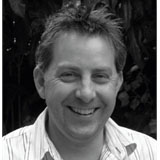 Walking out on the perfect consultancy merger deal at the eleventh hour has had its benefits for the company, says Simon Davies

We thought we had all the boxes ticked and were well on the way to being one half of a successful merger of two design consultancies.

The skills and personality fit seemed right, the client lists were complementary, the combined working practices were clearly mapped and the figures seemed to make sense. Above all, it felt right to me, to Paul Turner (my co-founder) and our team of advisers – this was going to be a smart move.

Backtrack to January last year, when an intriguing letter landed on my desk. Another group was putting out feelers and wanting to talk. Just enough information was given to plant a seed, but no names were mentioned. Who was this anonymous company? Why us?

For the previous couple of years, the reality was that DogStar had been struggling. After a number of boom years riding a profitable wave, it was down to earth with a bump as the bottom fell out of financial services marketing communications, where we were heavily entrenched.

Redundancies were made as we fought to win work in new sectors, but we held on and the bills were paid – albeit sometimes by the skin of our teeth. By early 2005, things were improving, but we were still vulnerable. I replied.

A few grilling meetings followed, conducted by their ‘consultant’, before a name was revealed and an introductory session arranged. We did not know the consultancy, but, with a dig around their website, we quickly got a feel and liked what we saw.

The picture was now emerging – a design group of similar size and ethic, slightly lacking in creative direction, but administratively and, apparently financially, sound. It had space to fill, was profitable and had a growth plan. The founding partners, who were ten years older than us, were clear in defining their desired exit strategy from the outset, and it was not hard for us to spot how we fitted. This had to be worth pursuing.

There followed several months of secret meetings and lunches, where our common goals and the fit were explored. We got to know (and like) the people and the courtship was going well as we began to get into the detail of hammering out the deal.

Five weeks before the proposed wedding date, things started wobbling. Two weeks before walking up the aisle, we called it all off. Why?

Small concerns began to emerge and they got bigger as the negotiations gathered momentum. One reality was that, for us, the dynamics were changing. Having appeared to be the weaker partner at the outset, information was now surfacing that seemed to suggest otherwise. From the numbers we were seeing, we couldn’t form a clear picture.

Another problem was that we did not seem to agree on the importance of well-defined job descriptions. We began to feel that we were relying too much on trust in giving up our identity. This was just not enough, even for a significant shareholding in a venture that looked so potentially successful.

We felt we had to be totally open about our misgivings, but, ultimately, the other team’s lack of understanding of the reasons underpinning them was what caused us to bolt. It could have been brilliant, but, interestingly, we felt good that we were to remain single.

Positively, we had realised that the good things we had taken for granted, having run our own business for ten years, were really good. We found out that these could not translate into the proposed new working environment, following an awkward, informal joint staff introduction. To pull the plug at the last moment (many clients knew) was one of the hardest decisions we’ve ever made, but one of the best.

The toughest thing throughout the experience was keeping our eye on our own ‘business ball’, when always in the back of our minds was the bigger, brighter future that was taking shape behind the scenes. We did manage it – just.

We do not regret the time and effort involved for a minute. Some would argue that this has been a waste of valuable time, but we feel stronger for it – leaner, more focused and with a greater staff and client loyalty than we could ever have imagined. We are now ready to take on the world with a greater understanding of not only our business, but the design industry in general.

Over the past few weeks, a new opportunity has arisen – one we did not actively seek, but one we are more in control of and much better able to manage, thanks to the knowledge we gained during our ‘wasted year’. Watch this space.

Alarm bells should ring if:

• Personality fit becomes too dominant on the agenda

• Clear and concise answers to requested information are not forthcoming

• Strongly expressed concerns are not understood or empathised with

• Too much pressure is applied to achieve impossible deadlines