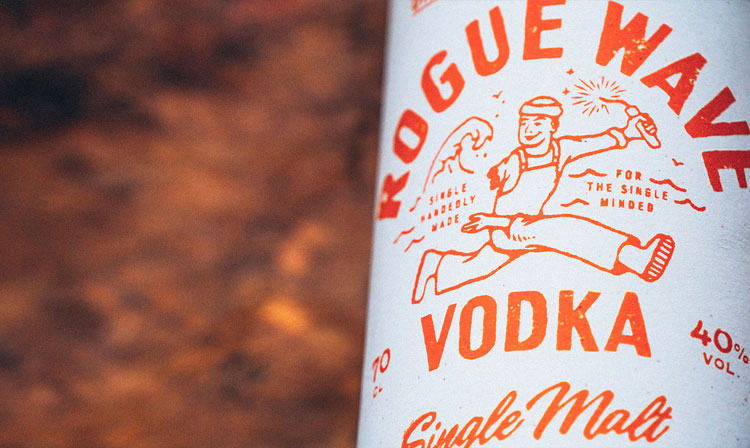 Brewdog, the Scottish brewery, has released a line of vodka, which aims to be the “antithesis of the usual showy vodkas”.

The company worked with Manchester-based design studio, Love, to create the branding for its Rogue Wave vodka. 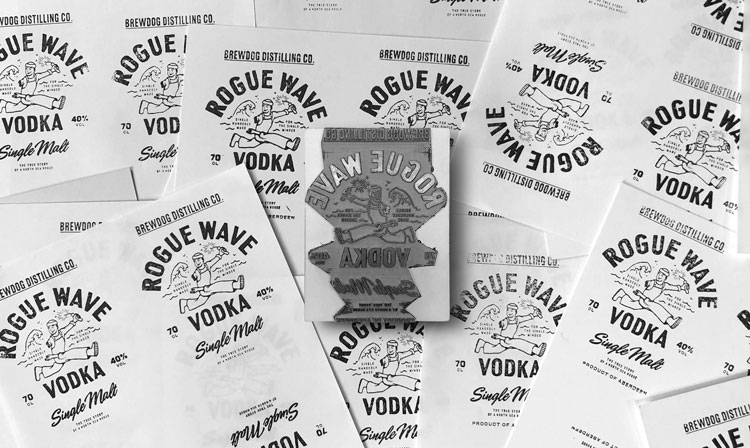 The branding is based on the real story of Brewdog founder James Watts’ cousin, Alex, a fisherman who lost his arm in a fishing accident, according to Love.

Palmer says the “rogueish character” was known “to shoot fireworks at rival fishing boats just for the hell of it”.

The studio “loved the character so much it put him front and centre on the bottle, bounding forward with an indomitable spring in his step”, he adds. 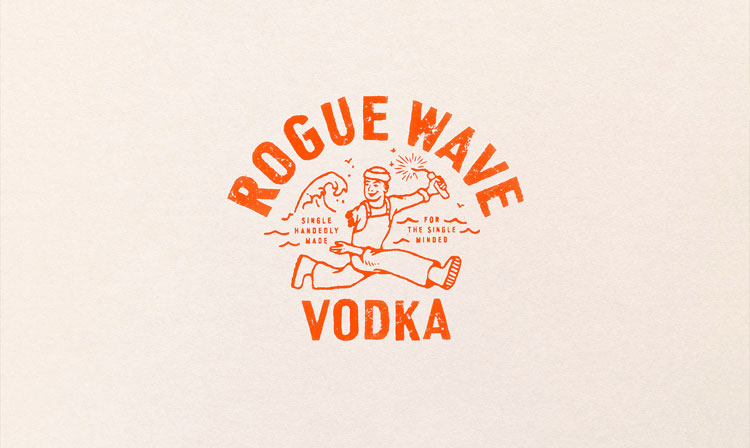 The “deliberately lo-fi” illustrated logo depicts Alex with his severed arm in a pocket and a firework in his hand.

Palmer says the rest of the design details are inspired by “fishing boats not mega yachts” in an attempt to stay true to the spirit’s “gritty” backstory. 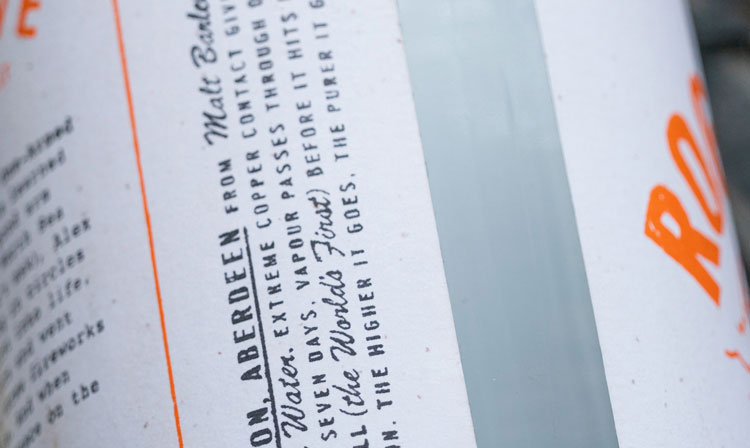 The typographic cues were taken from “Aberdeen dockyards” and the label is “hand stamped for extra craft, grit and authenticity”.

The tagline — a play on Alex’s accident — around the illustration reads: “Single handedly made for the single minded.” 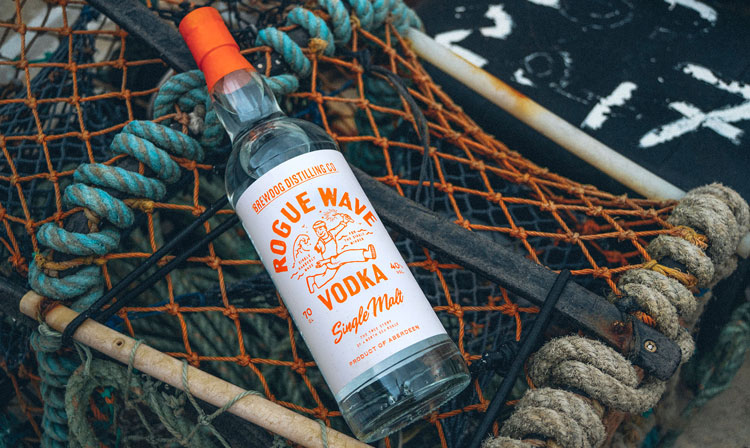 The bright orange colour was inspired by the “world of the North Sea fishermen” and their oilskin overalls, Palmer says.