The consultancy first started working on digital strategy with the museum in October 2013 to establish how the museum could “better represent its audiences” according to Blue State Digital vice president of creative and digital Samir Patel.

Blue State Digital won a separate five-way pitch to redesign the website in May 2014 and has sought to deliver a design “which balances user needs and business objectives and can evolve over time,” says Patel.

User research had shown that visitors to the site were unable to access basic information easily so this was made a primary objective.

“Then we found that when people have visiting information they want to know more,” says Patel, who’s team established three user-focused principals – make it easy, peak my interest and involve me. 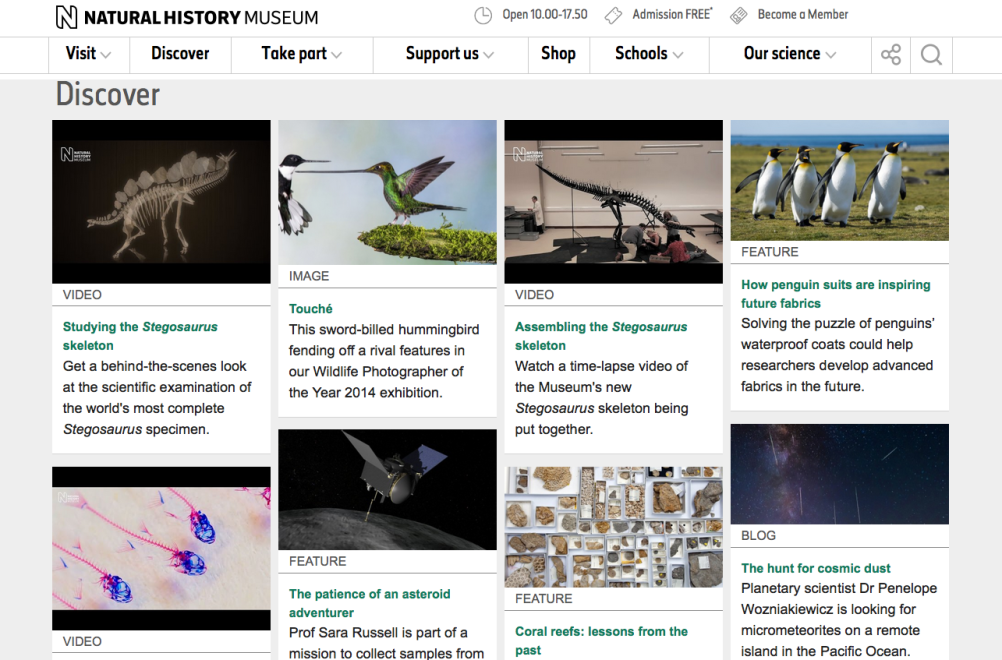 There are also sections encouraging people to Take Part, there’s a Support Us tab, which is based around the museum’s objectives and Shop to help raise revenue.

The Our Science Tab gives way to a series of pictograms which have a different feel and represent a section of the site which will grow over time. It highlights the work of the 300 scientists who work on site. 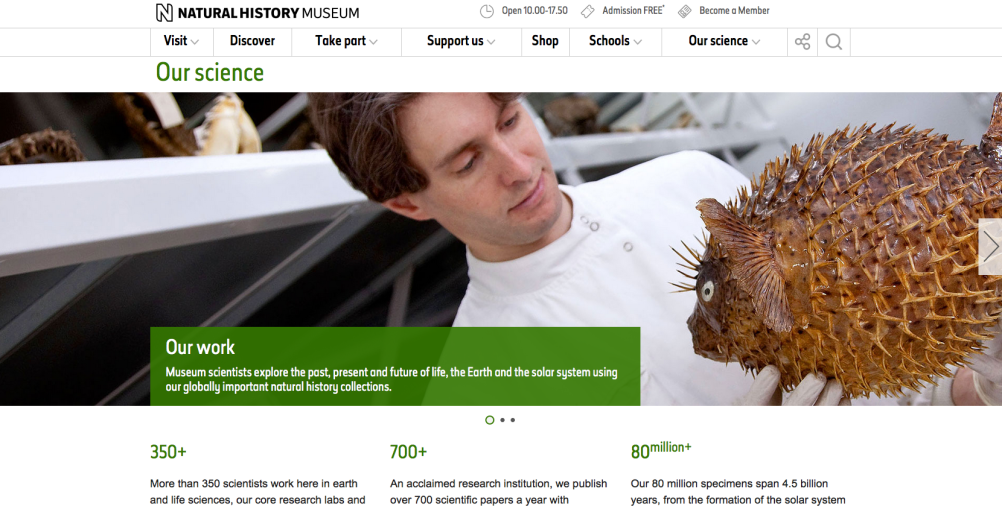 The new site, which has been built around user journeys “is very much a first step” according to Patel who says: “There is a culture of testing and learning in our work and to work out the priority user needs of the future we will need to see what feedback the give us and then work out what’s next.”