Pentagram partner Marina Willer has redesigned Sight and Sound in an attempt to combine the magazine’s heritage with a digital outlook.

The new look is accompanied by a reworking of the title’s editorial content, such as a special archive section which explores features from the magazine’s 90-year history.

Sight and Sound was established in 1932 and is one of the UK’s oldest film publications. It is published by the British Film Institute (BFI).

Though it centres on arthouse film criticism, the title also explores moving-image culture from TV to experimental film and Hollywood blockbusters.

“A nod to the magazine’s amazing heritage” 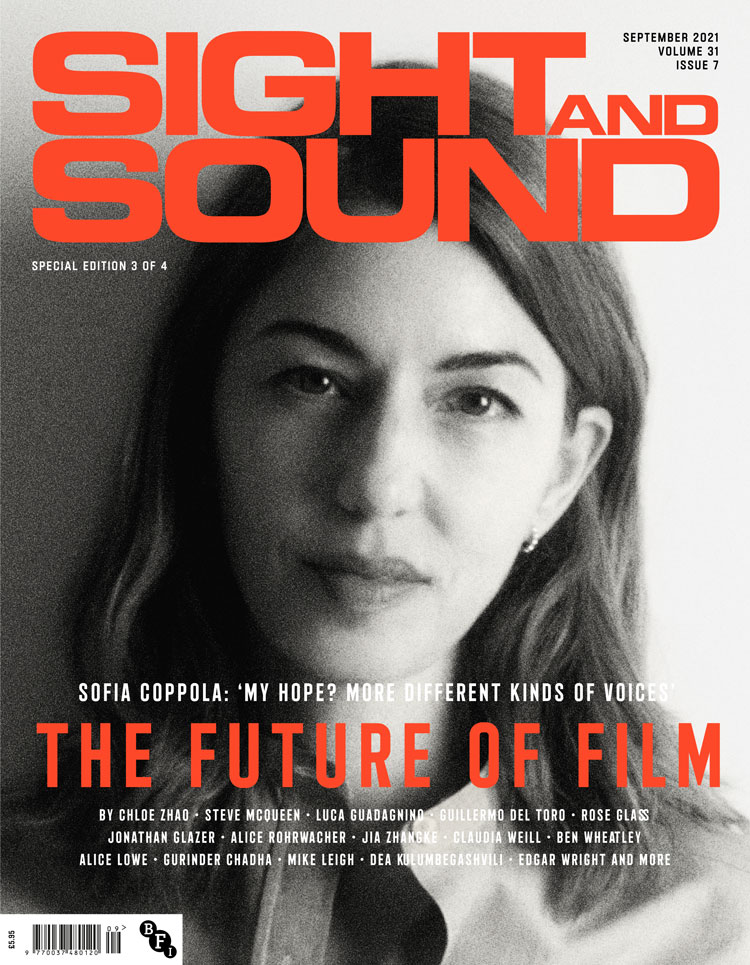 The redesign launches with the magazine’s September issue, which features four cover stars: directors Chloe Zhao, Steve McQueen, Sofia Coppola and Luca Guadagnino. The cover story for the revamped magazine is ‘The Future of Film’.

Sight and Sound’s new logo is a reworking of a previous design from the 1970s, “a nod to the magazine’s amazing heritage”, Willer says. This references an “era that believed in film’s indisputable place in culture and society”, she adds.

The logo also replaces the previous design’s ampersand with an ‘and’. On the four new covers, it appears in neon shades against black and white photography of the directors. 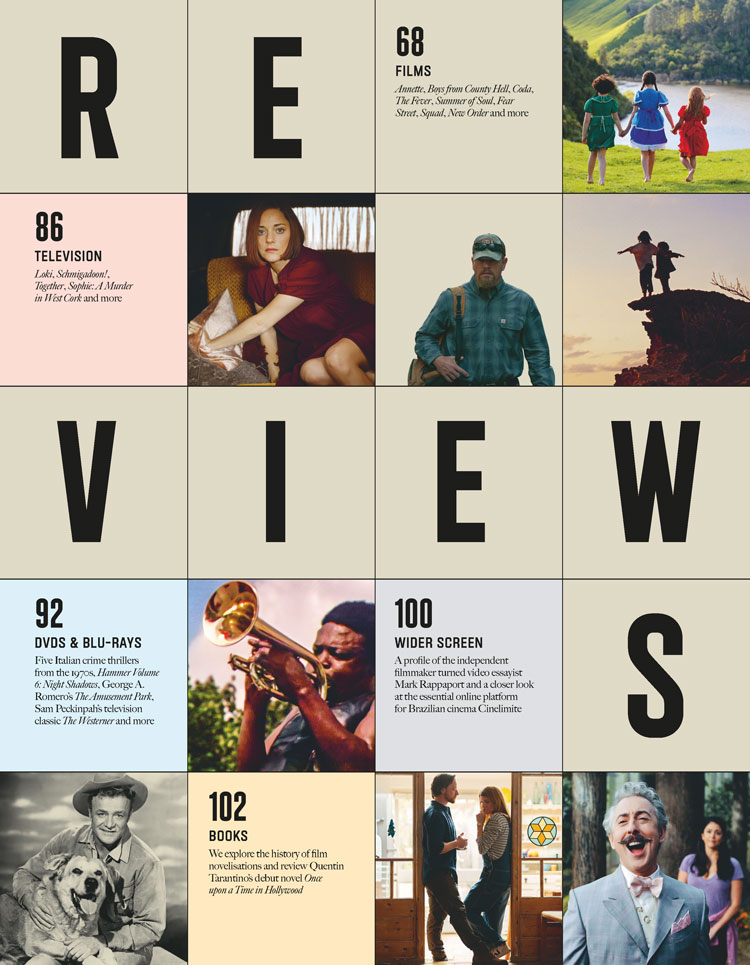 Inside the magazine, the graphic language is inspired by film clapperboards, Willer explains. “Bold typography and visible grids” have also been used to complement the editorial content, she adds, which provide a “contrast in pace and create layouts with real impact”.

Condensed and semi-condensed versions of typeface Plaak (from type foundry 205TF) have been used for headlines, while Matthew Carter’s Big Caslon has been used for body copy.

Black is featured heavily throughout the magazine, Willer explains, thanks to its close associations with film and cinema. The design team has also developed a complementary colour system, where different colour backgrounds signpost distinct sections. 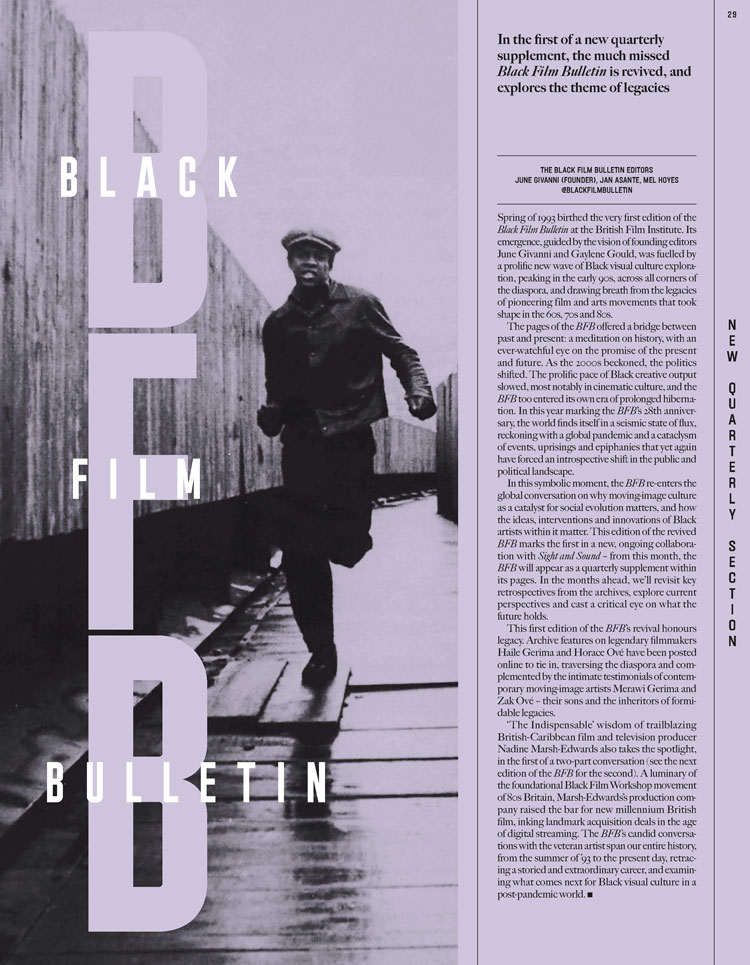 According to the designer, the new system allows for added “drama”. “The bold juxtaposition of type and images adds drama to the opening spreads, and images can appear as full-bleed, cropped, or cut-out circles,” Willer says. Some spreads also feature headlines which run vertically.

The redesign was a result of considering “the DNA of Sight and Sound and thinking of it as an ecosystem”, she says.

With a focus on curated content, rather than simply covering as many films as possible, the updated look hopes to make the magazine more “collectable and special”, Willer adds. 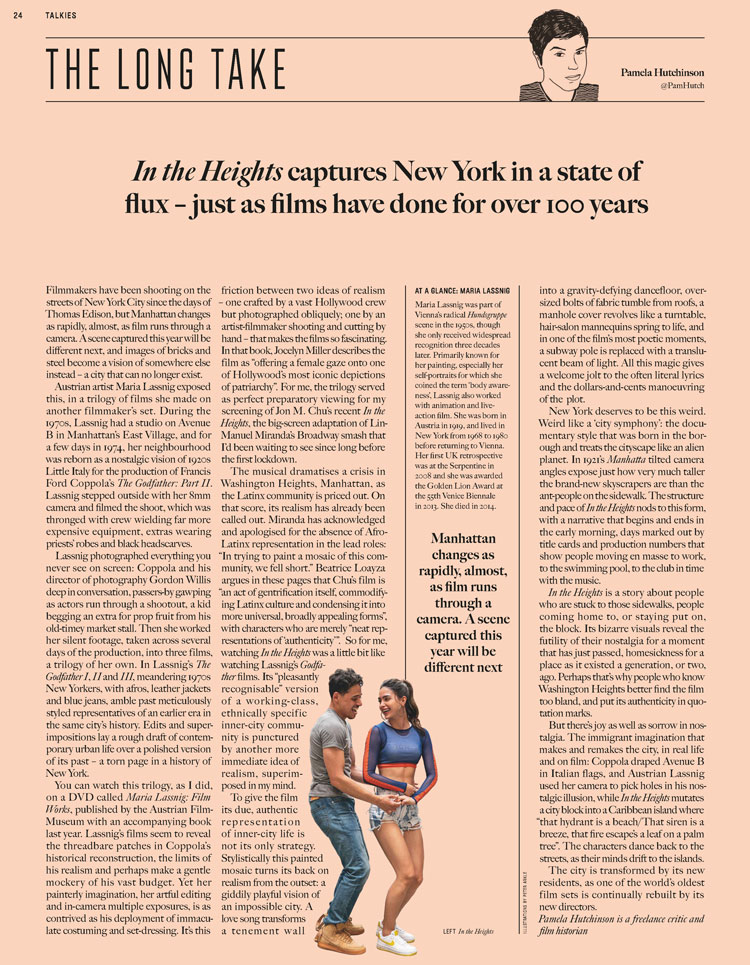 At the same time it’s complemented with a brand that is more digital-facing, according to the designer, “making it relevant to our times”.

As part of the updated editorial approach, there will be a quarterly collaboration with black cinema publication Black Film Bulletin. Sight and Sound is also introducing three new columnists, including Jonathan Ross.

What do you think of Sight and Sound’s new look? Let us know in the comments below.