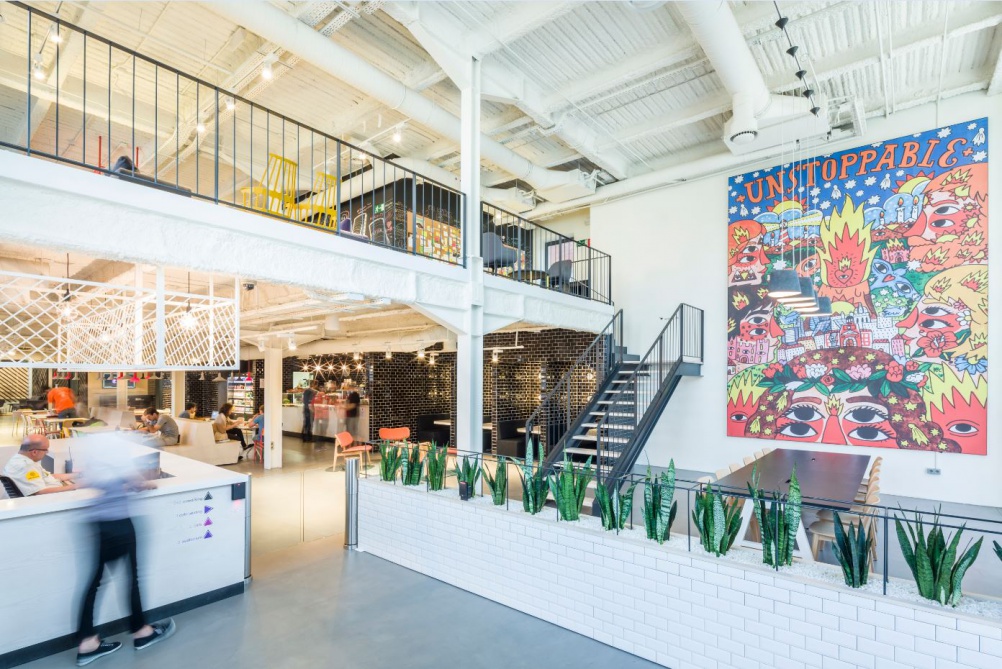 Jump Studios has designed the Google Campus in Madrid for Google staff and start-up entrepreneurs, introducing a concept which it hopes will aid communication on- and off-line.

Interiors specialist Jump Studios is owned by multi-disciplinary architecture practice Populous and is also responsible for the design of Google’s London Campus.

The Google Campus space is an incubator for start-ups and offers pre-accelerator programmes, business mentoring and community engagement.

7,000 people will work in the building

The Madrid campus, formerly a battery factory and originally built in the 19th Century, hosts 7,000 members and has taken in 50 resident companies.

A new entrance has been installed on the south side of the building, opening it up to a public plaza and a main road through an external staircase. The new entrance means that more natural light can flow in.

Inside the entryway, an artwork by local artist Ricardo Cavolo, entitled Unstoppable has been commissioned, which leads onto a campus café where lounge seating and private booths fan out over two floors.

Bright primary Google colours intersperse the space, as well as timber, to create a “relaxed and fresh environment”, according to Jump studios. Meanwhile a feature “cage-light” made of red steel is the centrepiece of the space running above a 7m meeting table.

The north side of the building is a triple-height space with a capacity for 200. Part of the building’s original structure has been retained, including steel ceiling beams, allowing for “future floor plan extension” if more work-space is needed, according to Jump Studios.

The auditorium has west-facing windows to let natural light in and a south-facing wall, which lets light in but retains privacy through applied graphics showing a Madrid streetscape.

Jumps Studios senior associate Michelle Nicholls says: “The consideration Google has for its Campus members needed to be mirrored in an environment that enables and fosters effective communication with clients and co-workers in both physical and virtual formats.

“No two start-ups are the same and this is acknowledged in our design by the creation of a variety of formal and informal spaces that will allow members to grow not only as businesses but also as individuals.”

Campus Madrid’s second and third floors are occupied by Google’s members where “upholstered nooks” have been created for private meetings and bespoke mobile breakout benches have been introduced to create flexible working-spaces.

Each meeting room has a colour palette inspired by famous Spanish artists including Picasso and Joaquín Sorolla y Bastida. 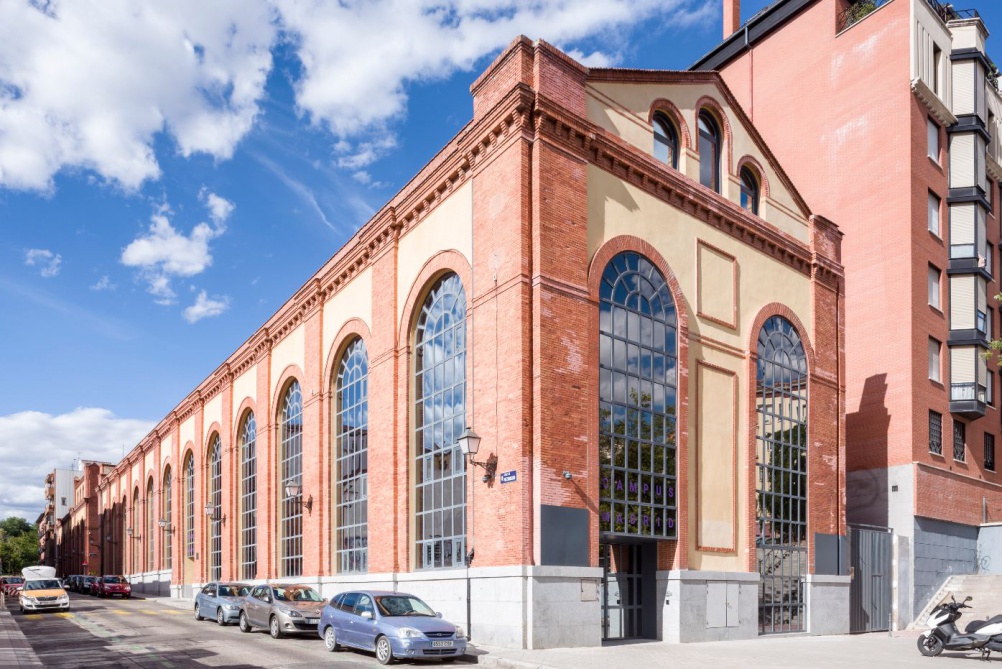 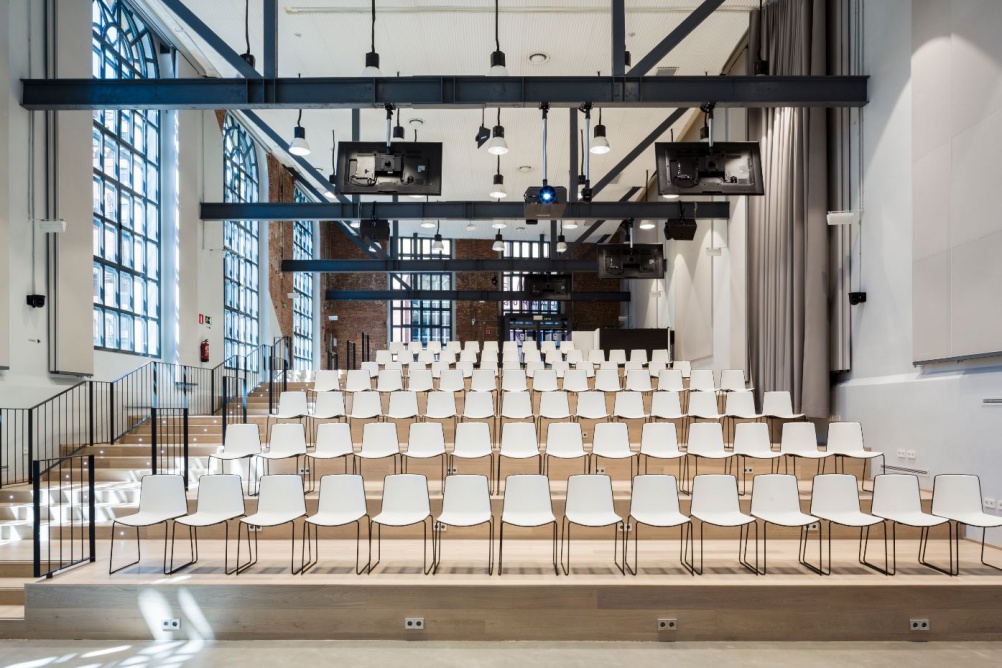 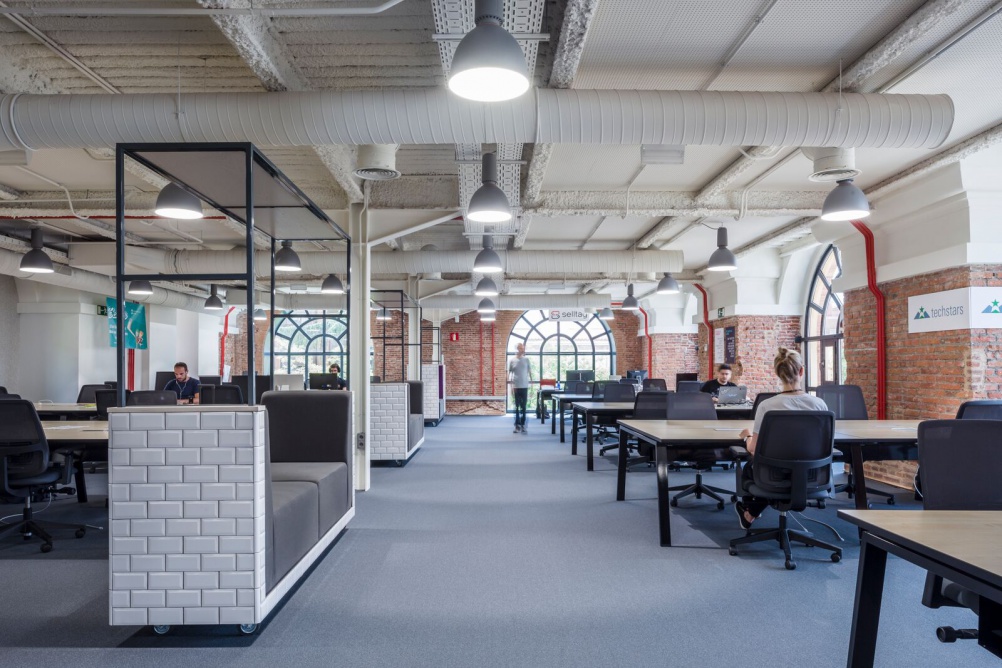 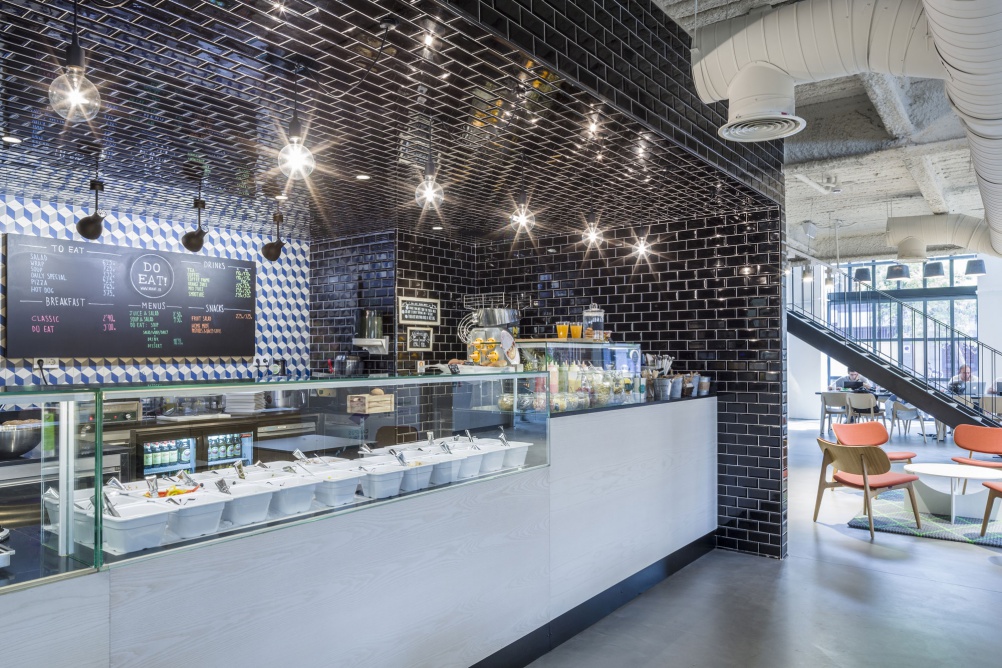 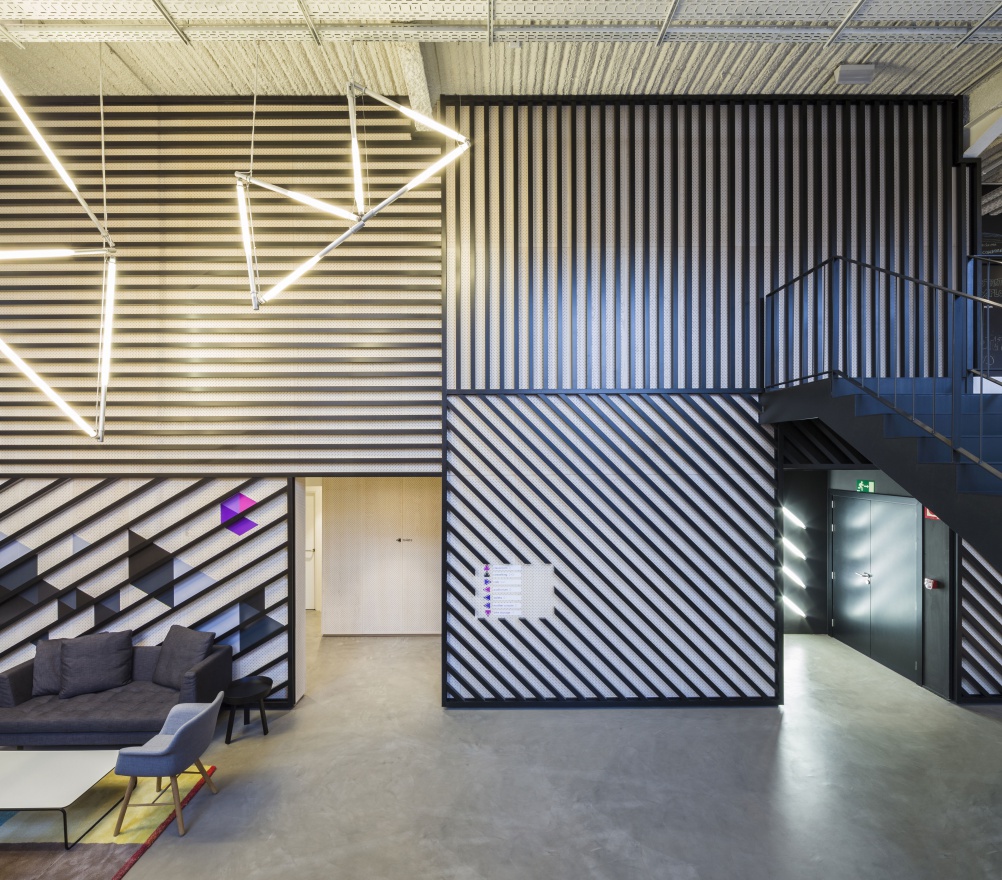 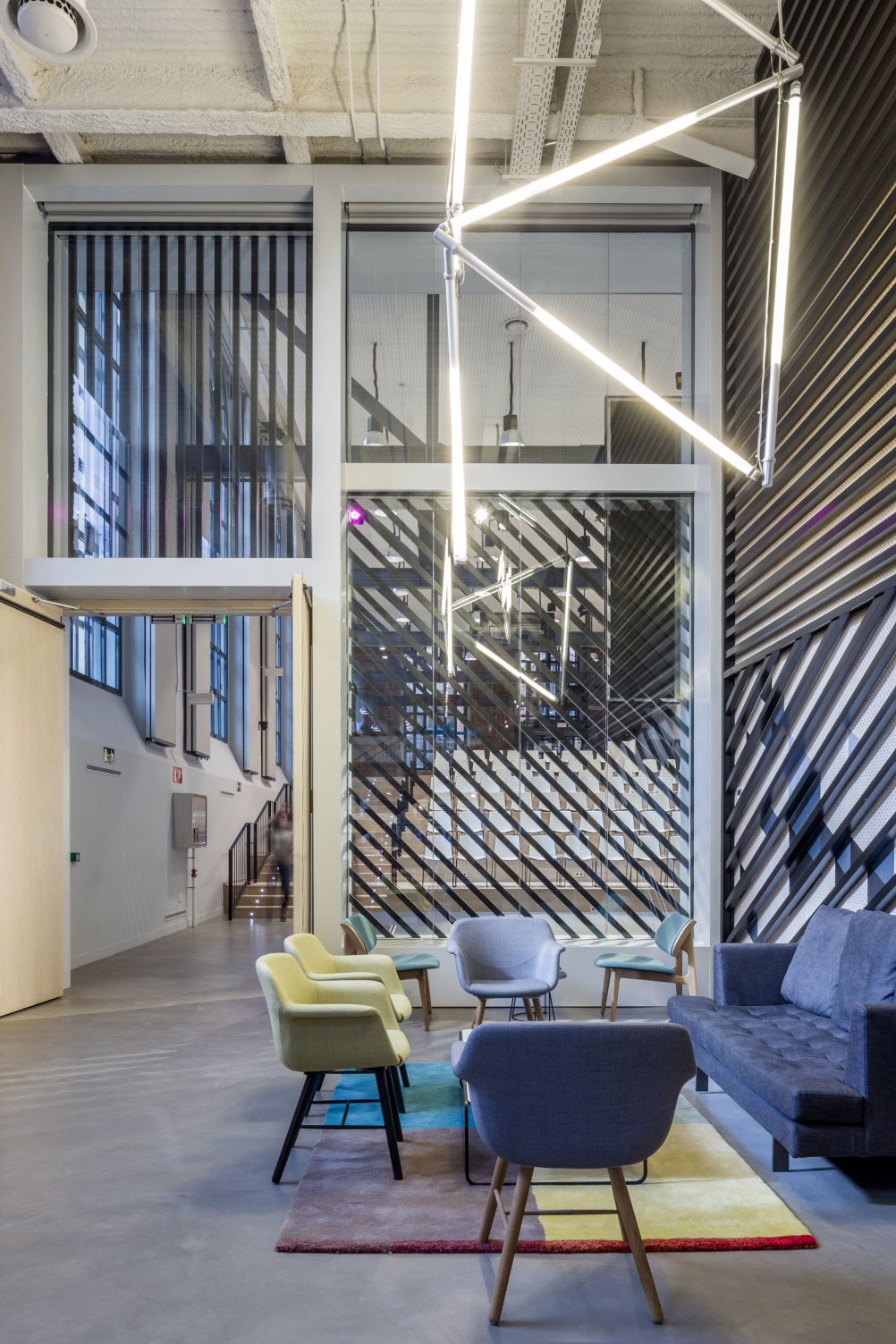 All images by Gareth Gardener.

New office chair lets you sit, stand or lie down