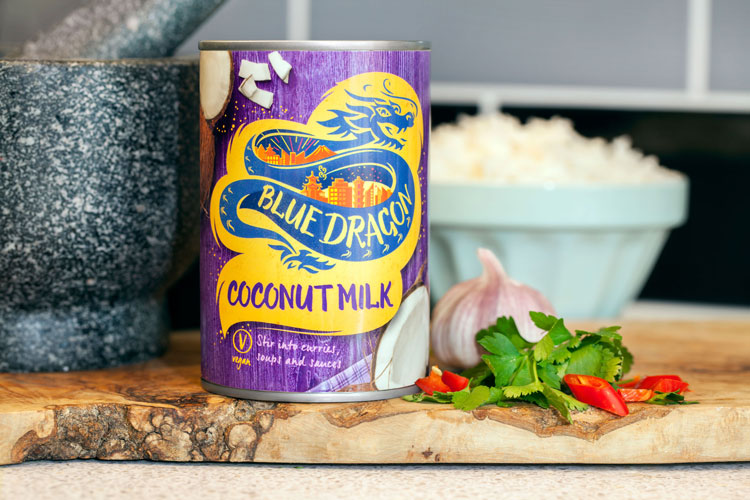 BrandOpus has designed a new visual identity and packaging for East Asian food brand Blue Dragon, which looks to ditch its “old-fashioned, clichéd” look for something more “exciting and contemporary”.

The rebrand sees a new blue dragon motif, which holds the brand name within it, against a yellow background.

Orange landmarks and buildings surround the dragon, which aims to be “multi-faceted” and represent a river making its way around various cities, says BrandOpus design director Ed Clark, to reflect “the brand’s connection to different parts of East Asia”.

The previous branding saw a brush-script logotype of Chinese-style characters, alongside a smaller blue dragon symbol, encased within a cream-coloured square.

“It was a little bit old-fashioned,” says Clark. “The blue dragon identity was clichéd, as were the mock Chinese characters, and the generic, Asian-style watercolour images in the background. This was quite a compromise on the brand’s authenticity. We wanted to create something more vibrant which conveyed contemporary food culture.”

The logo has kept the blue and yellow colours associated with the brand but they are now brighter and less pastel, and the colour palette has been extended across packaging to differentiate products.

A new food photography style has also been incorporated, which aims to replicate photos taken on Instagram and Pinterest, with a top-down, less formal, “in the moment” photography style and “expressive” placement of ingredients and utensils, says Clark.

The new branding and packaging is currently rolling out in the UK across on-shelf products, marketing materials and online. It will roll out globally later this year.

Blue Dragon was founded in the 1980s, and is named after the Chinese symbol of good fortune, according to the company. 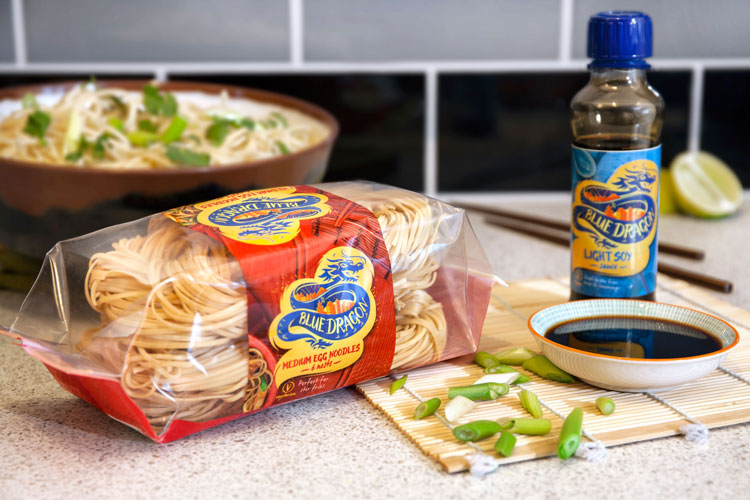 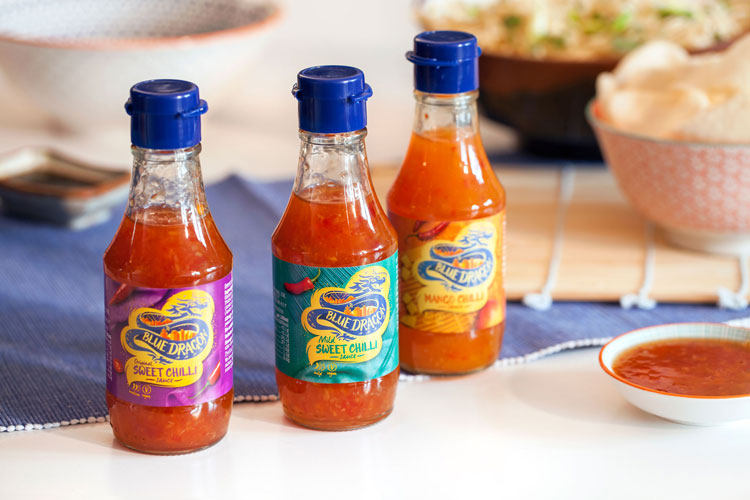 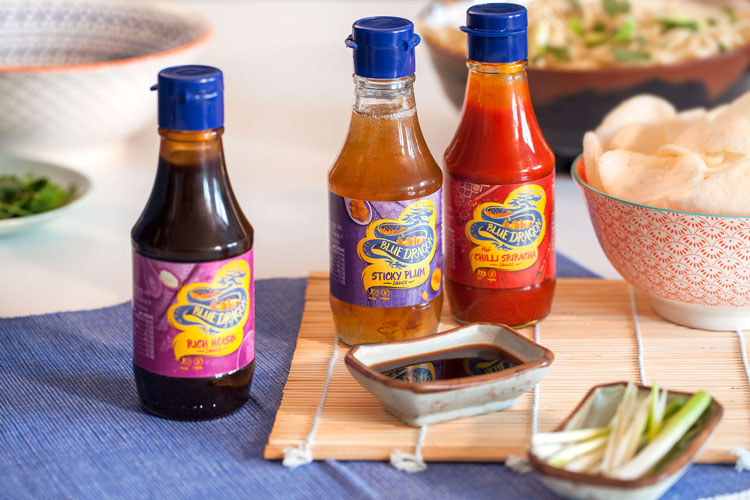 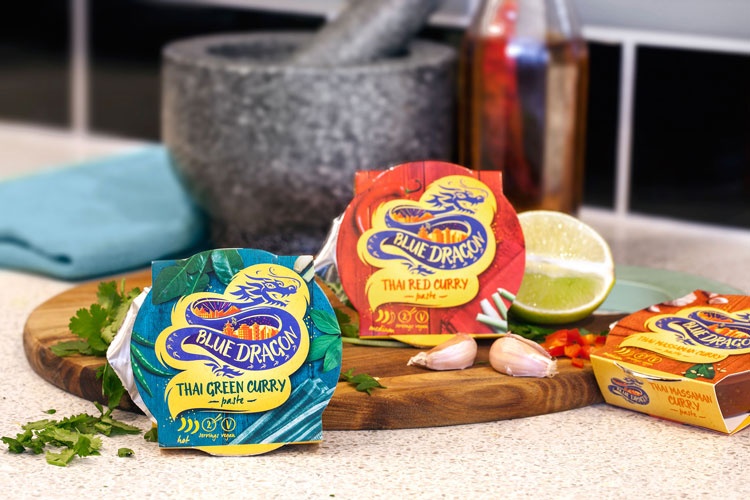 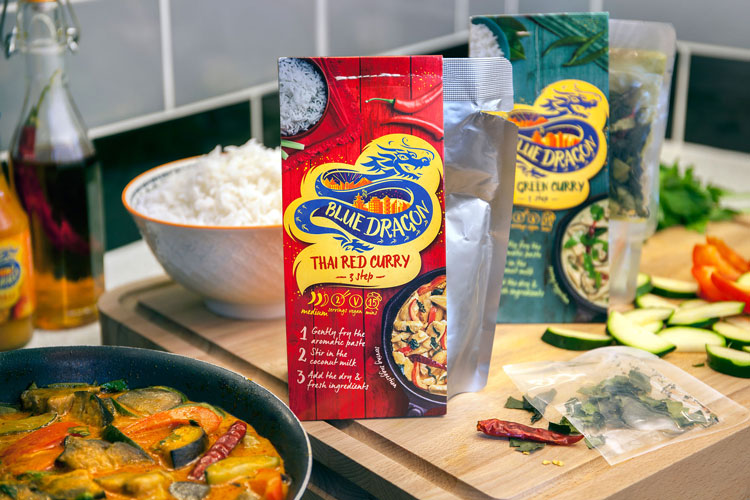