Joyn is a “near-future concept” which rewards “sustainable behaviour” and makes “ride sharing more desirable as a form of transport”. 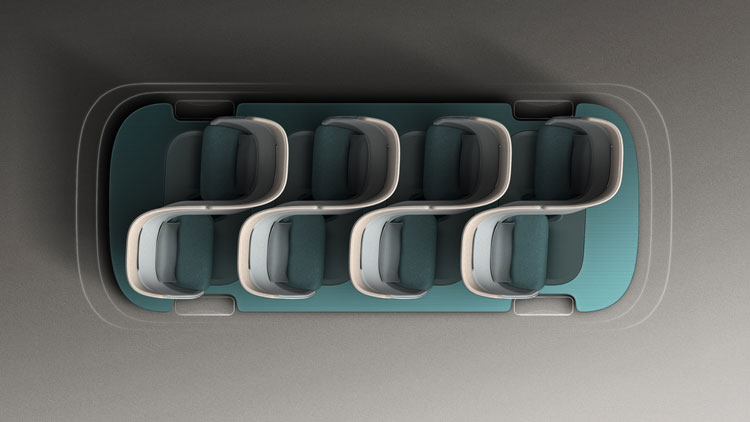 “More and more people desire to have a smaller footprint on the planet,” Hubert tells Design Week. “But most people are still not yet prepared to make the trade-off that makes that possible.”

He adds: “Often the reason people choose not to get a pool is because they don’t necessarily want to be in a small space with strangers and make that journey across a city.”

Ride sharing has a growing demand, driven by lower car ownership among younger generations as well as the popularity of apps like Uber. Joyn is an attempt to meet some of the challenges the sector faces, including safety, accountability and sustainability.

Modular seat pairs have been created “to maximise privacy”. The seats face opposite ways and are divided by “dynamic wings” that can either be kept closed (and private) or opened out so that two passengers can sit in a “buddy seat” configuration. 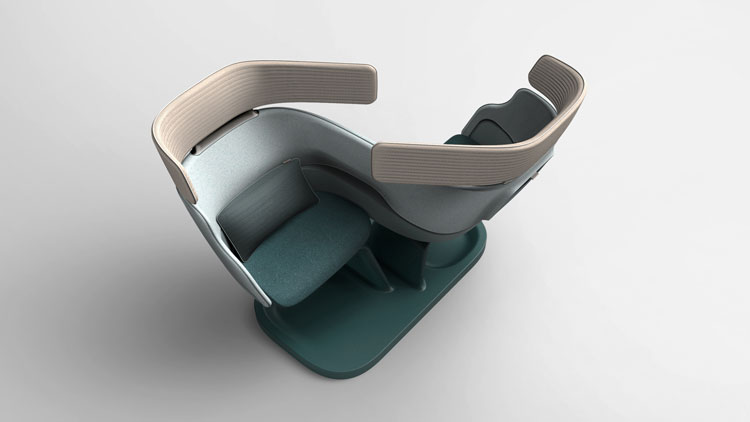 The flexible system also means that when passengers do talk, they are face-to-face rather than side-by -side. The modular system also allows for vehicles to achieve different configurations, depending on the passenger group.

The seating system is an attempt to make the journey more “comfortable” and therefore “palatable”, Hubert says. The studio has worked on the project for the past twelve months, in a process that involved interviews and workshops.

The project was about introducing “as much privacy, as much as your own space as possible, but within a format that allows for multiple people to take a journey and therefore the carbon footprint could be a little smaller.”

The car’s interiors are taken from residential designs, rather than traditional transport systems in an attempt to create a “soft, human-focused space”.

Hubert says that interiors are a “blend between technical performance and task-based features and materials”. The more residential design cues are also “softer, welcoming, and an inviting palette of textures and colours”. 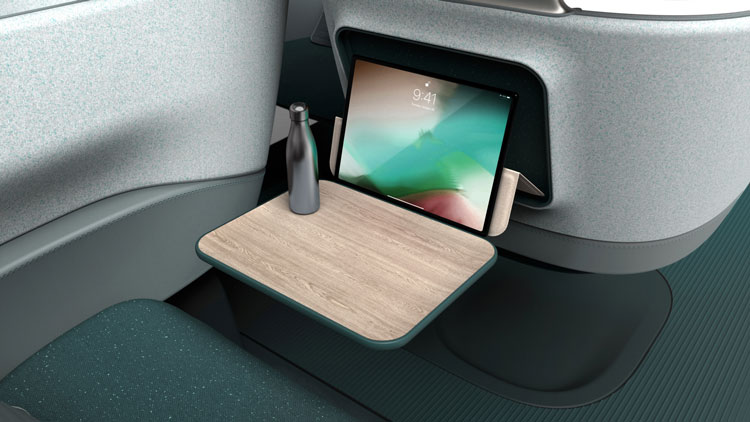 It also has “potentially work-based” purposes — there are pull-down tables and charging points, for example.

Sustainability was key for the interiors as well: materials used include pineapple leather and natural fibres. The exterior is a “smart glass ‘bubble’.

“We were mindful that we wanted to have something that felt like a very cosy environment,” Hubert says. 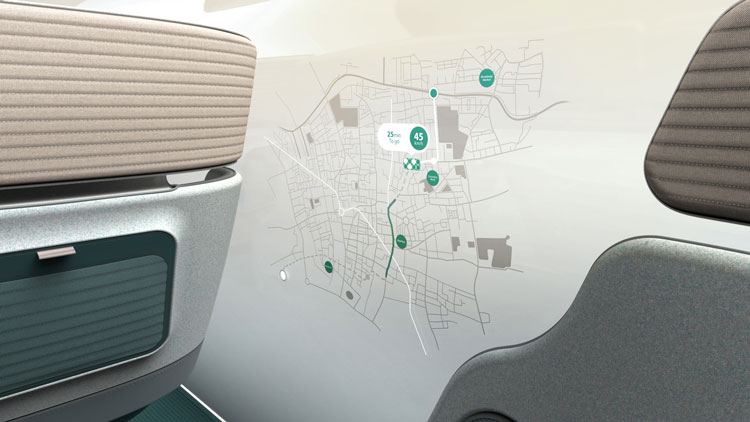 “An exciting and engaging social network”

As an incentive for more environmentally-friendly behaviour, Joyn comes with an “exciting and engaging social network”. Riders earn points for rides that are more eco-friendly, like those that have more passengers or follow a more direct route.

These points can then be used in exchange for goods and services from Joyn’s partners — such as coffee or restaurant discounts.

How soon is the “near future”?

Hubert says that he expects it to attract “visceral” reactions. “But I think that’s the purpose of a design concept.”

And while there is a wider trend of autonomy in the automobile industry — as displayed at this year’s Consumer Electronics Show in Las Vegas, US — Hubert imagines that some of Joyn’s features could be implemented in five to ten years’ time.