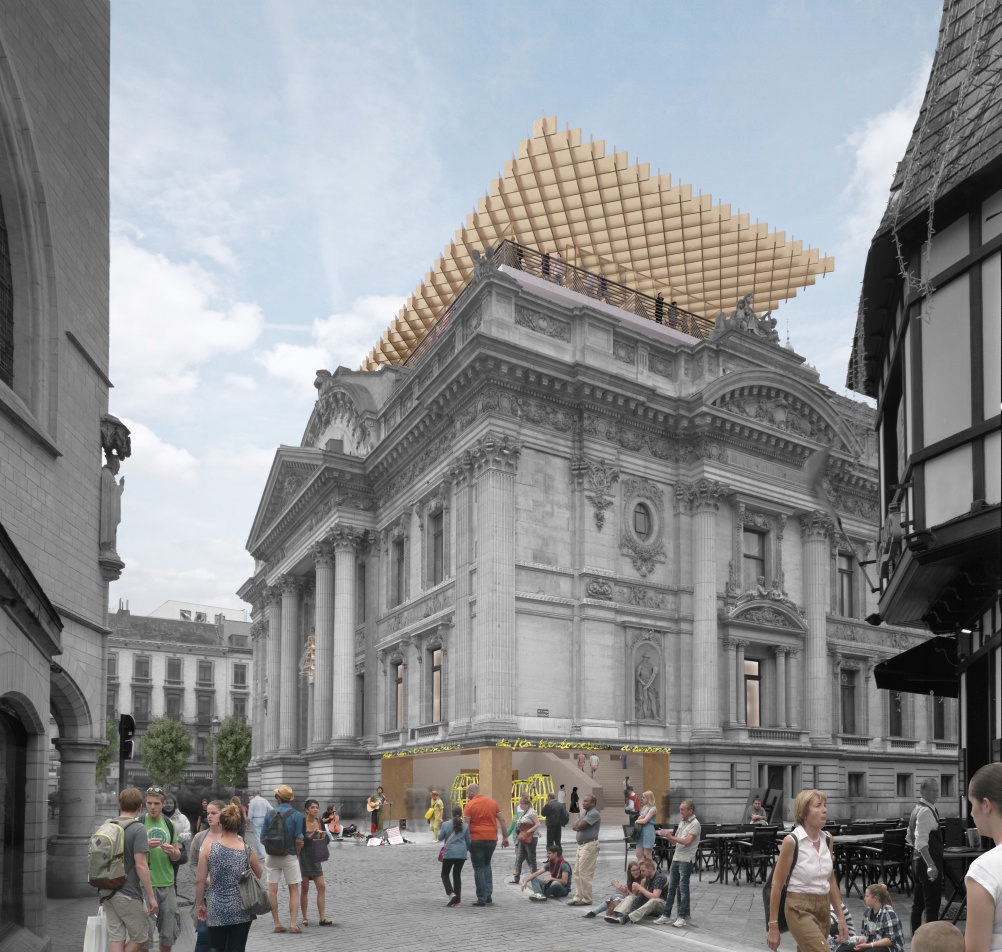 Mather & Co is working on a project to turn the former Brussels Stock Exchange into the Belgian Beer Palace.

The consultancy is part of a consortium which includes architects Robbrecht en Daem, Baneton Garrino and many other specialists.

Visitors will learn about the history, ingredients, invention and craftsmanship and brewing process of beer as part of a highly interactive exhibition.

Mather & Co design director Dan Proctor says: “It uses RFID technology and allows people to collect information as they go round and it builds up a log of their tastes and the processes they’re interested in, creating a personal menu.”

There are plans to link it to a website and a mobile app so visitors can carry on their experience in Brussels bars and it may even have an algorithm to recommend products based on taste.

Proctor says the consortium of consultancies and experts is the biggest design team he has ever been involved in, which is fitting for the “cathedral-like” building.

“The whole point is to show the Belgian beer drinking culture and how it’s part of life, like wine drinking in France, but it won’t be like the Guinness or Heineken experiences – it will represent 1,500 brands.”

“A virtual barman will teach people about etiquette”

The experience will comprise restaurants, shops and cafes and the exhibition, designed by Mather & Co, which begins as a “stylized brasserie”.

“A virtual barman will teach people about etiquette and serving and different characters will come forward to show what beer means to them. It will be AV-based and there might be projections on table-tops to make things more interactive,” Proctor says.

A historical section maps out how beer drinking culture has evolved, beginning with Trappist monks. An interactive timeline will be broken by immersive pods, which will take people to different times and environments.

Hops, wheat and herbs will be grown inside

At this juncture the exhibition crosses with a key feature being designed by the architects where “hanging gardens” of live hops, wheat and herbs will be flooded with natural light. Mather & Co will create an interpretive narrative alongside this experience.

As the exhibition continues brewing is explored through the stories of individuals which are told through projection mapping onto the inside of the building.

“In Germany there are lots of strict brewing rules but in Belgium there are still monks brewing, commercial brewers, home brewers – all sorts of people – and here they debate what it means to be a brewer.”

Gambrius the mythical “King of beer” is likely to be one of the stronger voices, Proctor says.

Visitors will then be blasted with hot air as they experience the brewing process. After they learn each step they can have a go on a Heath Robinsons-style interactive where leavers are pulled and dials set to create your own type of beer.

Visitors will be confronted by a “beer wall”

Finally visitors are greeted with a “beer wall” or “diversity lab” showcasing 1500 Belgium beers. Some you can smell, others you can use interactive terminals to learn more about.

This leads onto a section about Belgium beer regions and how to match beer and food before visitors exit onto the roof bar.

The attraction is expected to open towards the end of 2018 and has been funded by Brussels Region, the European Fund ERDF, Beliris – City of Brussels, and the Belgian Brewers. 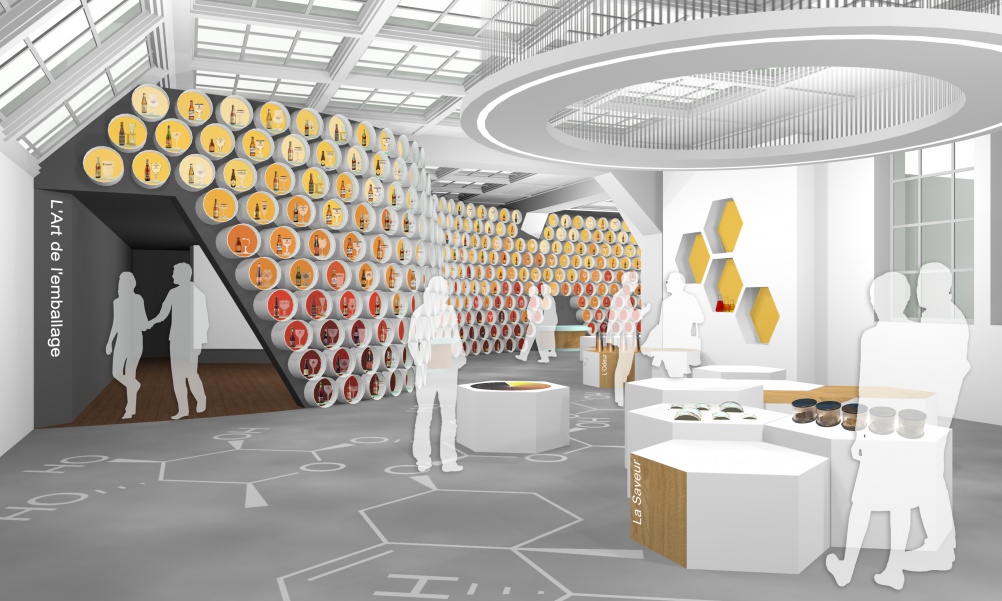 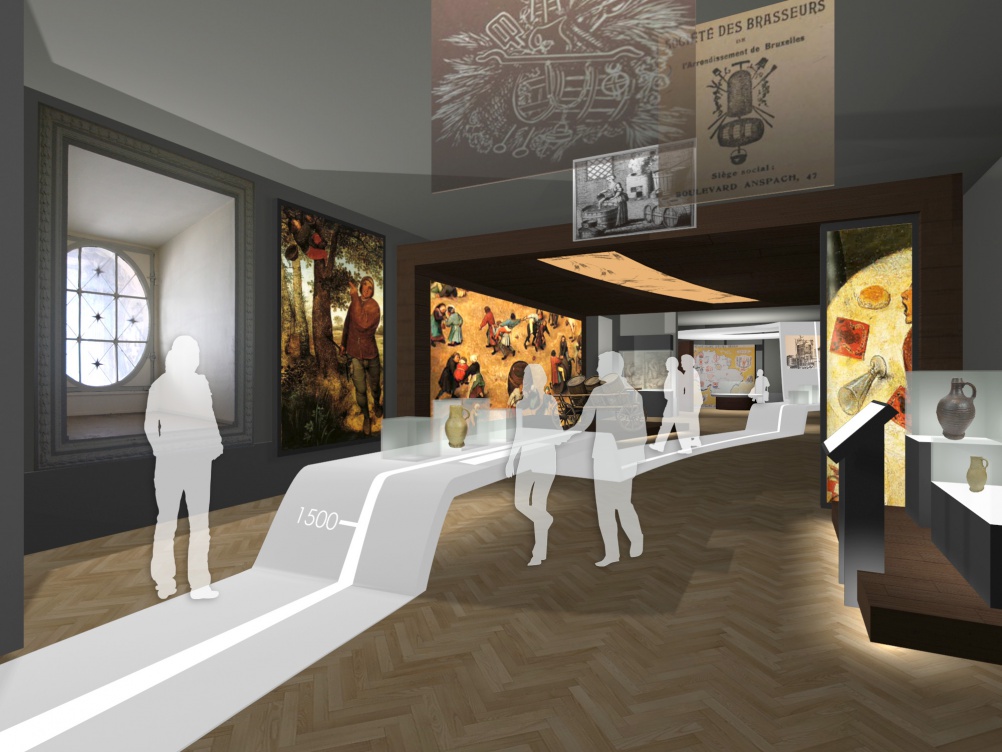 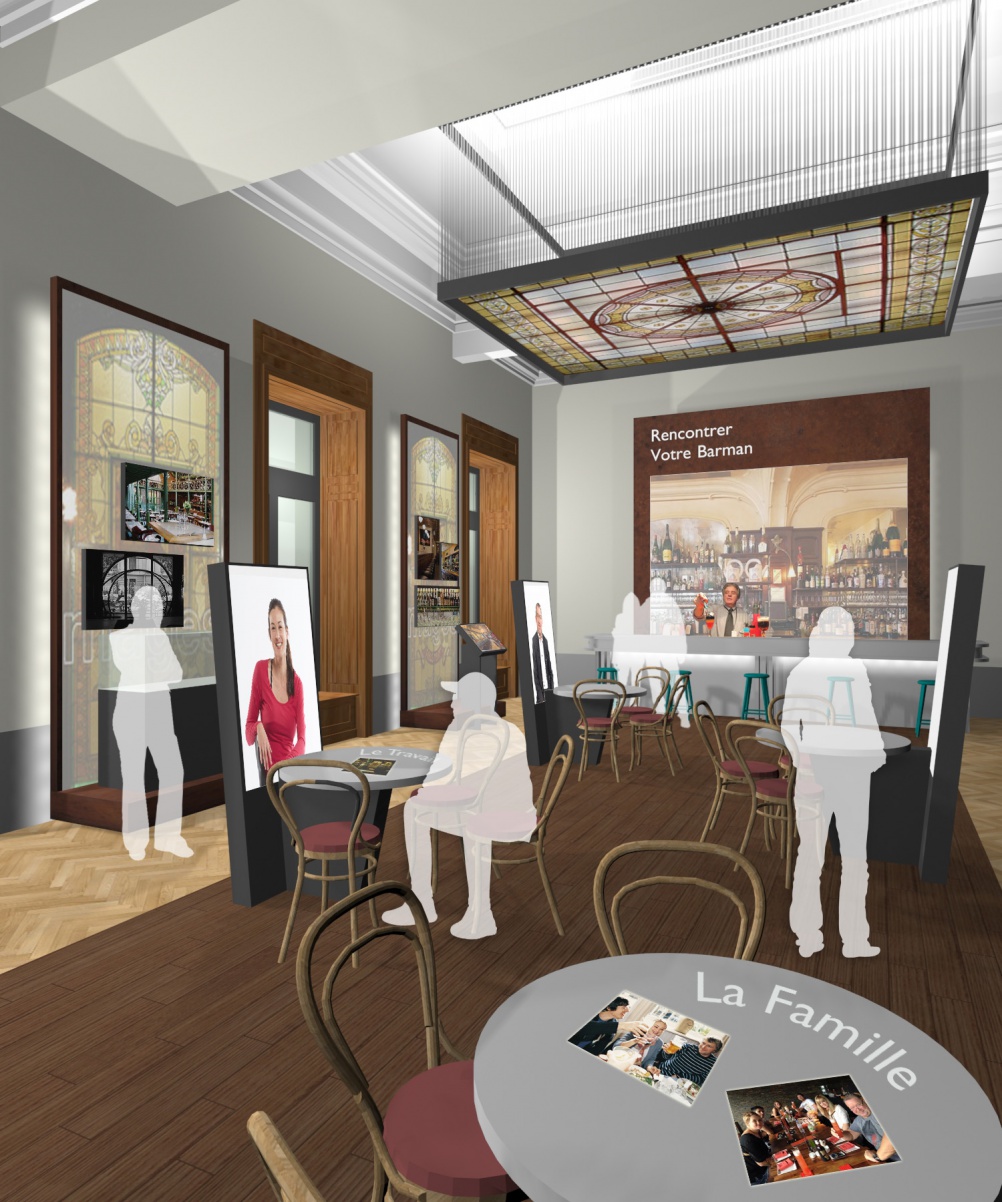 Is this the end for “grid-like” aircraft interior designs?

How will we fly in the future? Designers make their suggestions

John Lewis to overhaul Home department with focus on personalisation