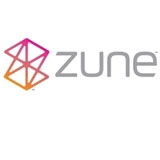 Microsoft has confirmed plans to launch a music service called Zune, to challenge Apple Computer’s iPod and iTunes. It is planning to design software and hardware, including a portable music player, which will launch later this year.