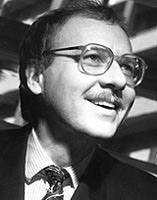 WPP Group, the world’s largest marketing communications group, has warned there will be no significant recovery in the global advertising, corporate design and branding market until after the US presidential elections and the Athens Olympic Games of 2004.

In a trading statement issued on Monday 24 June, the owner of Enterprise IG, Landor Associates and the group of design companies known as The Brand Union said reportable revenues for its branding and identity business were down over 3 per cent in the first five months of 2002.

On a like-for-like basis, excluding currency effects and acquisitions, worldwide group revenues were down 8 per cent on the same period last year. Branding and design was second only to public relations and public affairs as the worst affected area.

Cochrane adds, ‘Advertising has actually held up quite well in the WPP figures, but PR, design and branding have been hit hardest. [This means] redundancies will continue as people get their businesses in shape.’

Cochrane says consultancies will need to ‘reverse the shift to strategic work’, keep on reducing overheads and ‘stay close to clients’ in order to sustain their businesses. ‘Design buyers aren’t necessarily going for big names and are spending more tactically. They know what they want and their budget levels, and are seeking creativity,’ he adds.

Sorrell identified consumer-packaged goods, pharmaceuticals, oil and energy, Government and discount retailing as betterperforming sectors, reflecting economic dependables and the drive for value during a recession.

WPP shares fell by more than 6 per cent on the news, while shares in Cordiant Communications Group, which holds its AGM today, were down by more than 8 per cent.

MIT Medialab gets its teeth into spy implant