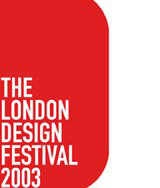 Building on London’s reputation as a global capital of creativity, the conference hopes to attract delegates from around the world.

As originator and chairman of the festival, Sorrell believes the forum can be a fulcrum for developing ideas about creativity – pulling in key people from business, politics, science, education and the arts as well as design.

‘London is unique in its amazing range of creative talent, especially in design,’ says Sorrell. ‘It’s about time we had an annual event that celebrates and promotes London as the creative capital of the world and the gateway to [our] brilliant creative industries.’

The role of the forum will be to ‘enhance our reputation [and] create new work, new jobs and new inward investment,’ Sorrell adds.

Confederation of British Industry director Jane Calvert-Lee concedes it is a bold plan, but says the aims are feasible. ‘London has a wealth of design capability and a concentration of creative talent. It’s reasonable for it to be the catalyst for a creativity forum,’ she says.

Calvert-Lee accepts a target of 500 delegates is ‘extremely ambitious’ in today’s climate, but hopes the economy will have picked up by the autumn.

Sorrell acknowledges the first year may be something of a dry run and is intent on making a bigger splash in 2004. He says he wants the forum to address creativity in its broadest sense.

‘He’s being cautious, but he has no reason to be,’ says Museum of London director Professor Jack Lohman, whose organisation is hosting the festival reception. Lohman says the conference programme shows Sorrell is ‘thinking big’. He expects the festival to inspire ‘overwhelming’ interest.

‘Why on earth didn’t someone think of this previously?’ he adds. ‘It makes a hell of a lot of sense. People graze ideas [about creativity] constantly, but don’t step back to consider the bigger picture.’

The London Design Festival as a whole runs 20-28 September and brings under its umbrella more than 30 events and organisations, including the 100% Design show, Designersblock and London Open House.

Frost Design has created logotypes for both the festival and the forum, while Brazilian-born Web designer Gisela Domschke has produced the websites, working with the technical team from Design Bridge.

Government departments – the Department of Trade and Industry and Department of Culture, Media and Sport – along with the Design Council, Trade Partners UK, Nesta, Channel 4, British Council and the London Tourist Board are lending their support.

London mayor Ken Livingstone is expected to back the project through the London Development Agency, which last week announced it had hired Interbrand to help with London’s brand messages (DW 20 March). Funds of around £700 000 are understood to be earmarked over the next three years to aid the festival’s development.

Caught in a class struggle