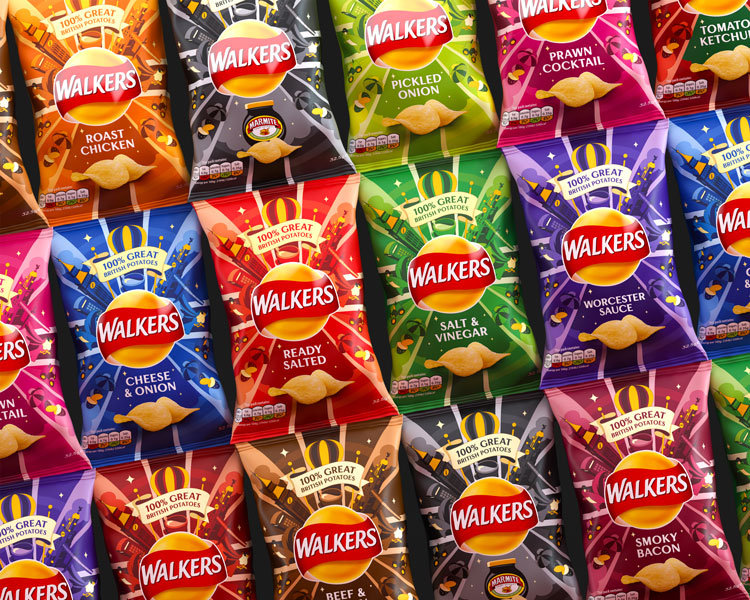 PepsiCo-owned crisps brand Walkers has revealed new packaging for its main range, which looks to celebrate its British heritage through its design.

The new packaging has been designed by PepsiCo’s in-house design team alongside studio Vault49, and now features the Walkers logo placed “proudly” in the middle of each packet rather than centre-top, alongside a new series of illustrations.

The illustrations are laid out in the shape of a Union Jack flag, and feature icons and landmarks such as London’s Big Ben and red telephone boxes, and Liverpool’s Liver Building. Further illustrations, such as tractors in a field, aim to emphasise how the potatoes used to make the crisps are grown in the UK. These illustrations have also been turned into an animation by Vault49 for advertising and online use.

A wider spectrum of colours will now also feature across each pack, with a range of different shades of red featuring on ready salted, for instance. A new strapline of “100% great British potatoes” has been added to packet.

The packs are finished in both gloss and matte, which aims to help the packets “pop on the [supermarket] shelf”, says Vault49, while giving them a “modern, premium feel”.

“We’ve had great fun bringing storytelling to life, by creating a design that Britain can be proud of, while… communicating the heritage of such an iconic brand,” says Jonathan Kenyon, co-founder and executive creative director at Vault49.

The new packaging is currently rolling out on supermarket shelves. The Walkers logo has not changed.

Walkers was founded in 1948 by butcher Henry Walker in Leicester, England. It was then acquired in 1989 by Lay’s, a sub-brand of fast-moving consumer goods (FMCG) giant, PepsiCo. Aside from its core range, Walkers has several other crisp varieties and snack foods. 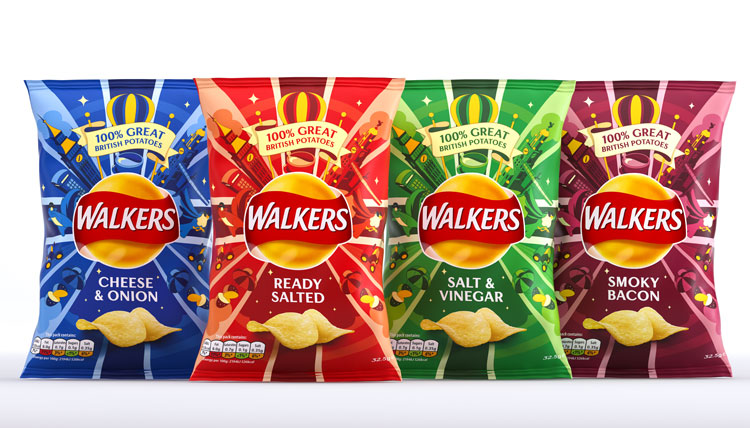 London Transport Museum to show off the “best in professional illustration”