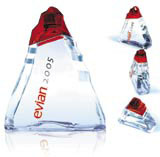 Healthier drinks are taking an increasing share of Britain’s soft drinks market, while sales of carbonated drinks continue to decline, according to the latest research from Mintel.

The consumption of, in particular, bottled water is booming. The proportion of UK adults drinking bottled water has jumped from just over a third five years ago to more than half last year.

Total expenditure on bottled water is set to increase by a further 20 per cent over the next five years, reaching an estimated value of £2bn by 2010. In volume terms, the market is forecast to increase by 36 per cent to reach 2.95bn litres.

At the same time, the carbonated drinks market grew by less than 6 per cent in volume over the same five-year period, resulting in a 5 per cent decrease in volume market share since 2000.

Many health-inspired water-based drinks were launched last year with a focus on new product development, such as flavoured or vitamin-enhanced waters, according to the report.

While more vitamin-enhanced waters are set to be launched in the UK, it is not yet clear if the products will survive and grow beyond their niche positioning as sport drinks.

In general, the future of flavoured waters looks more certain, with products specifically targeted at children.

Sales of bottled water for children more than doubled in volume between 2002 and 2004 to stand at nine million litres, taking just under a 0.5 per cent share of the overall market volume.

In general, design and packaging are credited with increasing the popularity of bottled water among consumers in the UK.

‘Packaging has boosted the popularity of still water, especially the sports cap, because there is a trend towards healthy living,’ says Mintel analyst Amanda Lintott.

Growing competition is causing designers to come up with increasingly innovative packaging as clients seek to carve out a unique brand positioning in this increasingly crowded market.

Last year, the Parisian arm of Landor Associates designed an exclusive Evian special edition bottle, titled Origine. It was made from thick glass and had a monolithic ice-like form (DW 18 November).

Icelandic Glacial, the Iceland-based company, recently commissioned Design Bridge to create an identity and packaging for its new range of bottled still water, which is due to launch next month (see News in Brief, page 5).

The bottle is designed to resemble an ice formation and features photographic images of mountains printed on its back and sides. The transparent sides have been given slightly convex surfaces to magnify on-pack graphics and give a 3D illusion. The logotype uses silver to convey purity.

‘Packaging is becoming one of the most important aspects for water brands. Water is a commodity and design is a way to differentiate a brand,’ says Design Bridge account director Birgitte Woehlk.

However, the launch of new products based on mineral water can be a risky business.

Coca-Cola pulled its water brand, Dasani, from the UK market last March after the product became dogged with criticism over its origin. It remains to be seen whether it will relaunch a future product under a different guise and design.

However, the company is being tipped by analysts to roll out milk-flavoured drinks following the acquisition of a controlling stake in US firm Bravo Foods International.

â€¢ Lucozade Hydro Sport relaunched with taller, slimmer bottle. It may be redesigned to feature a sports cap later this year

â€¢ NestlÃ© reported to be on verge of unveiling Volvic Revive, a vitamin-based drink (not yet launched)