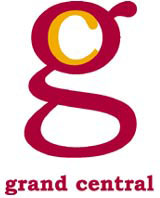 Philosophy has created the identity for bar, grill and deli/ restaurant Grand Central, which opens in east London’s Shoreditch on Friday.

The consultancy was appointed without a pitch based on referral, and Philosophy managing director Natasha Anslow says the fee is “in four figures”. The name and interiors have been designed by the venue’s architect, Block.

Grand Central is based on two themes, transport and New York, created by Philosophy in conjunction with the client and Block. The bar will serve New York-inspired food and drink to match, including muffins, Caesar salad, bourbon and Miller beer.

The transport theme is translated on to all related graphics and products, from menus to cigarette machines. “It is not ‘classic’ transport imagery of cars and roadsigns, but abstract neon lights designed to conjure a sense of urban traffic,” says Anslow.

Traffic imagery is also reflected in the building architecture and interiors, which incorporates neon red and silver. Lighting is suspended from metal train lines.

The identity had to sit comfortably with the two themes, adds Anslow, and appeal to the young, trendy audience being sought by the client, The Breakfast Group.