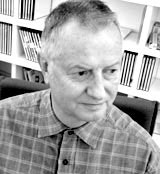 Looking abroad is one way of avoiding a UK downturn, but alongside the benefits, there are pitfalls to avoid.

Red Pepper ID has created brand identities for Chinese State Television (CCTV) which go live on 6 July (DW 21 June). It is the first time the consultancy has undertaken work in the Far East.

The Chinese market is notoriously difficult to enter and the cold-calling approach to wooing clients is frowned upon, says Red Pepper managing director Richard Markell. “You win business in countries such as China on recommendation. Once they trust you, it’s much easier,” he adds.

Markell had contacts in London with connections at CCTV, which was seeking a British or US design group. “Design, particularly British television design, has a great reputation over there,” says Markell.

He was keen to forge links with China as CCTV is a huge client in size and profile – it is the Chinese equivalent of the BBC.

However, a long-distance client relationship has its drawbacks. Projects do not always make economic sense. Overall, Red Pepper’s profit was around half of what it would expect from a UK client, says Markell. But, he says, it was stepping into the unknown and will be more realistic about the budget next time.

The Partners was better prepared. It was appointed earlier this year to undertake a branding project, still under wraps, for the Falkland Islands Development Corporation (DW 2 March). It won the work on recommendation after a three-way pitch against Interbrand and Tayburn.

When calculating the cost of the job, The Partners started backwards and went into greater detail than usual. As a result, the job is running to budget, says design management consultant Susan Lee, who flew to the Falklands in March with lead designer, Nick Eagleton.

Deciding which currency to quote the job in can be a sticking point, says Lewis Moberly founding partner Robert Moberly. The consultancy does around 50 per cent of its business abroad in countries from Georgia to Japan.

Moberly says he sometimes quotes in pounds so the client takes the risk with currency fluctuations but it is “around 50/50”.

Travel is a core component of any non UK-based project. Red Pepper’s creative team made two trips to Beijing. The first, with three staff, was to finalise the contract, and the second, with six staff, was to sign off all the work.

The time taken out to fly, a day and a half, was factored in to the costs and some air fares were swallowed by the client.

Moberly agrees that two visits to the client are usually enough. The first gets under the skin of the project and artwork is often presented at the second, he says. Afterwards, electronic communication suffices.

Travel logistics were a problem from the outset for The Partners. It had to create a pitch that was delivered on its behalf in the Falkland Islands as it would have been too expensive for the client to fly the creative team out for a pitch.

Once the contract was secured, weekly flights from the UK meant that Lee and Eagleton had to spend a week on the Falklands and maximise the time face-to-face with the client.

Technological limitations in China delayed work for Red Pepper. The team liaised daily with its client, mostly e-mailing storyboards via its slow, antiquated system. “It was easy to get information from China to the UK electronically, but not so simple to get it in to China,” says Markell.

Lee left nothing to chance with the “basic” technology in the Falklands. “On our first trip, we took computers, overhead projectors and even Post-it Notes,” she says.

She suggests any consultancy working abroad should check out the basics, including local suppliers, early on, which were non-existent in the Falklands.

Red Pepper was also faced with an alien culture in China that did not understand how branding worked. “A lot of our work was educating the client on the importance of brand consistency,” says Markell.

Chinese business culture is vastly different to British, he adds. “They have no set way of doing things, approval systems and contracts can be a bit hit and miss,” he says.

Similarly, the last-minute decision by Delek to go with Minale Tattersfield “would never have happened in the UK”, says managing director Marcello Minale jnr. “[The client] is laid back. The first thing they say to us is, ‘take off your tie’,” he says.

Language was a barrier between Red Pepper and its client. Two of the three key contacts spoke no English, so interpreters were provided by the client, which slowed things down considerably, says Markell.

Despite being faced with difficulties such as these, Markell is keen to continue working in China. The on-screen branding sector is expanding, reflecting the boom in television in general.

Red Pepper already has further branding work from CCTV and it has been approached by other television companies in China on the strength of its CCTV work.

CCTV is even keen for the consultancy to set up a Beijing office. “Red Pepper Beijing? We may consider it for short spells, but not long term,” says Markell.

Packing a punch with below the belt words