Dyson has revealed its first wearable product design – a pair of wireless headphones combined with an air purifier.

Dyson Zone comprises a set of over-ear, noise-cancelling headphones and a visor which aims to deliver clean air for the wearer. 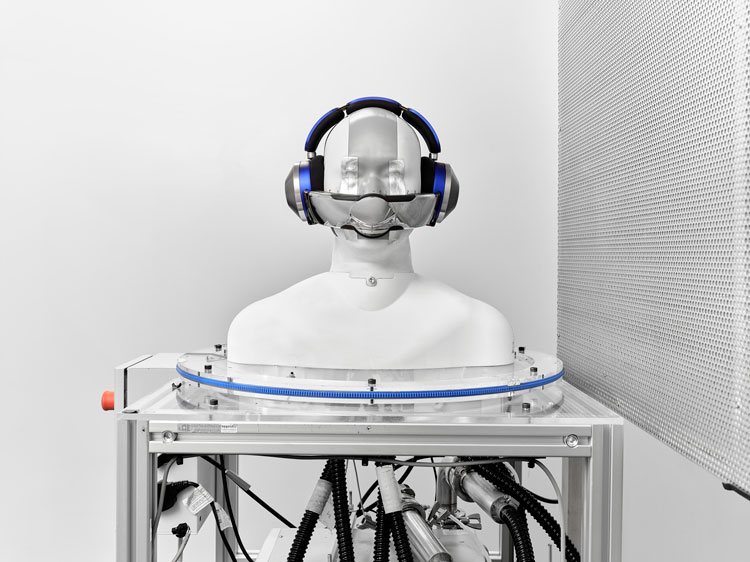 The product is the result of over a decade’s research into air quality and development, according to the design and engineering company. It points out that an estimated nine in ten people around the world breathe air that exceeds pollutant limits set out by the World Health Organisation.

“Air pollution is a global problem – it affects us everywhere we go,” says the company’s chief engineer Jake Dyson. “In our homes, at school, at work and as we travel, whether on foot on a bike or by public or private transport. The Dyson Zone purifies the air you breathe on the move.”

“A plume of fresh air without touching your face” 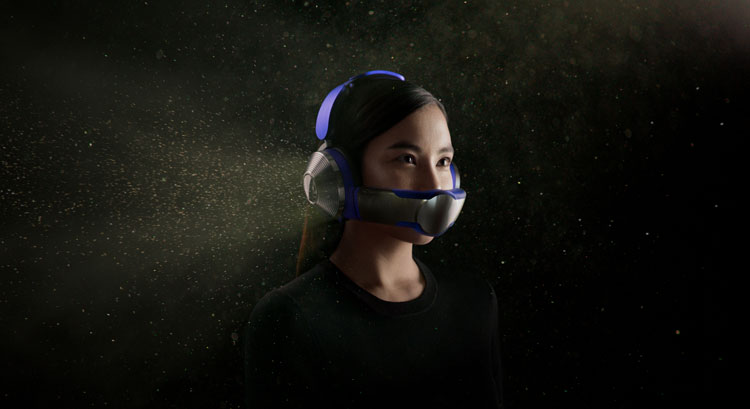 According to Dyson, there were over 500 prototypes before the final design was achieved. Each ear cup contains a compressor which filters air and projects it to the nose and mouth along the visor. The ear cups also contain two motors each – the smallest motor in any Dyson machine so far.

The filters have two layers, Dyson explains. An electrostatic filter captures allergens as well as particles from industry combustion and brake dust, while a potassium-enriched carbon layer captures common city pollutants such as nitrogen dioxide and sulphur dioxide.

There will be four air purification modes, from low to high. These have been designed to accommodate different levels of exertion and breathing patterns. An auto mode will switch between the levels as required.

Crucially, the visor does not touch users’ face to “avoid the discomfort and irritation associated with full-contact alternatives”, explains the design team. The visor and visor returns have been designed so that the two jets of airflow flow from the filters to the nose and mouth in crosswinds.

Inspired by a horse’s saddle

Dyson Zone also marks the company’s first steps into the world of audio. The design of the headphone was inspired by the shape of a horse saddle, the company explains.
The headband’s central cushion aims to distribute the load evenly – reflecting the way a saddle curves over a horse’s spine.

Another focus were the ear cushions, which are flatter than standard over-ear headphones. According to the company, this is better for sound attenuation and comfort. The headphones connect via Bluetooth.

The prototypes were tested on what the company calls a “breathing manikin” which has mechanical lungs and sensing technology. This can track the pollution level in the nose and throat to better understand the efficiency of the filters, it explains.

The headphones will be available to buy from autumn this year, though no details on price have been released yet.