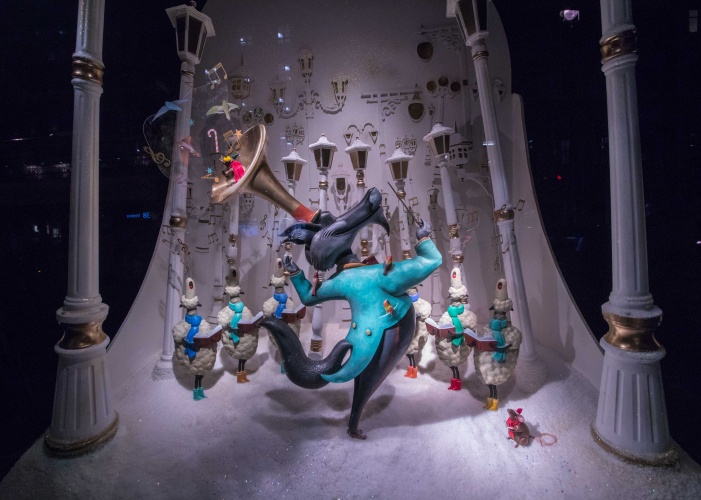 This year’s Christmas window displays, are based on the theme of “Together We’re Merrier”, and have been devised as a comment on divisive events from 2016, including the US election and Brexit.

The windows feature stories of traditional arch-enemies but with happy outcomes, such as The Bull and The China, The Butcher and The Turkey, The Wolf and The Sheep, and The Boy and the Brussel Sprouts.

Continuing the theme into the store itself, the Atrium sees a giant sun and moon meeting in an embrace.

Adopting the theme of “Shine On”, the displays range from a sequin suit-clad Santa having a drink with a giant Arctic polar bear, or soaking up the après-ski atmosphere at Val-d’Isère.

Materials used for the displays include glittered acrylics, iridescent snow, gold lamé and pastel sheepskins, while almost 100 disco balls are on display in total. 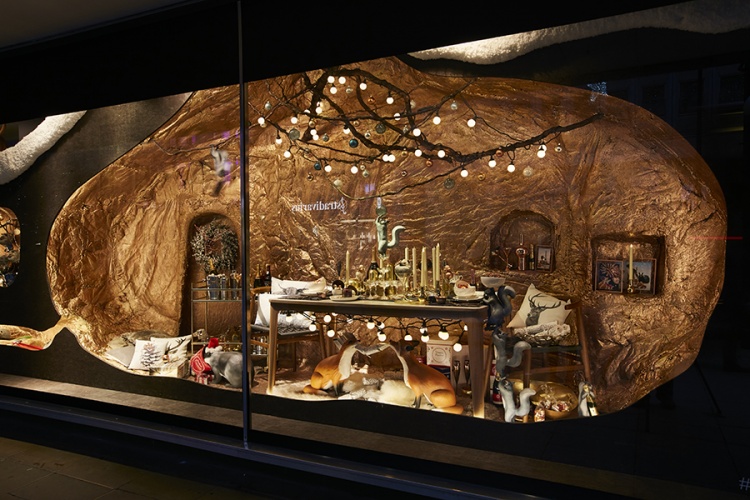 The department store has stuck to its tradition of referencing its famed Christmas advert, focusing this year on key animal characters such as the boxer.

A sense of movement has also been introduced to several windows, such as a squirrel swinging from the burrow ceiling while hanging tree decorations, and another one having his tail blow dried by a hedgehog holding a Dyson hairdryer. 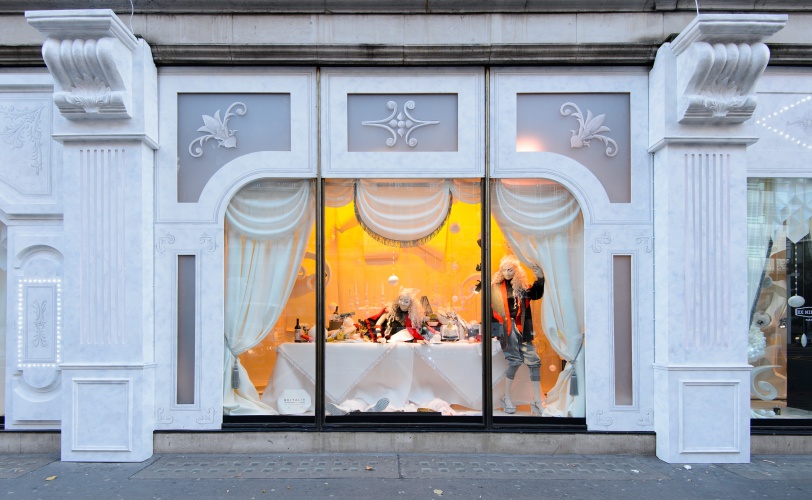 The department store is celebrating all things “Britalia” with its windows this Christmas, according to creative and marketing director, Shadi Halliwell.

“There could be no better time to celebrate Italy. All aspects of Italian culture are experiencing a renaissance and our recent sales data show that Italian products are the gifting items our customers turn to,” she says.

“We’re delighted to be celebrating “Britalia” and expanding our Italian fashion, food, drink and beauty collections to provide our customers with the most stylish edit of luxurious gifts.” 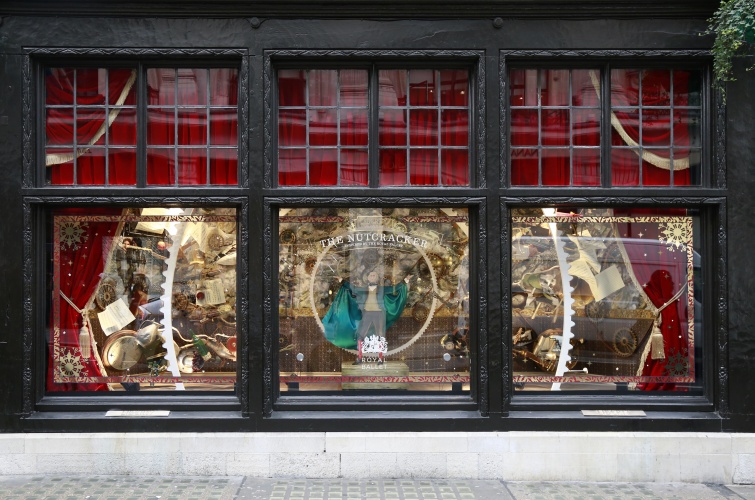 While recent years have seen the Liberty windows generally take on a more conceptual overall vision, this year its creative team has opted to go for “music, dance and drama”, says head of visual identity, Liz Silvester.

Working with the Royal Ballet, the department store’s windows each take on a key scene and feature characters from its annual festive feature: The Nutracker. 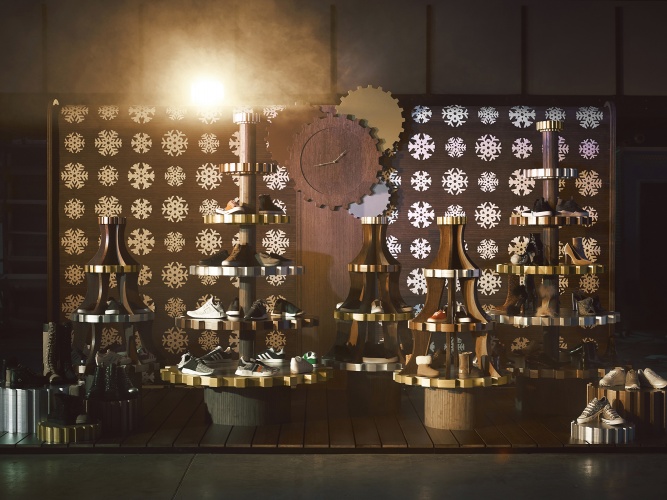 Taking its cue from Christmas traditions developed during the 19th century, Schuh’s displays are inspired by a Hans Christian Anderson style fairytale.

The windows of the flagship store on Oxford Street feature a conveyor belt of falling snowflakes and tiered wooden Christmas trees, which rotate to display different products.

Beazley Designs of the Year exhibition opens at Design Museum

Hammond’s Autumn Statement: a “misunderstanding” of art and science