A copy of Yorkshire-based fish and chips restaurant Scotts has been transplanted to China and set up as a working retail space, as part of a project led by Hong Kong-based businessman Jimmy Yu.

Scotts achieved fame in China after the country’s president, Xi Jinping, visited in 2015 as part of his state visit to the UK. Now a tourist attraction for visitors from China in the UK, Yu saw the opportunity to bring the experience closer to home for Chinese tourists.

London-based architectural studio, Unknown Works, was brought in to carry out the architectural project, which relies on 3D scanning. The studio has recently finished work on a project in collaboration with Superposition called Residual City, which uses similar 3D technology to create temporary events spaces in alleyways in Hong Kong. 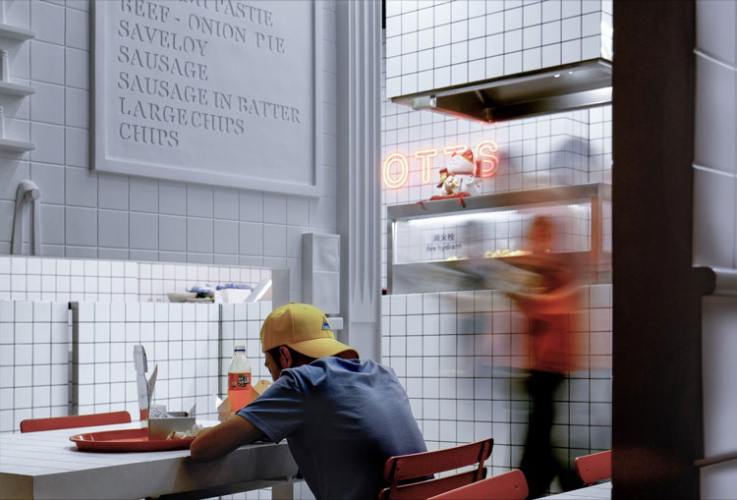 The scans included textures, patinas, interiors and exteriors of a variety of fish and chips shops across the UK as well as Scotts itself. Smaller details such as salt shakers and wallpaper textures were also included in the transplant.

Theo Games Petrohilos, co-founder and director of Unknown Works, says that the studio wanted to transport an “idea of Britishness” to the upmarket shopping mall in Chengdu, which is the fourth largest city in China. “We were working with the DNA of Britishness,” Petrohilos says.

Through a process called lidar scanning and photogrammetry, the scans were produced in glass reinforced plastic, in an alabaster white colour. The installation was made more complicated because the mall only allowed for evening installation, according to Petrohilos.

The space itself is small — just over 30sqm, its compact nature meant that each design detail had to be carefully considered. 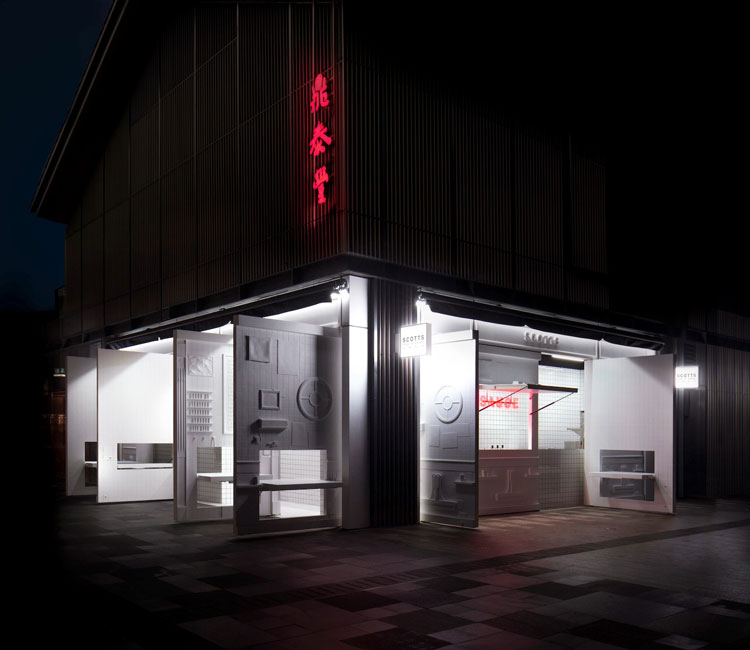 The doors that make up the façade open to reveal the restaurant as well as providing internal furniture for the space. Tables unfold from each panel, which means that diners can see their neighbours through gaps in the table.

The Chinese outpost of Scotts also plays with the notion of ‘Shanzai’, the term used to describe the proliferation of Chinese counterfeits of Western products, such as smartphones and computers.

Unknown Works is now working on larger-scale projects, Petrohilos says. It is also toying with the idea of transporting the Chinese branch back to England, to see how cultural stereotypes change in translation.

“It’s like being inside a drawing”: improving exhibition accessibility