Nuffield Health has been given a new visual identity by London-based design studio, SomeOne. It includes brand guidelines, CGI visuals as well as a system to create infographics.

Users pay for gym memberships or private healthcare, and Nuffield invests all profits for its charitable ventures — its goal is to “widen access”, the charity says.

Some of these services include free exercise classes for children with cystic fibrosis, programmes for school children and collaborating on research projects on issues such as workplace wellbeing. 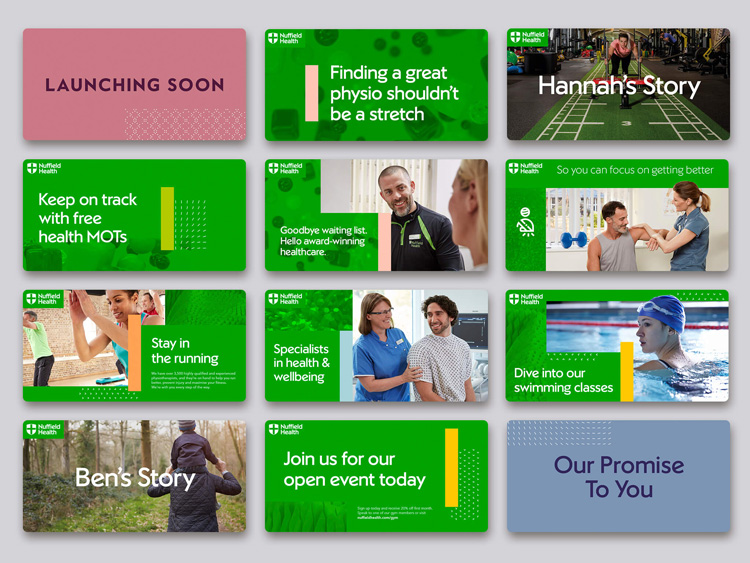 Because of its breadth, the charity needed a coherent visual system. In the past, it was “disjointed” according to SomeOne’s co-founder, Simon Manchipp.

“While some people know Nuffield for its gyms, and some for its hospitals, not many know it for both,” he adds. One motivation for this branding project was to increase awareness that a “holistic” service is offered.

“If you go to the gym, you can then go to physiotherapy. Likewise, if you’ve had a hip replacement you can then use the gym services to improve your recovery,” Manchipp says. “It can all be supplied by Nuffield — it’s one big connected health journey.” 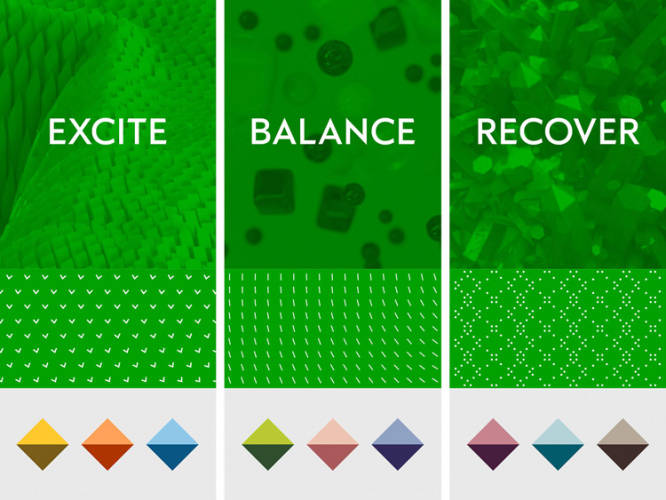 The new visual system which aims to unite these services is split into three categories; ‘Excite’, ‘Balance’ and ‘Recover’, referring to the gym, physiotherapy and hospital services respectively.

Manchipp calls these “states of mind” and the visual system was built around these. There are different ‘textures’ — animated CGI graphics — for each one, which can be used in different settings to signal different moods.

In a HIIT class, for example, “active textures” will be used to convey the mood, according to Manchipp. They will be displayed on all Nuffield-owned channels of communication such as the charity’s website, social media, on screens in the gym and as part of the hospitals’ television network.

SomeOne has also developed tone of voice and photography guidelines for these different situations.

The service’s distinctive green was kept, but “enhanced for digital application”, according to Manchipp. A secondary colour palette was established to “enliven” the identity with pale pinks and yellows for added “flexibility”. 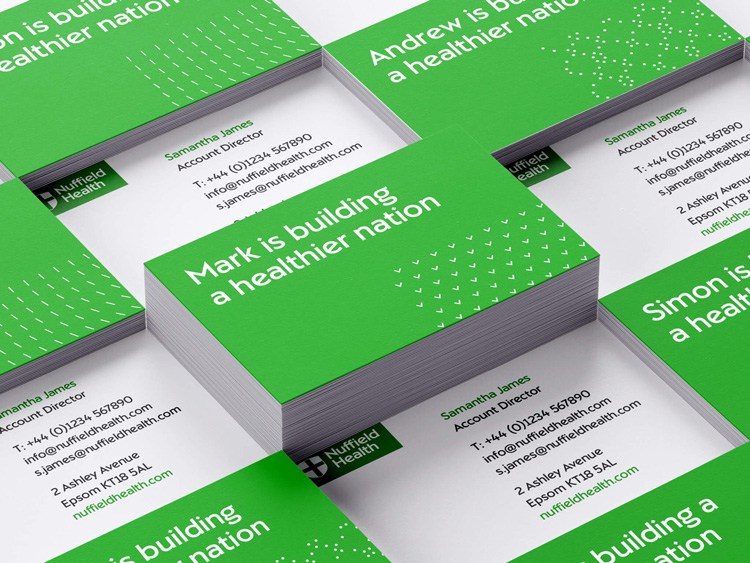 “We didn’t want it to be a brand with a single colour that gets lost in a sea of green or blue,” he says.

The logo has also been kept. The font was also retained, though new weights have been added, so that it can be used more flexibly across platforms, according to Manchipp.

As healthcare becomes more digital — Nuffield has an app in development — more information can be collected about exercise habits. Part of the branding project was to find a way to display this information in a clear and accessible way, Manchipp says.

On a personal level, this information can be given to gym-goers as a way to structure their workout. “By keeping track of your racing times, you can race yourself,” Manchipp adds. 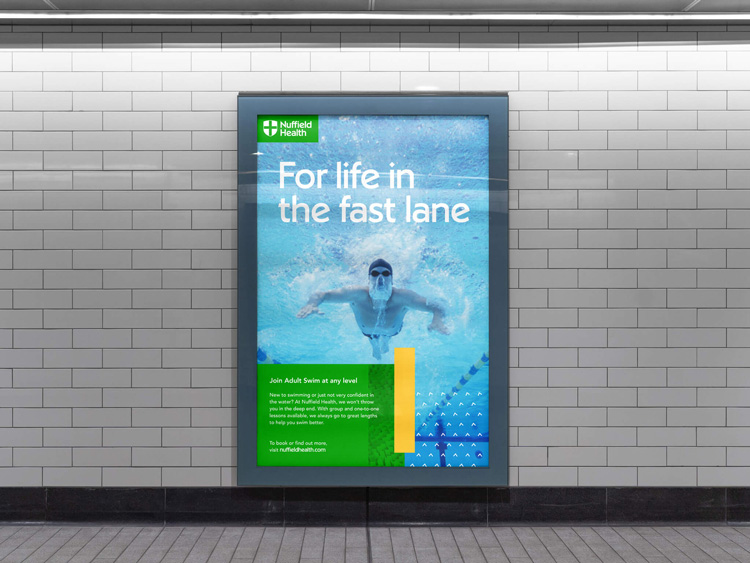 This collection of data is “really valuable”, according to Manchipp, and Nuffield is in a “unique” position for having this “nation-level data”. This year Nuffield published a report about the need for a ‘Head of Wellbeing’ position at secondary schools after research into students’ physical and mental health, for example.

Manchipp says that the new system for creating infographics can be used when Nuffield is working in an advisory capacity, such as communicating information to government bodies.

SomeOne also created bespoke icons for use in these infographics.

The designer who built a drone to save lives