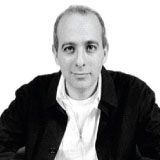 Called Design for London, the unit will have a strong architectural push and broad design remit. It will review major development schemes and lead the urban design input in preparing Opportunity Area Planning Frameworks for London’s Thames Gateway development.

The hunt is on to recruit a design director to lead the centre. The director will be responsible for overseeing the design-led initiatives, collaborating with the Olympic Delivery Authority and other bodies to implement planning, architecture and urban design policies. An appointment is expected in September.

A non-executive group, the Design for London Advisory Group, chaired by Lord Rogers, is being established to support the unit. Design Council chief executive David Kester (pictured) says he welcomes the launch.

The initiative comes as the Design Council is pushing its own recommendations for design through the Cox Review steering committee.