Landor has created an identity which celebrates America’s 250th birthday by eschewing stars and stripes imagery in favour of messaging which aims to bring citizens together and inspire them. 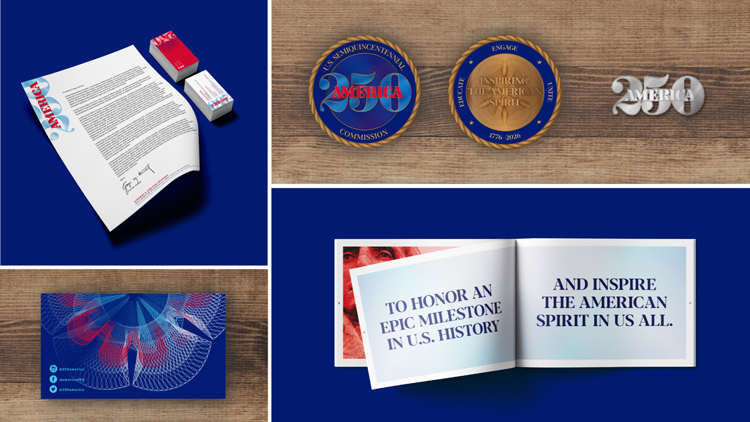 The work is for the America 250 Commission, a federally appointed body responsible for the celebrations and commemorations of the country’s birthday. America was established in 1776, and the America 250 identity launches 4 July 2020, a full six years before the landmark birthday. It will develop in the time running up to that point.

Landor creative director Valerie Aurilio says that “the brief itself was a tremendous challenge.” The commission asked the consultancy to create a brand that would be “strong enough to inspire and unite all Americans yet flexible enough to speak to each individual American”. 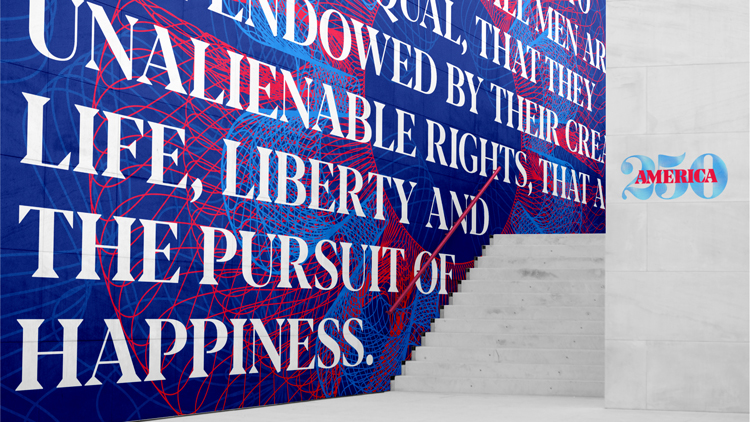 The brand also needed to be “commemorative but celebratory, respectful and fun, historic yet future-forward”. And unusually for the branding of an event, it needed to be able span six years, and be as relevant now as it will be in 2026.

However, America is currently undergoing nationwide socio-political issues. Aurilio quotes an NBC News poll which says that eight out of ten Americans believe the country is “mainly” or “totally” divided. In recent months, protests around police brutality and Black Lives Matter, as well as social inequalities exposed by coronavirus have heightened this.

The team looked at how the visual elements could “communicate a unity” while also “celebrating a diversity”. This is the ambition of the logomark shown above. The “fierce letterforms” of ‘America’ “stand together in a collective strength”, Aurilio says. The angled serifs also aim to illustrate a collective strength in the country.

The ‘250’ is made up of hundreds of intersecting lines, which represent the “dynamism” and “diversity” of the country’s past. The more rounded forms of ‘250’ seek to show a more “human” element to the branding. All in all, the logomark aims to represent a “binding” American spirit. The line patterns can be used flexibly across the visual system; suggestive of fireworks behind the face of George Washington in one application, for example.

On first glance, the red, white and blue colour palette seems like a natural if obvious choice. However, these tones have been “tweaked and modernised”, Aurilio adds. A bright cyan has also been added. There’s an “infinite combination” of these four tones, according to the designer.

“You can see America in a million different ways on any given day, but together we all represent its constant change,” she says. 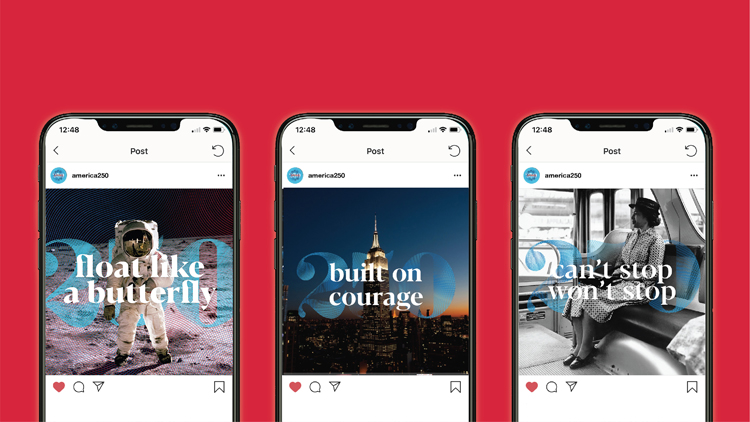 Perhaps surprinsgly, the American flag has not been used in the identity. “We explored every symbol in the initial stages,” she says, careful of the ways that national symbols can become controversial. “Anyone can put a flag on something, or a star and a stripe, but this identity has a nuance to it.” This was an attempt to create a brand identity that was not too easily replicable; “you can’t just put an American flag on something and call it America 250.”

The tagline is ‘this is our semi quin’, which is an abbreviated – and more “approachable” form – of semi-quincentennial (which refers to 250 years). “We hope semi-quin becomes part of the lexicon over the years.”

How tone of voice can create a new historical context 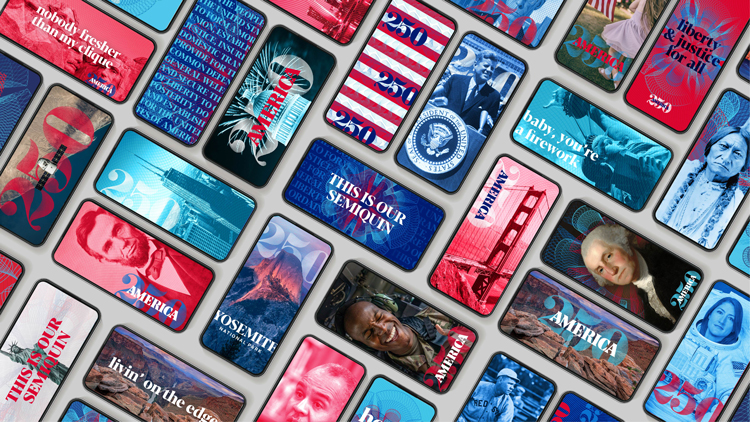 Tone of voice was important to this brand identity, Aurilio says. It was partly a way to explore how new stories could be told about the country, in a more inclusive manner. Well-known phrases have been given a new context, she explains, and historic quotations have been presented in a modern context.

“We are trying to drive reconsideration of our past and history and inspire people to take a second look,” she says. A Katy Perry lyric from the song Firework – ‘baby you’re a firework’ – has been featured with New York’s Statue of Liberty, while the phrase ‘can’t stop, won’t stop’ appears over a black and white photo of civil rights activist Rosa Parks.

The engravings that have been integrated into the imagery are taken from anti-counterfeiting systems, like those used on bank notes. This is to show how the American spirit “cannot be replicated” according to Aurilio. The ‘250’ symbol also sometimes “becomes part of the landscape”, appearing on an image of a national park, for example. “It is a tool that can celebrate the individual parts but also unite them,” she explains.

It is very much phase one of the brand, Aurilio says. “This is very early days,” she adds. “We’re in the early stages for the brand and campaign to garner support and awareness.” It will be used to bring on partners and to link up with authorities on a national and state-based level.

“Have we built something that can take us through the next six years and beyond?” 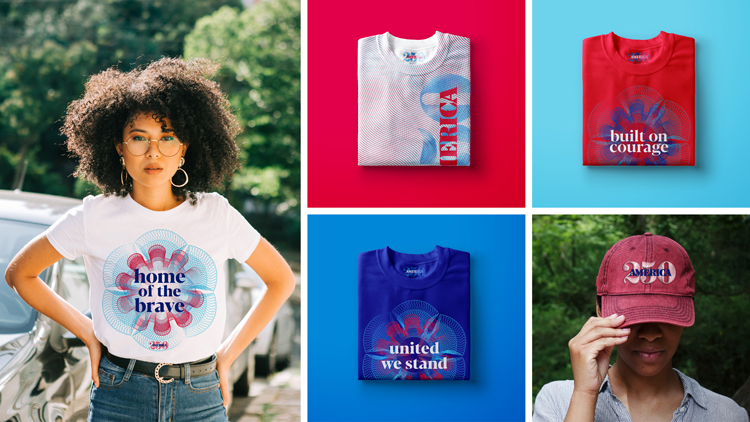 Landor started work on the project last year. The design process has been a “pressure test”, Aurilio says. “Have we built something that can take us through the next six years and beyond?”

Over the last few months, the brand has been challenged by America’s recent events, which have brough tensions around social injustice into focus. While it is not the brand’s purpose to have a point of view, she says, it is the brand’s job to “provide a platform for that conversation and commemorate the history and the moments that have brought us there”.

Aurilio hopes that the brand identity will be able to be used at a local level too. “We need at a micro-level to unite people who will be building the programmes and celebrations for the anniversary,” she says.

“My hope is that in 2026, I don’t recognise the brand,” she adds. “I hope that so much has been interpreted and made into new stories in ways that I can’t predict.”