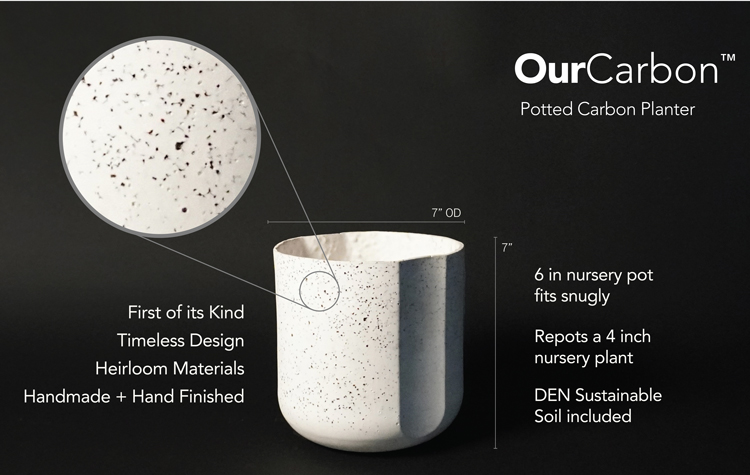 The founders of Sum Design introduce their latest product design as “no ordinary planter”. That’s because Potted Carbon is a plant pot made from OurCarbon, a waste-based material that stops “tons of greenhouse gas emissions from ever entering our atmosphere”. The material does this by using organic matter that has been diverted from landfill. This matter is then mixed with porcelain to then create the material, thereby stopping the carbon that would have been released through the breakdown of these organic materials from being released as emissions.

The design of the planter itself is simple and modern and gives a nod to the aesthetic and cultural heritage of pottery. Sum Design co-founder Elizabeth Bridges says Potted Carbon is about more than just emissions savings, however. By turning a waste material that we largely see as useless into something beautiful, she says the planter is helping to “shift our definition of waste, by making landfill organics beautiful and useful”. 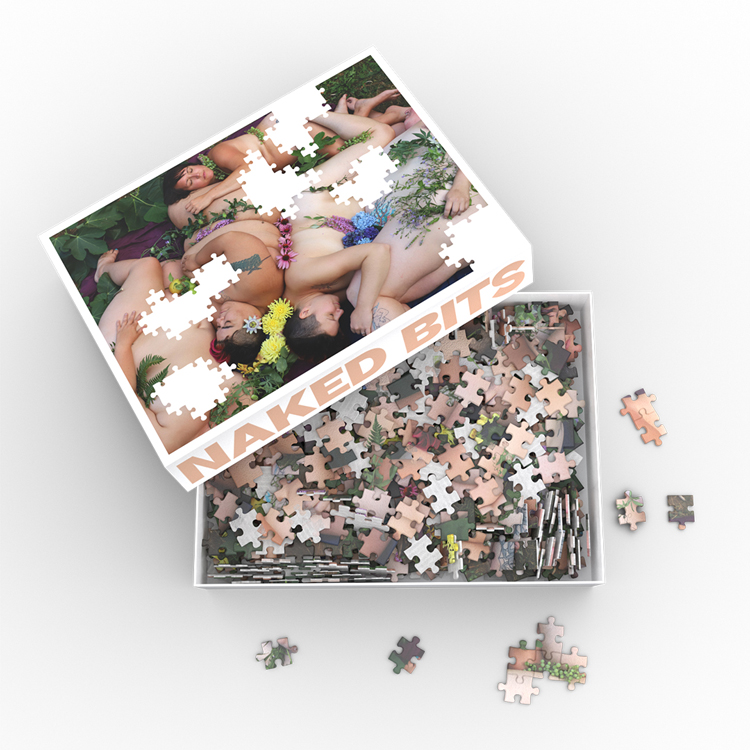 Looking to ignite conversations around society’s perception of nudity and sexuality, designers Nicole Robinson and Delta Murphy have taken puzzles and made them “adult”. Naked Bits is a curated line of puzzles that celebrate all forms of nudity, body types, sexualities and identities, withits first four issues featuring work by Bob Mizer, Shoog McDaniel and Anne Barlinckhoff.

Robinson and Murphy are hoping that in using notable photographers’ work and well-known moments in history, they are able to “amplify stories that force us to reassess our ingrained acceptance of normative expectations”. The collection seeks to tell an overarching narrative that covers “decades” of changing perceptions, from “censored nudity in the 1940s, to capturing sensuality between women and their bodies, to celebrating different body types with fat, trans, and queer subjects in contemporary art”. 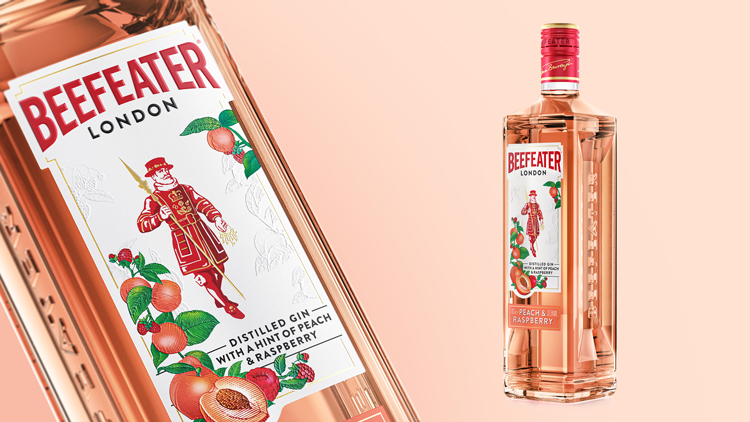 Boundless Brand Design was brought in to relaunch Beefeater’s popular range of flavoured gins, as part of what it hopes will be a year of innovations in 2021. The new look, which can be found on the brand’s Pink Strawberry, Blood Orange and new Peach & Raspberry flavours, are informed by Beefeater’s London heritage.

As well as paying homage to the brand’s roots, the new packaging also seeks to elevate the flavours. Boundless has underlined the range’s “craft cues” by introducing intricate botanical illustrations and micro embossing to achieve an “elevated sense of craftsmanship”. The bottles will also feature a recyclable paper label for the first time, replacing what was a plastic one, as the brand adopts new sustainability guidelines. 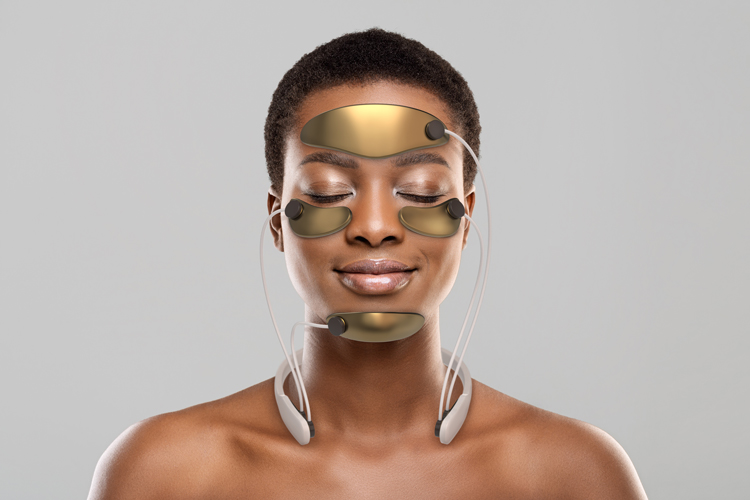 Restrictions might be loosening, but certain aspects of the pandemic are likely to be around for some time yet. One such example is face masks, and the skincare issues they bring with them. In response to this, industrial design studio Morrama has developed three concept designs which it thinks could be the future of skincare, and represent “a life beyond maskne” (mask acne). The idea for the series was to imagine how technology and design could be used to provide more accessible skincare solutions.

The Patch is a concept to tackle breakouts and blackheads, which uses heating and cooling technologies to address skin’s needs. The Masque is designed to combat breakouts which are the result of wearing a face covering, and uses the power of heat and blue light to fight spots. Importantly, there is no strap at the back of this one, which was done so to ensure it could fit all head sizes. Finally, the Masseur is a concept informed by the experience of massages. It is a vibrating dome which glides over the face to relieve muscle tension and aid lymphatic drainage. 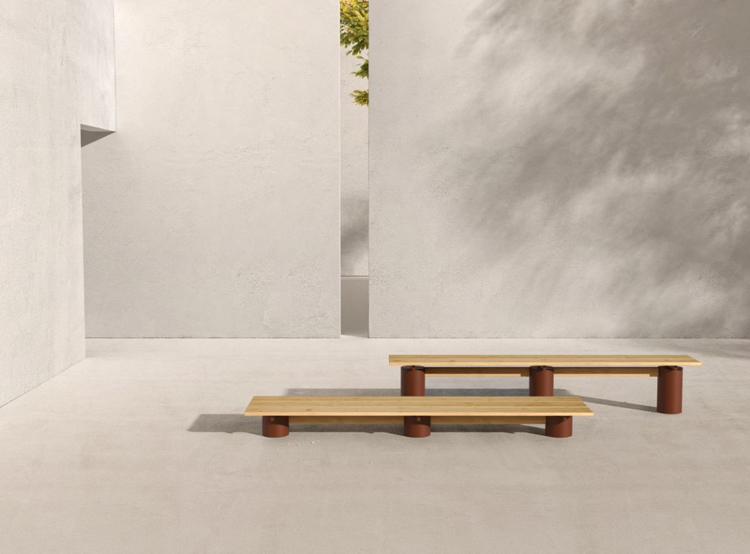 The team at Stockholm-based design studio Note says sitting down outside can be “a complicated business”. So when Norwegian outdoor furniture manufacturers Vestre briefed the studio to create a new picnic table, Note created Plinth. The studio says Plinth is what happens when “you’re asked to design a picnic bench and instead launch an in-depth exploration into the psychology of outdoor space”.

So what’s so different about Plinth? Note says the biggest influence on the table came from its findings that human beings need to be able to interact with outdoor furniture in an adaptable way. Because of this, the function of Plinth “can be defined and redefined by the user” whether that be for eating, playing, standings, leaning, stretching or exercising. The result is a flexible modular system built on a few key elements that can be deployed in any number of contexts. 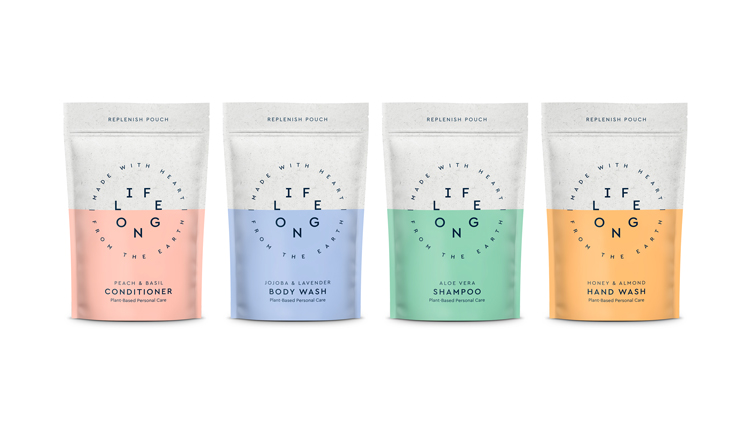 A newcomer to the personal care sector, Lifelong was founded in Stockholm by a self-described “team of plastic-hating, product-building, skincare-formulating entrepreneurs”. London-based branding studio Popp was brought in to create a brand for the start-up, which cuts down on single-use plastic and transport emissions by shipping “liquid-free” products that consumers then add water to once delivered.

The inspiration behind the Lifelong brand was “connected, naturally”, according to the studio, which meant designing something that showed our connection to the planet. The horizon line is one of the projects best visual assets, and can be found throughout communications and on the packaging, which itself is completely compostable within six months. The line can be communicated as a graphic or in photography, the studio says, with the end result being a “reminder of the Earth’s beauty and what is at risk from pollution and climate change”.