What could be a more fitting home for a new exhibition on science fiction than right inside the belly of the dystopian, Brutalist structure of the Barbican?

Curated by Swiss historian and writer Patrick Gyger, the London-based art organisation’s upcoming, blockbuster exhibition Into the Unknown is an ode to all things sci-fi.

Given that Gyger is a former director of Switzerland’s Maison d’Ailleurs – home to one of the largest collections of sci-fi material in the world – and has previously curated more than 30 exhibitions on the genre, his ambition in terms of the sheer size and breadth of the Barbican show is unsurprisingly huge.

The exhibition dominates the walls of the winding, 700m² Curve gallery, with more than 850 individual exhibits on display spanning from the 19th century right up to the present day.

Early examples of sci-fi literature including Daniel Defoe’s Robinson Crusoe sit alongside film clips, costumes and props from some of the genre’s classics such as Ridley Scott’s 1979 title Alien, forming a deluge of dystopia that is designed to attack all of the senses.

The exhibition also seeps into other corners of the building, with a number of commissions by artists including Conrad Shawcross and Trevor Paglen taking over The Pit theatre and foyer areas.

To mark the opening of Into the Unknown, the Barbican has teamed up with science magazine New Scientist on a series of talks exploring the ideas behind sci-fi, as well as publisher Penguin Classics on a programme of book club events focused on classic titles such as George Orwell’s 1984. The centre will even host an outdoor pop-up cinema in its Sculpture Court in August, with a line-up of films that includes Stanley Kubrick’s 2001: A Space Odyssey.

Narrative sits at the heart of the both Gyger’s curation and the exhibition design, which has been carried out by London-based studio Ab Rogers Design. Rogers and his team, including lead designer Louise Martin, began working on the design over a year ago, in March 2016.

“Part of the way the Barbican team likes to run things is to very much have the curation and the design working together, so that you’re each influencing each other,” says Rogers. “The curator refused to go very far down the road of curation until we were on board.”

As a result of this collaborative process, both the curation and design of the exhibition look to take the visitor on a linear, story-led journey into the realm of sci-fi, or “the unknown”.

The space is divided up into four, roughly chronological chapters, starting with Extraordinary Voyages. This section looks at when science fiction narratives first took root during the Victorian era and comes complete with its own cabinet of curiosities, displaying everything from books and manuscripts to drawings and models.

“We didn’t want to create a totally enclosed space but we did want to give a sense of intimacy in which to engage with these quite precious early works,” says Martin. “It’s quite an evocative space and is trying to take you back to the Victorian times, when they were beginning to contemplate life beyond their immediate realm.”

The second chapter, Space Odysseys, is the largest section of the show and explores narratives around alien contact, space travel and other worlds. A gallery of alien heads, masks, skulls and models are accompanied by an interactive commission by motion graphics consultancy Territory Studio, which recreates a scene from Ridley Scott’s 2015 film The Martian.

The last chapter, Final Frontiers, questions humanity’s existence through the lens of science and technology, with exhibits such as cyborgs, mutants and an installation by visuals effects company Double Negative based on the android Ava, which was the star of the 2015 film Ex Machina.

Rogers and his team have mirrored the linear structure of the exhibition’s chapters by transforming the space into a mysterious landscape which the visitor travels through as they explore different sections.

Inspired by the barren, volcano-ridden landscape seen in areas of Lanzarote – where Rogers says the National Aeronautics and Space Agency (NASA) has previously sent trainee astronauts to experience what the moon is like – the gallery walls are saturated in a moody colour palette of dark green and rich brown.

Subtle changes in colour tones allude to the breaks between chapters, giving the visitor a sense of both the connections and differences between them. “The divisions between chapters shouldn’t be jarring, so we created a sense of moving across thresholds without any abrupt breaks,” says Martin.

Meanwhile, pops of colours including bright, sulphur yellow are used as a “purposely off-note” device in parts in the gallery, contaminating the different chapters with an added layer of intrigue.

The exhibition is not intended to be a particularly easy experience for the visitor. The design team has been particularly keen to make use of the unusual, curved shape of the gallery in order to create a sense of unease.

“You can always see just ahead of you, so we wanted a journey which would push and pull you through, also playing with perspective and fake vanishing points,” says Martin.

The studio has also explored the height of the six-metre tall gallery by placing exhibits and artefacts out of the comfort zone of eye-level.

This over-saturation of the gallery walls has allowed the designers and curators to tackle another challenge – how to go about displaying more than 800 exhibits within a single space.

“Not everything is super important, there’s a real hierarchy,” says Rogers. “Because it is such a winding space we’ve tried to allow for different paths and interests, but there are various focal points where we want everyone be affected by the show and not skirt around it.”

Arguably though, it is those moments when visitors are able to wander off and discover some of the more obscure exhibits that catch their eye – whether that is Soviet-era postcards depicting modernist, utopian cities of the future, or clips from the Turkish version of Star Wars – which will become the personal highlights for many of them.

“What has been really interesting is the fact that it’s not just a top 10,” says Rogers. “The exhibition is about what’s inside sci-fi, not about its clichés”.

Into the Unknown: A Journey through Science Fiction runs from 3 June – 1 September 2017 at the Barbican Centre, Silk St, London EC2Y 8DS. Tickets range from £5-£14.50. For more information, head to the Barbican site. 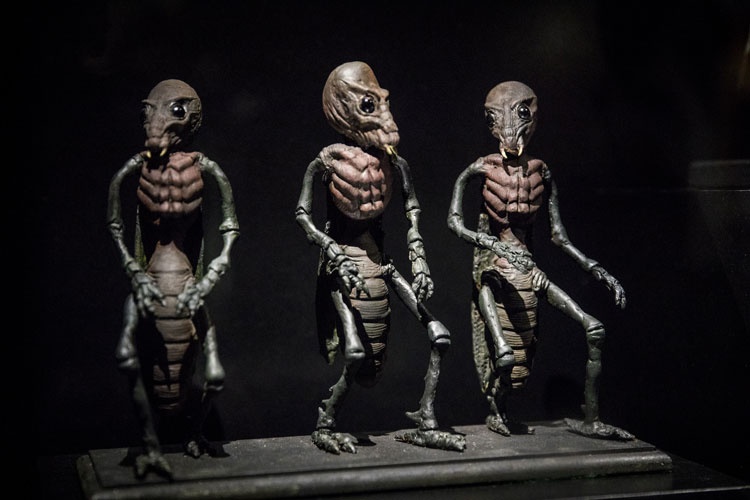 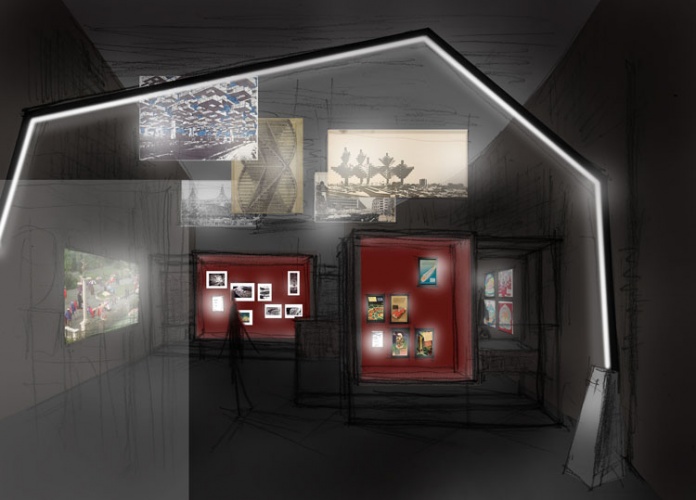 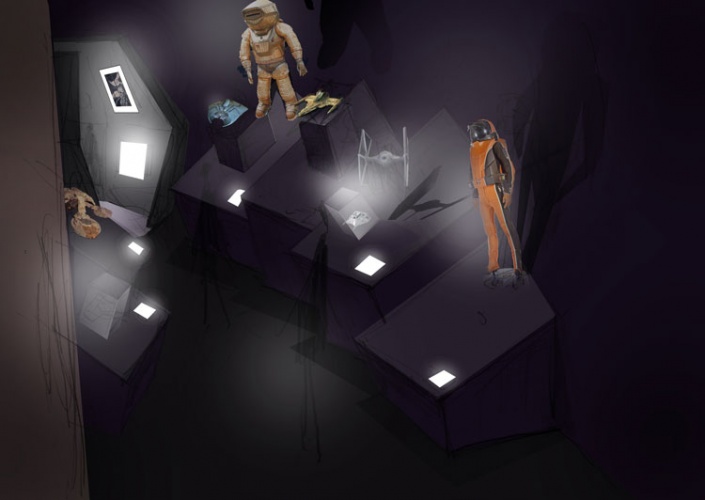 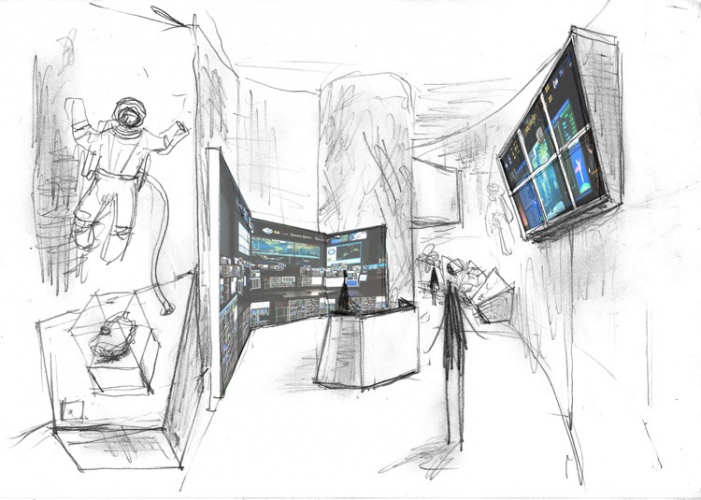 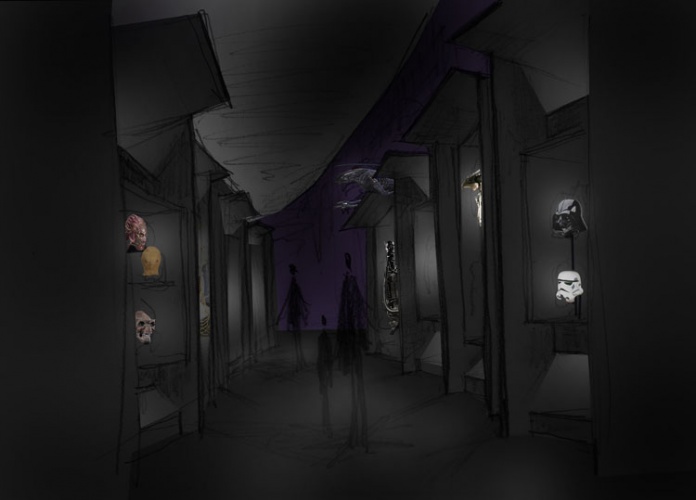 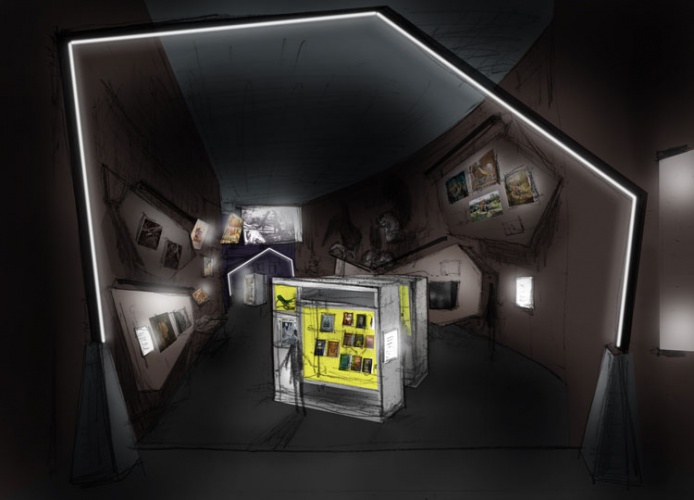