How&How has designed the new identity for conversation charity On the Edge (OTE), with elements inspired by the natural species the organisation hopes to protect. 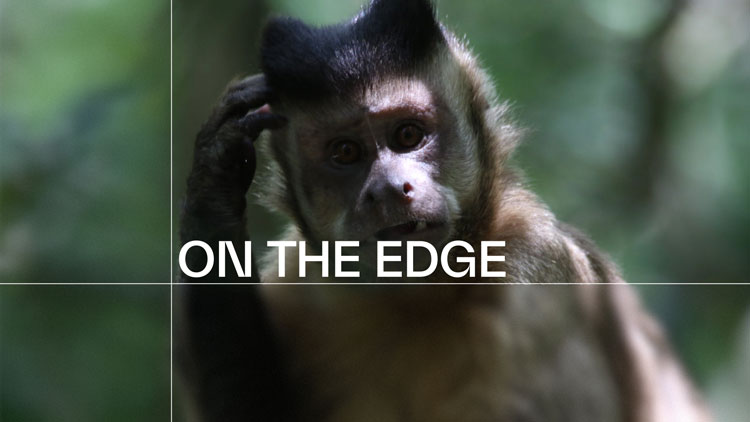 Projects include a mobile game Save the Purple Frog, which teaches people about the purple frog species, the only purple amphibian. Other projects include an animated series about pangolins and documentaries on biodiversity.

As well as designing the new identity, which includes a tree frog-inspired icon and photo filters, How&How created the new website for OTE.

“They are internet’s nature advocates driving change from the inside”

“By deploying online experiments that promote the offline world, they are internet’s nature advocates driving change from the inside,” studio co-founder and creative director Cat How says.

The new brand also had to speak to a target Gen Z audience without alienating OTE’s scientists (who make up 50% of the organisation), according to How. 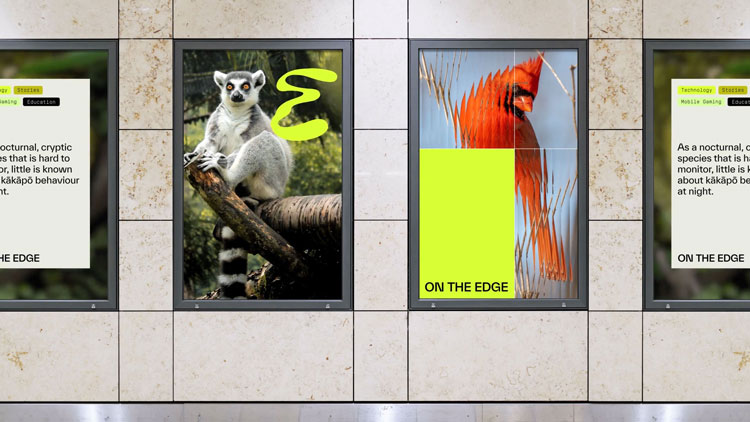 The design system uses glass panels and edges to “represent the blurred interface between our online screens and the outside world,” explains How. “Sometimes these appear with more clarity, in others they distort into noise and oblivion. Or extinction.”

Other design elements were inspired directly by the animals themselves. The new icon was inspired by the patterns on endangered tree frogs, for example. Their markings resemble letterforms and characters, according to How.

She adds: “By ‘reading’ an animal in a typographic way, we wanted to reinforce the communication and dialogue needed between humans and nature.”

The colour palette is a nod to the phenomenon of bioluminescence; the way that living organisms create and emit light for a number of reasons, including attraction and self-attraction.

This has been matched with a pared-back grid system (with a few neon accents) which aims to “counter the huge amount of colourful, zany content that OTE produces”, How says.

TWK Everett from type foundry Weltkern has been used as the typeface – chosen for its “sharp cuts and edges”, the designer explains. It’s paired with Simplon Mono from Swiss Typefaces which adds an “academic touch”.

What do you think of the identity for On the Edge? Let us know in the comments below.