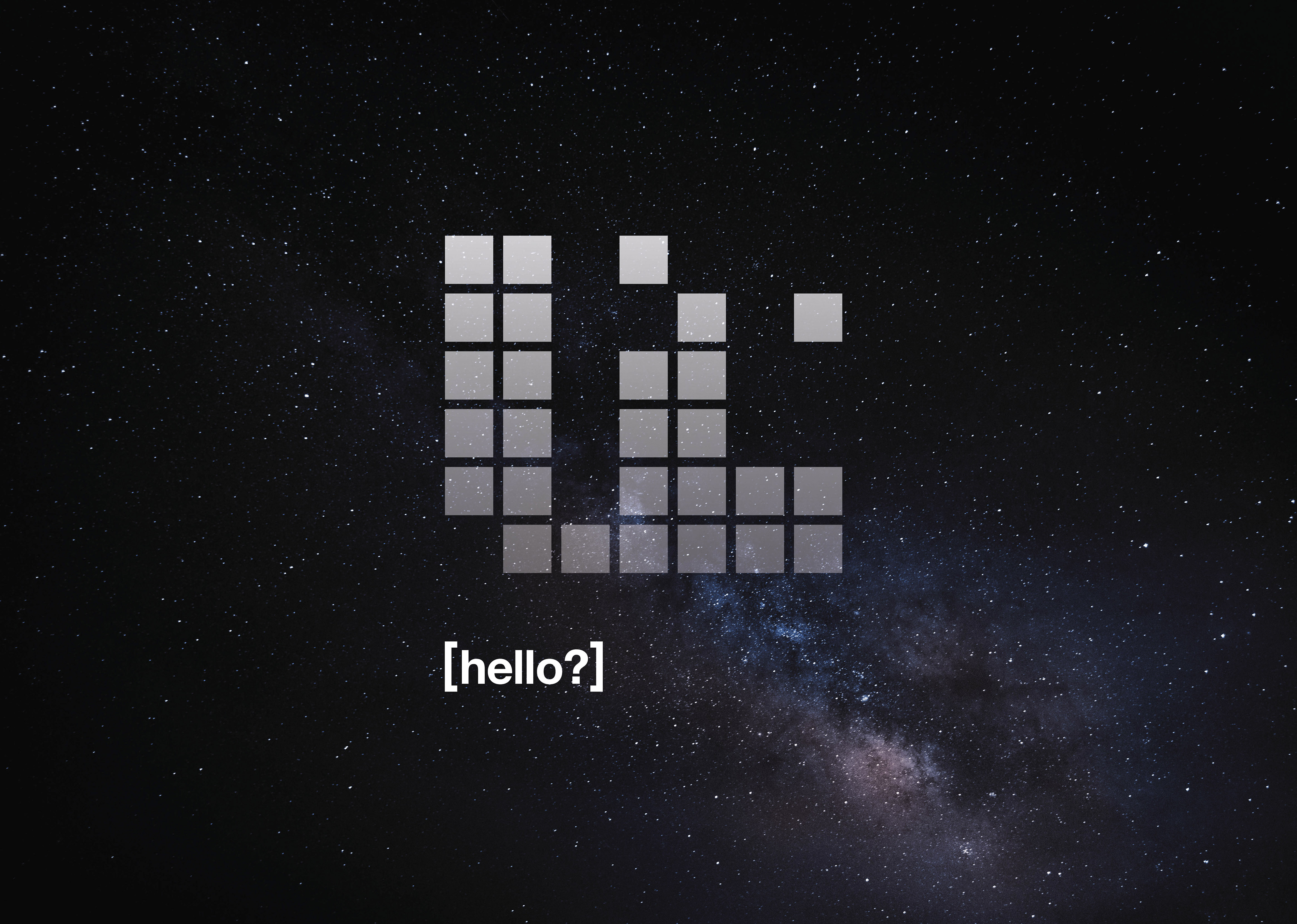 The Partners has branded a new organisation, Messaging Extra-Terrestrial Intelligence, which is dedicated to trying to contact alien life.

The METI brand needed to explain what the organisation does, raise awareness of its work and encourage potential audiences to take an interest.

“In one word, messaging”

One part of the brief became a positioning statement for the project – “In one word, messaging.” This led to a brand concept being created around code systems and the origins of language.

Inspiration was taken from the Arecibo message, a 1974 interstellar radio communication broadcast into space. It used binary code to represent scientific and mathematical data as well as pictograms about life on Earth.

Binary code is a coding system using a 0 or 1 to represent a letter or character in computing and telecommunication.

The Partners also considered how “Hello, world!” are the first words written when someone is learning a new programming language.

This brought the consultancy to a unique phrase for METI, “Hello, universe”, which is used across the brand.

The METI visual identity follows the same course of inspiration. The Roman alphabet has been converted to binary code and can be deciphered.

The METI logo is formed on a square grid and uses binary patterns. The design can be read as METI but also appears abstract in a bid to reflect the nature of the organisation’s work, according to The Partners.

METI considers the human impact of its work by asking questions such as “What makes us human?” and “What is the future for our species?”

The Partners says it has introduced emotive imagery and a philosophical tone of voice to connect human experiences of discovery.

The flexibility of the identity allowed the consultancy to explore the human condition and use philosophical messaging such as – “[to be or not to be],” according to The Partners.

Other applications include posters where perforated squares can be popped out to create binary messages and postcards which encourage users to create their own forms of communication, to emphasise the role of human interaction in METI’s work. 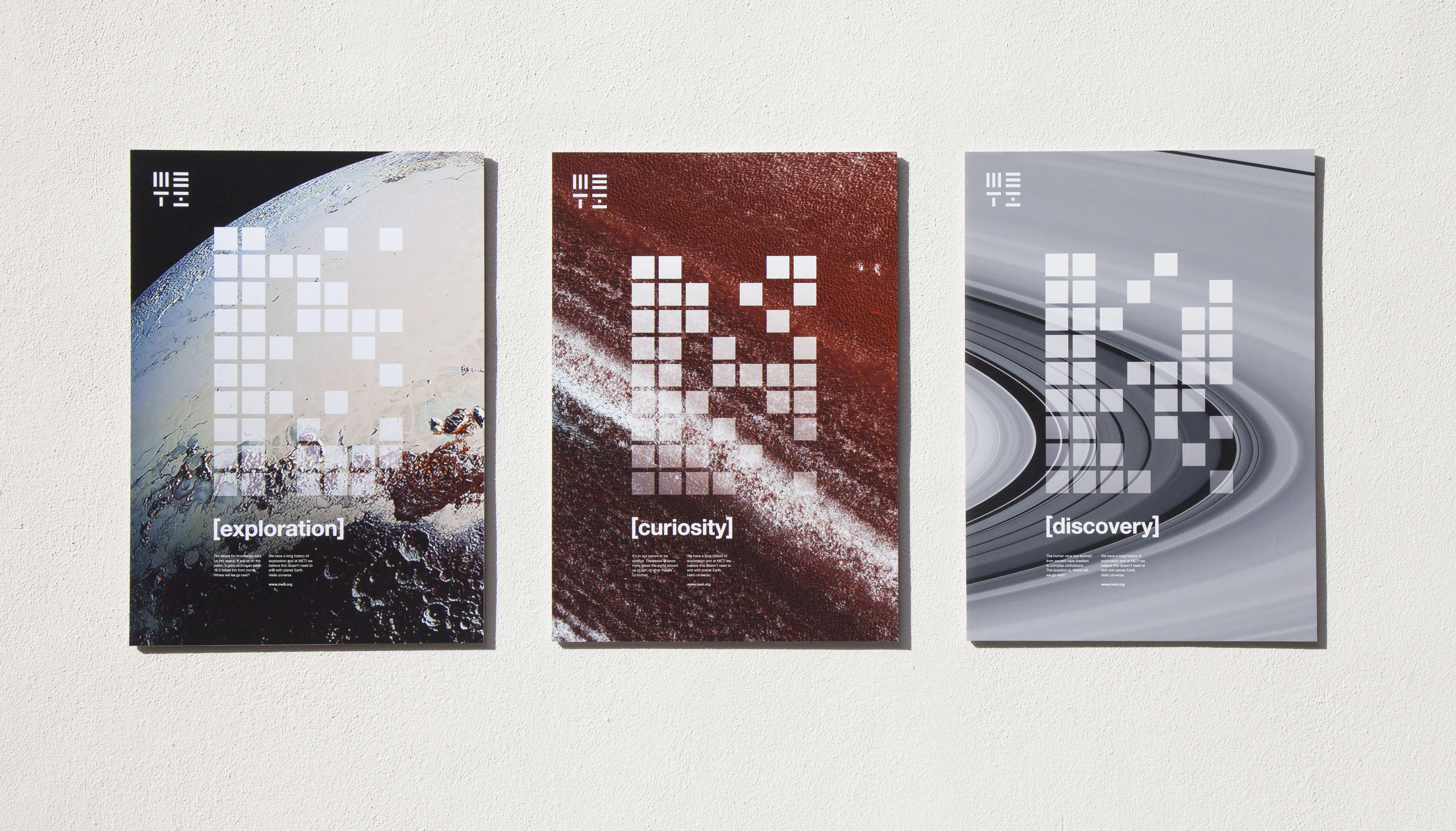 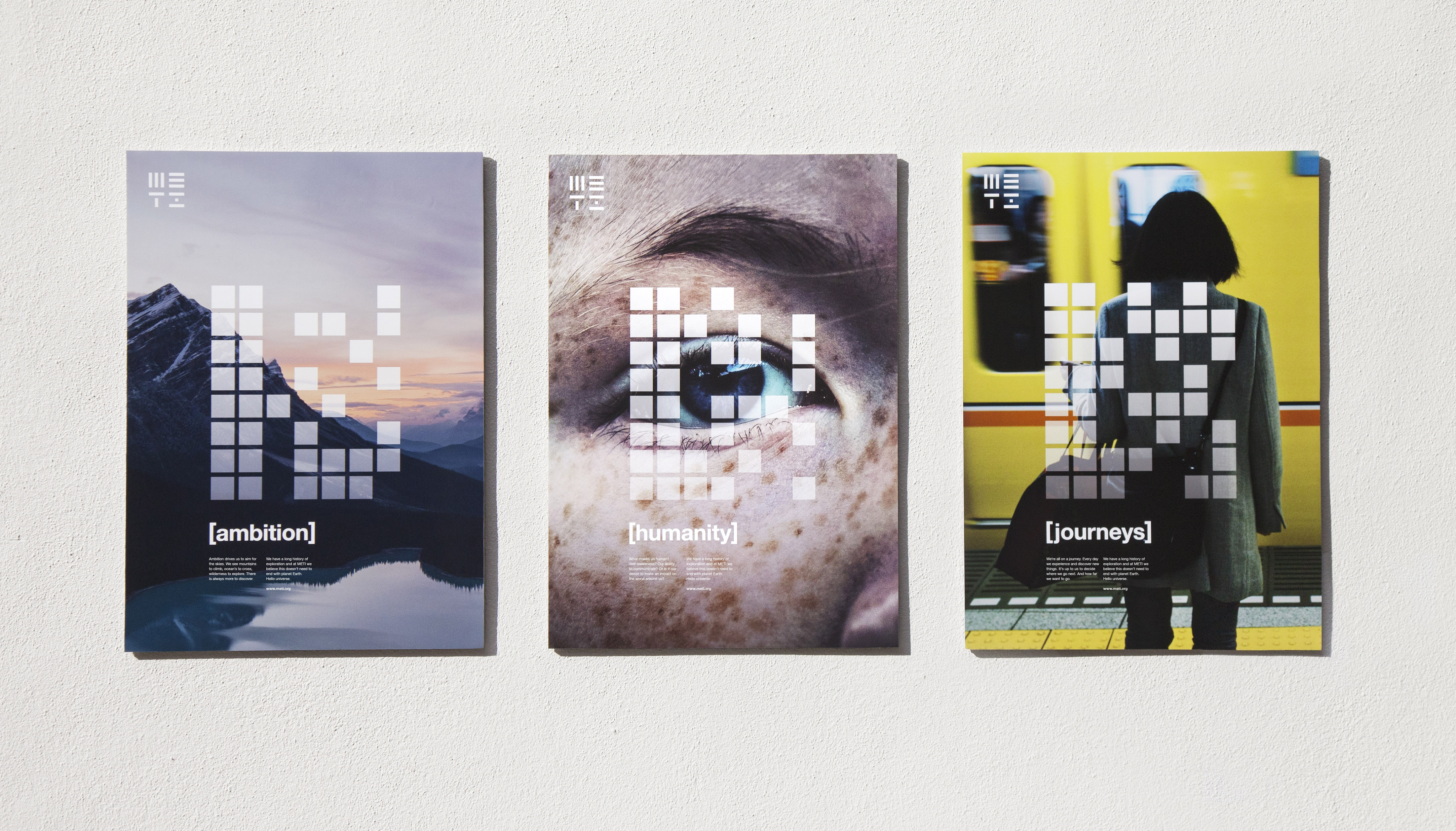 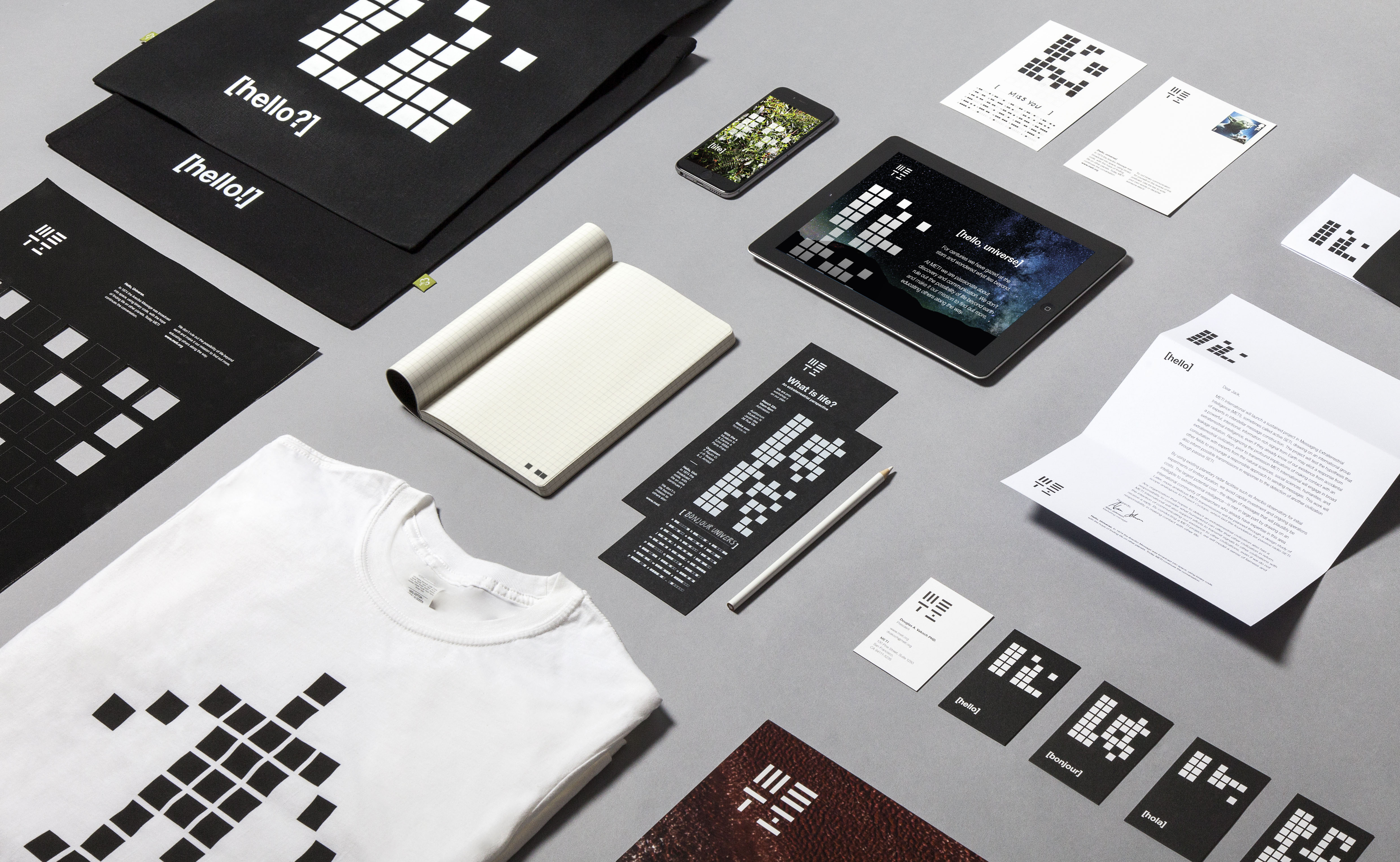 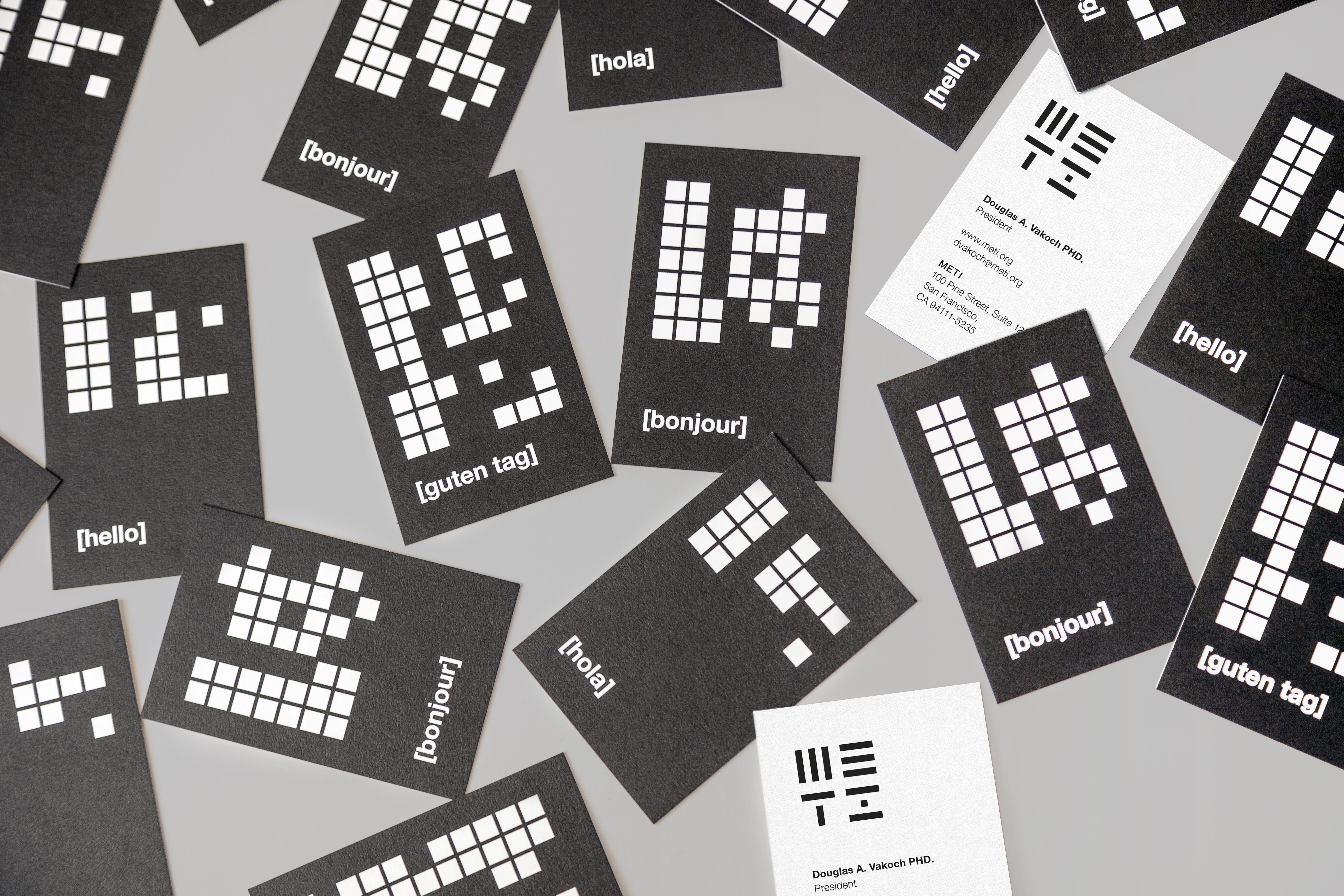