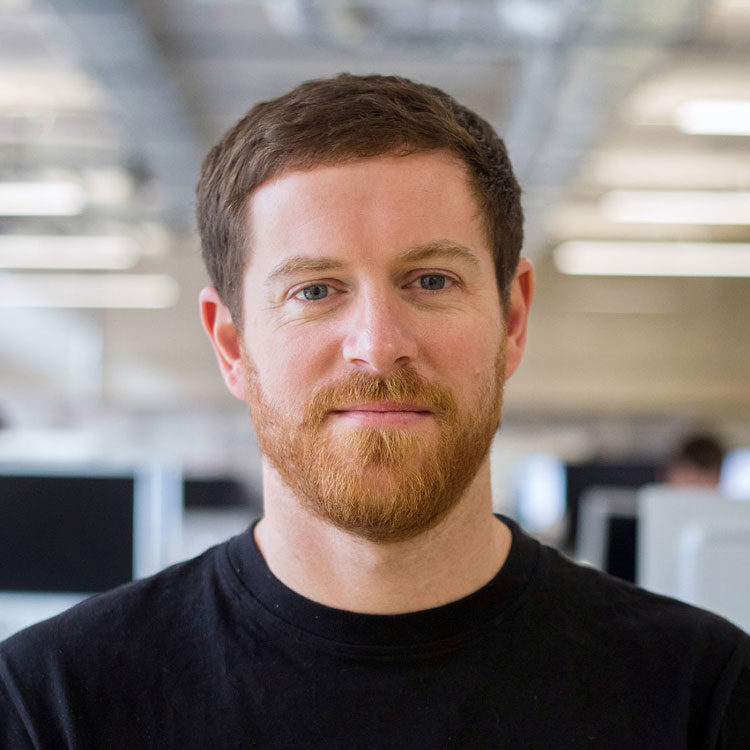 Long gone are the days when watching television meant choosing from a handful of terrestrial channels and passively watching programmes picked out by broadcasters, at a time chosen by them.

Nowadays, viewers are spoiled for choice with almost limitless video content available through on-demand digital media players, for people to watch as and when they please.

Netflix counted more than 137 million subscribers this year, according to the BBC, and new digital streaming services are being created all the time, with Disney among the major players set to launch their own service.

One person who witnessed the evolution of digital media players from their earliest days is Tom Williams, co-founder at digital product design studio Ostmodern.

The studio has been heavily involved in the user experience (UX) and design of many of the first generations of digital On Demand services, including 4OD and ITV Player.

Williams first developed an interest in the digital world as a teenager. In the early 1990s, his father ran one of the first internet cafés in London, Williams says, where he helped out, showing people how to use the internet.

He taught himself how to code and took his first foray into digital and video-led content while studying graphic design at University College Falmouth, at a time when Williams says, “if you wanted to focus on digital, it had to be a self-driven thing”.

His final project, a “social watching experience”, involved watching videos online with others in a chat-room environment, and inspired him to explore how human communication and interactivity could be incorporated into video content “to enhance the experience of watching”. This would go on to be a theme he delved into throughout all of his career.

In 2000, he got a job as a broadband developer for the BBC, working on early video-on-demand projects. These included building an interactive video catalogue, for Video Nation, a series where regular people filmed their lives with cameras; and working on “single sign on”, which allowed users to log into all BBC content with the same username and password.

After a year out, during which he taught windsurfing in Australia, he joined a digital website and game agency, Preloaded, eventually becoming head of UX.

The trio would go on to form Ostmodern, which specialises in digital product design, video-on-demand and broadcast content. Williams worked as UX director and later became chief executive officer (CEO).

Ostmodern’s early projects include strategy work and UX design for Project Kangaroo, a joint on-demand video platform which was set to stream content from BBC Worldwide, ITV.com and 4OD in one place. The project was blocked by the now-defunct regulator, the Competition Commission, Williams says, on the basis that it was a “monopoly” and that the project “couldn’t launch in the state it was in”.

It eventually launched as something called SeeSaw, which contained some of the content that Project Kangaroo did, he adds. It shut down in 2011.

Ostmodern went on to work directly with broadcasters ITV and Channel 4 and was “heavily involved” in the “first generation of catch-up services”.

“Broadcasters at that time were doing lots of new and interesting stuff,” Williams says. “There was no pre-existing derivative model for how they were delivering their content, so we were inventing it as we went along.”

The work involved user-testing to see if products worked, which is something Williams first began doing during his time at the BBC.

“You would give a user a series of tasks to complete and watch them do it,” he says of his time at the BBC. “People would sit behind a one-way mirror watching them.

“You might take them to a player homepage and say, ‘Find something to watch on a Wednesday’. They would talk you through what they were doing and thinking, and you would learn if your product was the right shape and using the right language.”

“For a designer, the first time you put something you have made in front of a user and see them really struggle with it, that totally changes your view of web design,” he adds. “It’s difficult for your ego, but it makes you realise that if they can’t use it, you have to design it better. You are designing for users, so if the UX is bad, you’ve failed.”

How times have changed

In their early days, Williams says digital players were essentially “catalogues” of content presented in different categories such as “drama”, “sports” and “news”.

This seemed like “the obvious thing to do”, he says, based on the assumption that “people don’t like linear [television programming]” — in other words, the traditional way of watching TV, whereby a broadcaster puts together a schedule of shows that can only be viewed at set times.

However, through his research, he soon found that people do not always like being given too much choice: “The problem is that people didn’t actually want [a whole catalogue],” he says. “You give them one and they think ‘What should I watch? What am I in the mood for?’

“When we were testing for ITV, one person thought it would be great if someone suggested what viewers should watch and the order in which they should watch these shows,” he says.

Rather than just wanting lots of content to choose from, as early digital players provided, he explains people also want help in choosing what to watch. This is something that traditional linear TV has always been good at, Williams says, as broadcasters think about and curate “the right content for people at the right time”.

Programmes scheduled for Saturday evenings, for example, would differ from shows aired on a Wednesday lunchtime.

“[Digital] services got better at understanding that people don’t necessarily want to be thrown a lot of content and be made to choose,” he says. “They want to be guided and given context to help them make a decision.”

Ostmodern was later involved in the design of All4, which replaced video player 4oD and the previous Channel 4 website, an online hub for additional content, information, and context about certain shows.

All4 brings this all into one place. As well as providing video content, All4 helps people “decide” what to watch and why, Williams says, with information about shows and other “picks” of programmes that viewers might enjoy.

In terms of UX, Williams says reliability is key. “The core of good user experience is that it works,” he says. “It plays when you hit ‘play’.”

He gives BBC iPlayer as an example of a “successful” platform, as “there is no anxiety about whether it will buffer”, he says.

It is also important, he adds, that a player “matches the expectations” of the user and suits its audience and content. A sports player, for example, should differ from a player of children’s television.

He also feels it should “enhance the viewing experience”, whether by providing additional content or tailoring programming to what a user is interested in.

More recently, Ostmodern has been working with sports rights holders to create Over The Top (OTT) players that stream content without a traditional broadcaster, which Williams says there is “a big push” for in the sporting world.

One of the studio’s biggest projects is with Arsenal Football Club – which Williams admits was “a bit jarring” as “a lifelong Spurs fan”.

There was a realisation, he says, that “a week within the football season is similar to how broadcasters operate”.

With a major TV show, people follow a process; they preemptively talk about what might happen and watch previews, then watch the programme. They might then talk about it afterwards, and watch analytical or review shows, such as follow-up talk shows to reality TV programmes, like Big Brother and Strictly Come Dancing.

Similarly, with sport, he explains: “There is the build-up to the event where fans get excited about it, then the match happens, and then it’s the period after when fans want to relive it and watch the interviews. That rhythm is very similar to big shows on TV.”

Going forward, Williams sees scope for more interactivity and personalisation, both in sports OTT players and other forms of digital players.

“In Formula One, you have 24 in-car camera streams from different cars at the same time. You can make a really interesting experience out of that as people can flip between drivers,” he says.

The same concept can be applied to regular TV shows, if new technology could let people choose what parts of a show they are interested in and tailor the content to their interests. If someone was watching Masterchef, for example, people could choose to watch more of the cooking segments, or more of the gossip if that is what they prefer.

“There is an opportunity to narrow the gap between content production and content consumption,” he says. “There is a tonne of content that hits the cutting room floor as [broadcasters] edit it to something that reaches as wide an audience as possible – but with interactive you don’t have to edit all that out.

“It is going right back to the things I was doing in art college,” he says. “It’s about asking how you put interactivity into video content to enhance the experience and make it more engaging and more meaningful.”

It seems that the future of on-demand services could reach a point when people are picking and choosing content and almost creating their own bespoke shows — as video player design becomes more sophisticated, consumers and viewers could soon become editors.