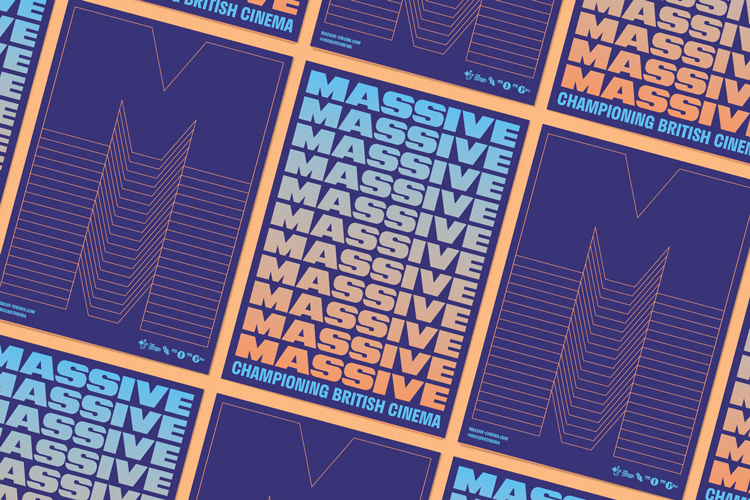 Massive is not a cinema but a website and campaign that promotes new, British films and lists pre-releases, showing venues across the UK where people aged 16-24 can watch the film.

The first film it has promoted is Yardie, directed by Idris Elba, and the next one is Steve McQueen’s Widows, which will be showing at two venues in London and Manchester.

The design studio’s identity for the new brand has been inspired by “bold typography” used on mastheads on magazine front covers, according to Massive, as well as typography found on headlines on film posters. 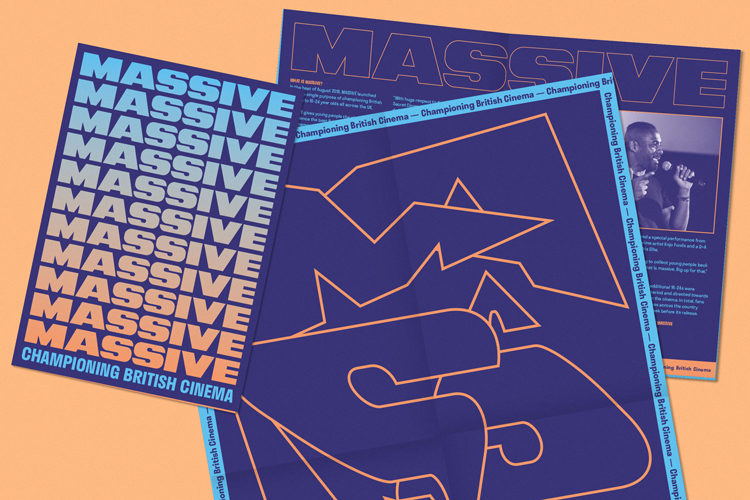 A palette of “contrasting bright and dark” colours has been incorporated, adds the company, including blue, teal and orange shades, that also aim to mimic the visual language seen on magazine covers and film posters. A gradient of colours has also been used.

The logo is purely typographic, with the word “Massive” set in a bold, wide, sans-serif typeface, that has been based on Information Extra Bold Wide, which was designed in the 1950s by Friedrich K. Sallwey.

“This typeface does not exist digitally,” says Nick Greenbank, a designer at Studio Moross. “We chose it for the interesting character details and its weight and width. While researching the typeface, we also found that it had been used in a small number of movies for opening title sequences.” 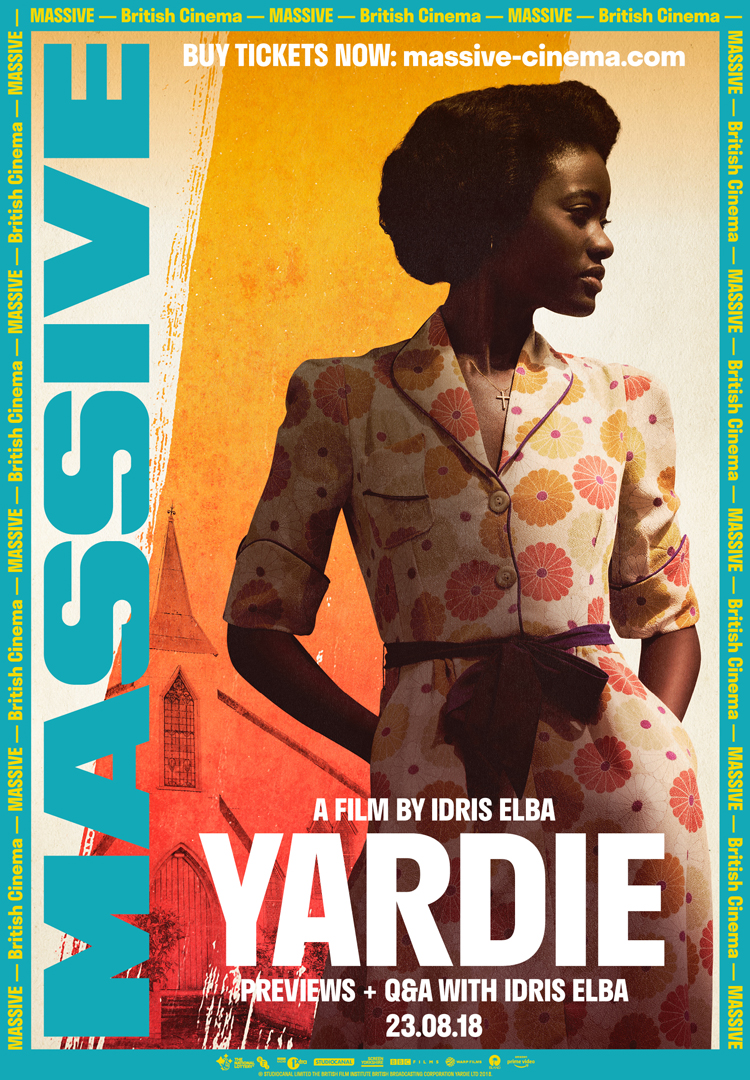 For Yardie, the first film to be promoted, Studio Moross also designed co-branded campaign materials, including a set of three character posters used to promote the film.

Massive has been set-up by cinema platform OurScreen alongside entertainment agency Elevenfiftyfive, and looks to target the “elusive” 16-24-year-old market, says the new company, and “give younger audiences the opportunity to discover British cinema”. It has been backed by the British Film Institute (BFI).

Research has found that there has been fewer young people going to the cinema in recent years, due to the growing popularity of film and TV streaming services such as Netflix, according to the BBC.

The Massive brand is rolling out in the form of print advertising posters, a cinema trailer, a magazine and across the OurScreen website. 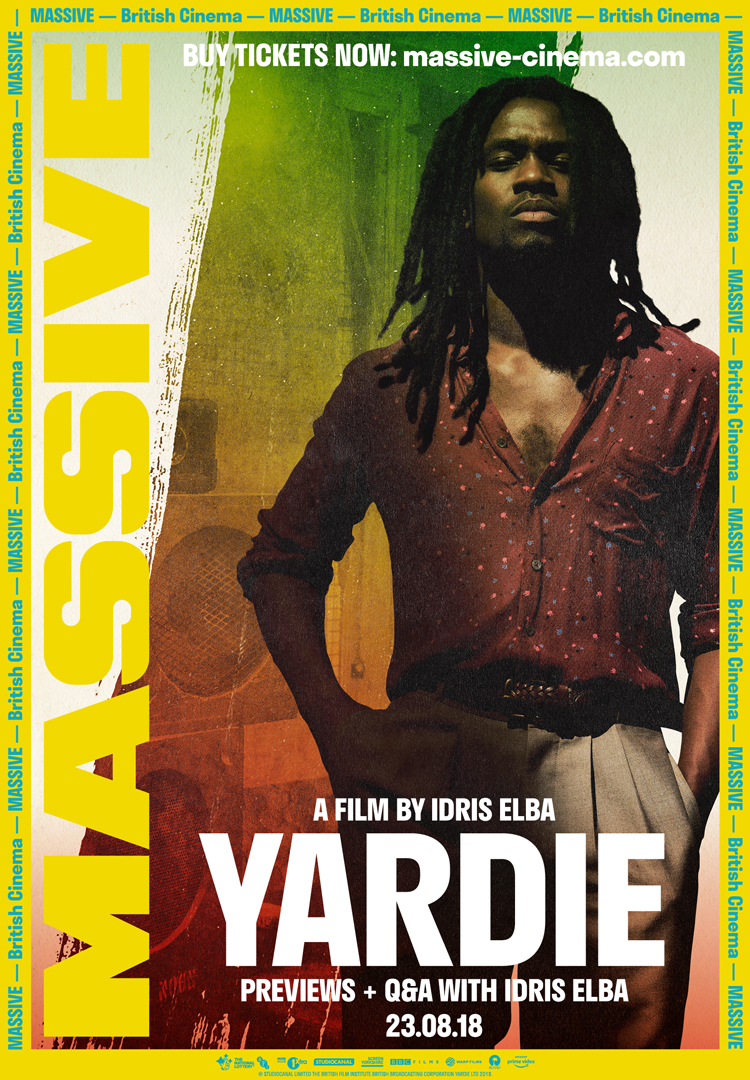 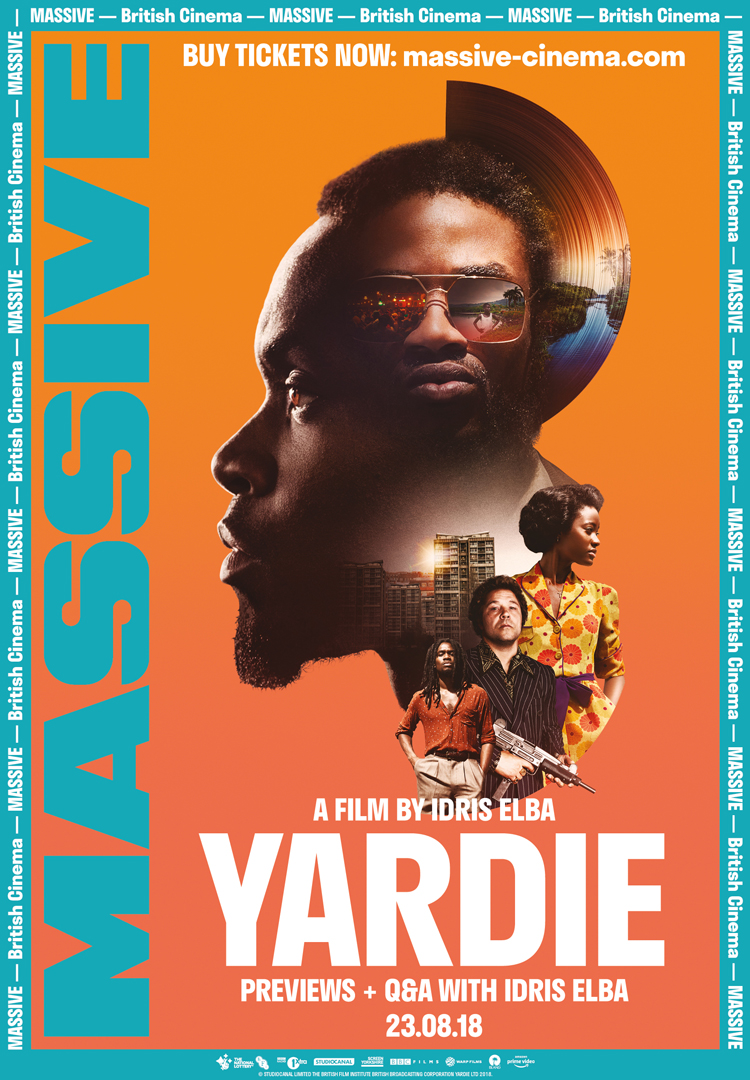 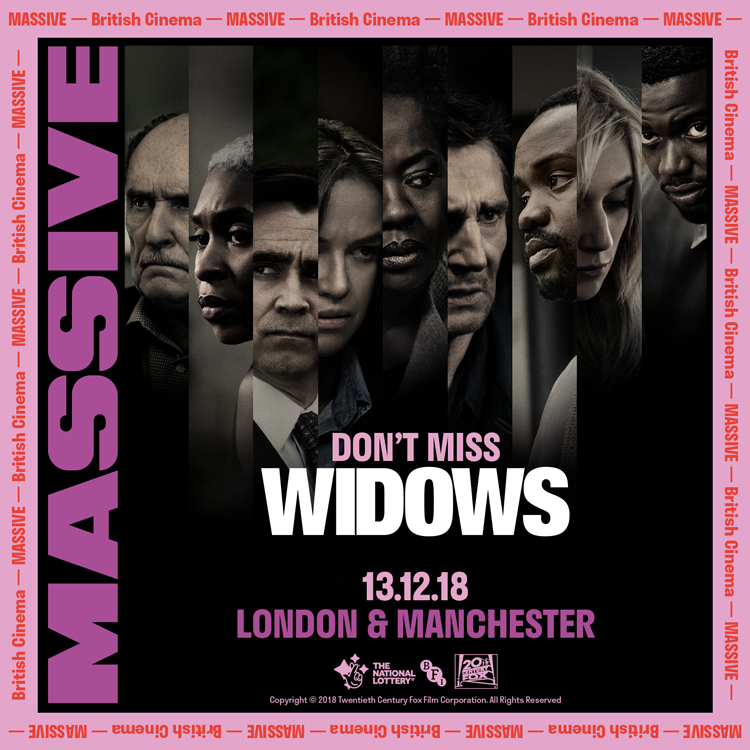 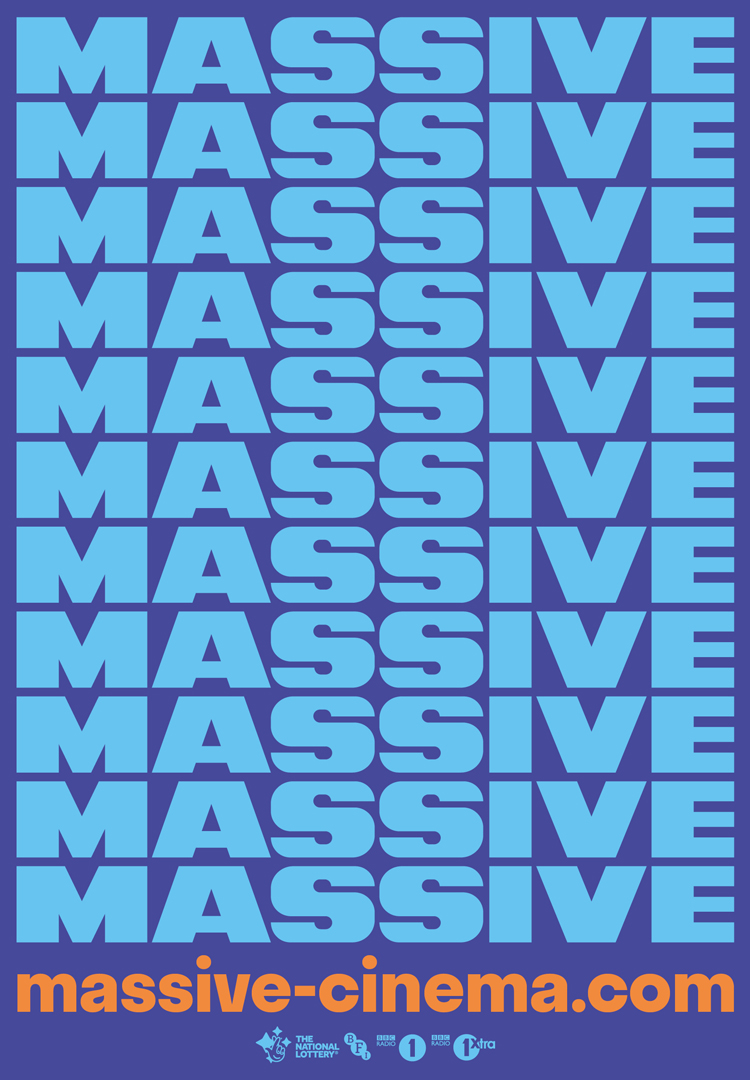 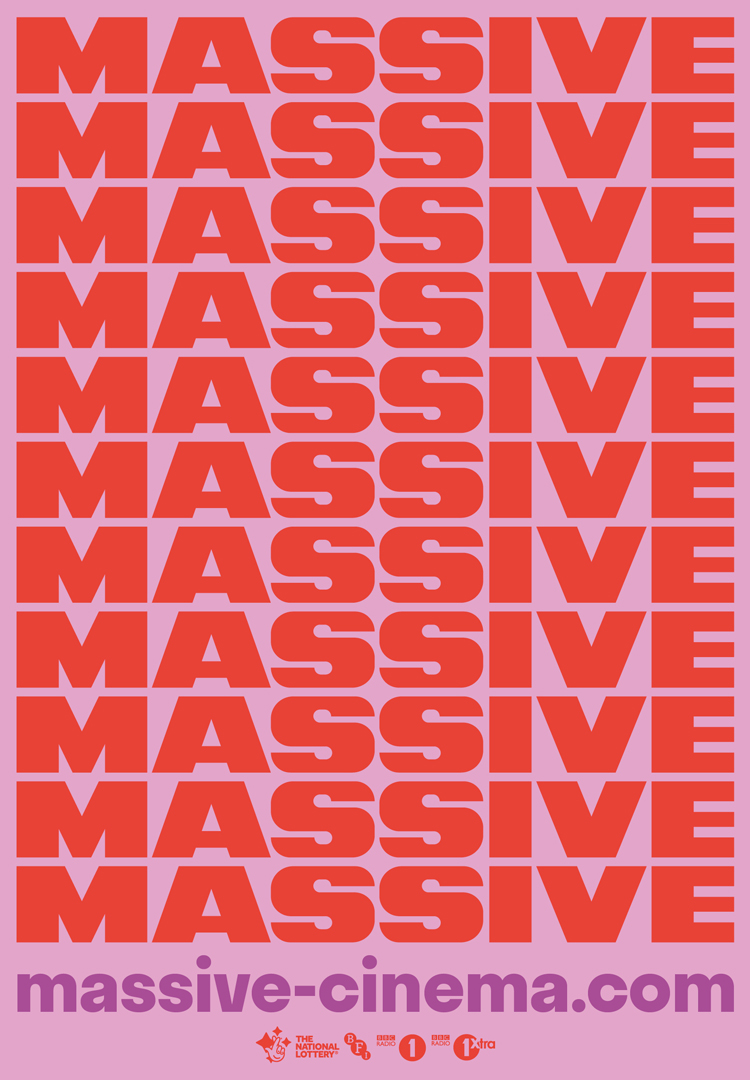 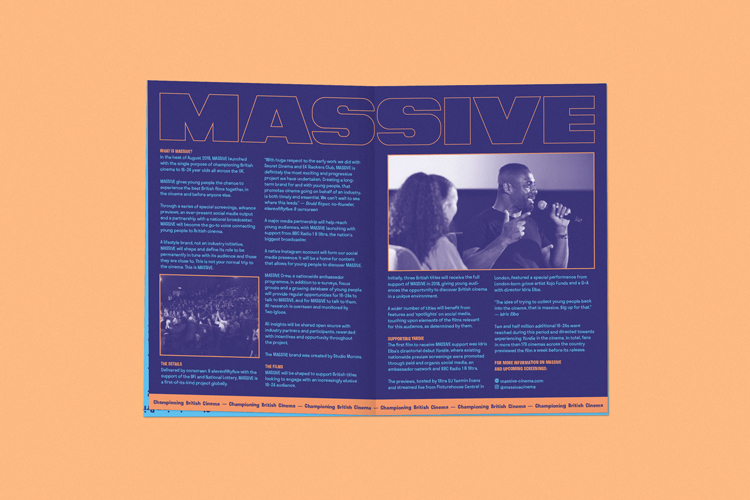 Could hiding designers’ identities rid the industry of unconscious bias?