Bletchley Park has launched an exhibition for D-Day, which looks at codebreakers’ contributions to the war efforts with a secretive identity.

The home of World War Two’s codebreakers played a crucial part in the events of D-Day, 6 June 1944, when the Allied forces landed on the beaches of Normandy to overthrow Nazi control.

Germany had dominated Europe and would send coded messages to their troops to retain their stronghold – but intelligence officers at Bletchley Park created Colossus, a machine which could intercept and decode their messages.

They went on to create fake messages that convinced the Nazis to move their troops away from Normandy to defend Calais, enabling the Allies to invade Normandy. 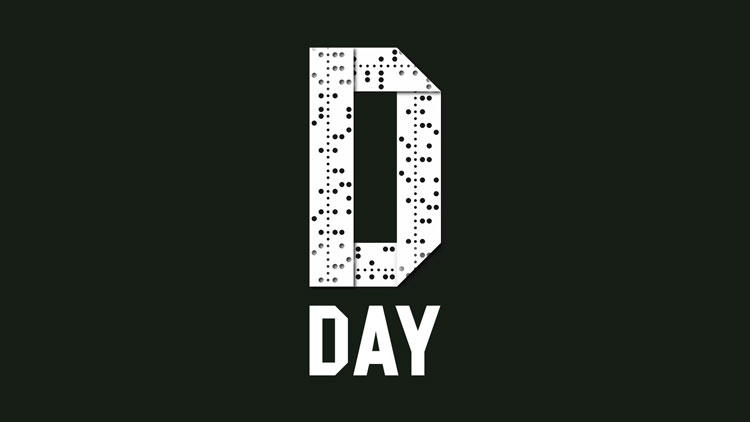 Bletchley Park, which is now a museum and tourist site, has launched a special exhibition for the 75th anniversary since D-Day.

The identity, created by Rose Design, centres around the ticker tape that was used to record intercepted messages during World War Two, through a code made up of small and large punch-hole dots. It was the first digital communication medium and was used from 1870 onwards to transmit stock prices over telegraph lines.

At Bletchley Park, the tape was fed into Colossus, which decrypted the messages that were being passed between German troops.

In the branding, the ticker tape has been folded to form a “D” letterform, with the word “Day” featuring underneath in the same, geometric, sans-serif – a bespoke typeface that has been inspired by that seen on the military boats — landing craft — used in World War Two, says Abbie Edis, designer at Rose Design. 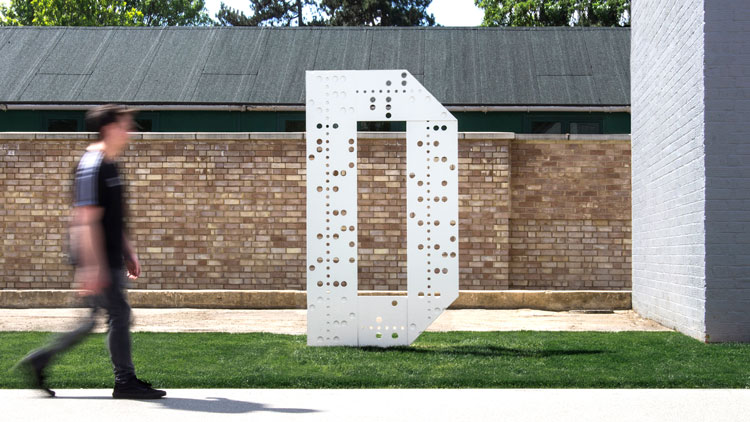 Another subtler touch is that the three main sections of the exhibition – Interception, Intelligence and Invasion – have been printed out on the ticker tape “D” symbol in code. The dotted ticker tape motif is used across all touchpoints of the new identity, such as on stationery like bookmarks and on a new, permanent steel memorial which now sits outside the teleprinter building at Bletchley Park.

A dark green colour has been used alongside white, which has been inspired by the colour of army and military clothing, Edis adds, while Bletchley Park’s own brand typeface, Verlag, has been used as the secondary type for copy. 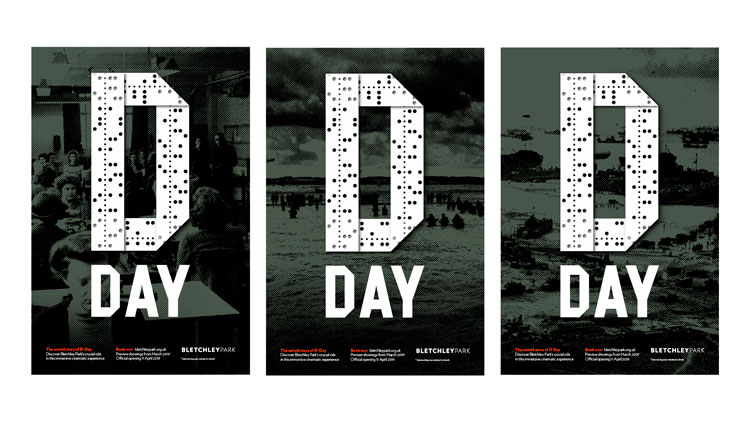 Real photos taken on D-Day have been used as backdrops and turned into half-tone images – a graphic technique where dots of different sizes and spacing are used to create an image across a gradient of different light and dark shades.

Edis says: “Bletchley Park’s contribution [to World War Two] can be looked at in terms of the number of additional lives that might have been lost without their efforts to the Normandy landings. The more light that can be shed on what they did, the better.”

The branding has now rolled out across all touchpoints including print advertising materials, interiors and signage at the exhibition, and merchandise.

D-Day: Interception, Intelligence, Invasion is a semi-permanent exhibition, running until 11 April 2029 at Bletchley Park, The Mansion, Bletchley Park, Sherwood Drive, Bletchley, Milton Keynes MK3 6EB. A ticket is included with admission to the museum, which costs £20 and £17.50 concessions. 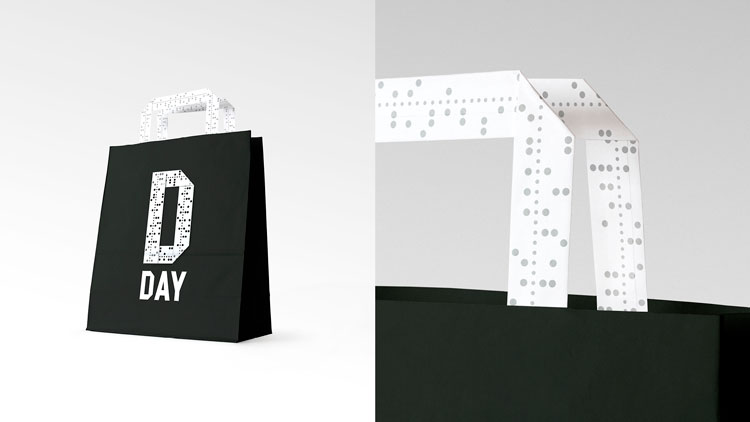 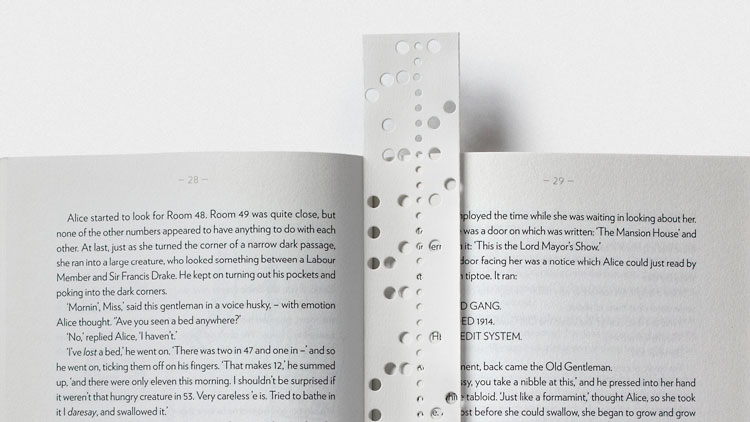