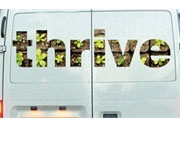 The Design Council’s latest research study has come up with a way of measuring return on design investment for the first time. According to the report, Design in Britain 2005-6, ‘design alert’ companies achieve an average return of £225 for every £100 invested in design.

The report also reiterates that companies investing in effective design significantly outperform their rivals on the stock market. Shares in ‘design-led’ businesses have outstripped key stock market indices by as much as 200 per cent over the past decade, says the report. The Design Council claims that this demonstrates ‘clear evidence of a relationship between design investment, business performance and long-term stock market value’.

The study tracked the shares of 61 companies that have actively invested in design for a sustained period, comparing their performance against the wider FTSE 100 companies. The Design Index’s level of performance has been maintained over the past ten years, with an outperformance of the market during bullish periods and a less severe downturn during weak periods.

But what is a ‘design-led’ business? Companies in the index include Barclays, Egg, Tesco, Marks & Spencer, British Airways, BP and Unilever. According to Flood, they are selected primarily on the degree to which they enter and win design awards, something which the Design Council believes is an external indication of the way a business ‘uses and values design’. 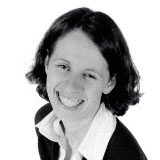 ‘The Design Index is a really simple and clear way to use a respected index to track share prices of companies winning design awards. There are FTSE companies here winning awards and there seems to be a link with their market performance,’ says Flood (pictured).

There are plans to augment the Design Index survey this year, consulting more widely with experts over which businesses should be included.

The figures are drawn from the Design Council’s National Survey of Firms 2005 and form part of its Design in Britain 2005-6 report. Key findings from this research are available in an on-line format for the first time this year, at www.designfactfinder.co.uk.

‘We are going to look at how we can improve on the return on design investment measure and try to estimate how much return a company should be getting if they invest in design. If instinct tells you there’s a linking between design and performance, you should be able to find evidence to back this up,’ says Flood.