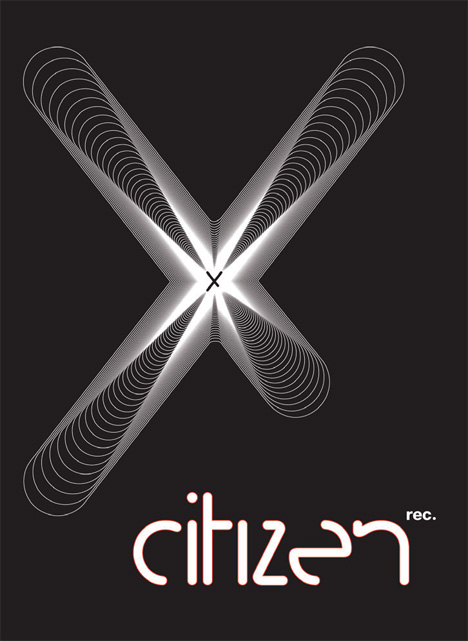 A redrawn version of the font Nova, by Lux Typographics, has been used and a ’CTZ’ marque created in the form of ’pulsing’ sound waves.

The consultancy’s creative director, Howard Wakefield, says, ’We chose that font particularly for its “Xs”, which might be used to represent the tenth anniversary.’ Wakefield adds that the ’C’ of Citizen ’looks like a speaker’.

Colourways are used monochromatically on the marque and main identity, with the exception of a red keyline, which, Wakefield says, ’gives a glowing, neon effect’.

Wakefield says he hopes the identity will be a visual cue for further Citizen Records’ communications and the consultancy is in discussions with the company about implementation.

Blue Marlin repackages So Be Pure Rush for UK launch