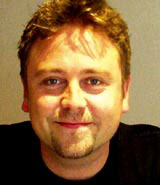 Architect and design consultancy Shh has been appointed to design a concept bar, which incorporates beds, in London’s Piccadilly.

Shh has been appointed to create exteriors, interiors and an identity for the bar, called Aura, which is scheduled to open in July.

Aura is a pilot concept, which, if successful, will roll out to several sites nationwide over the next few years, according to Shh head of retail division Steve Crummack.

The project is at an early stage and Crummack is meeting the client this week to clarify details.

He joined Shh two weeks ago from retail design specialist Bobblehat, where he was director and co-founder.

His appointment is intended to help expand Shh’s retail division to match the other levels of the consultancy’s offer, says managing director Graham Harris.