There are over 2.3 million objects at the V&A museum, and each has its own story to tell. But despite growing footfall and record numbers of visitors to exhibitions, most of those objects will never be known to the general public. Now a BBC series is revealing a select few of these objects’ histories, which cross fields of art and design, all of which find a home at the central London museum.

Secrets of the Museum is a six-part series, which follows the V&A’s specialists teams — from conservators to curators — as they follow the stories of remarkable objects, from the old (Queen Victoria’s coronet) to the new (the Extinction Rebellion logo). The series is a collaboration between BBC Arts and Blast! Films for BBC Two. 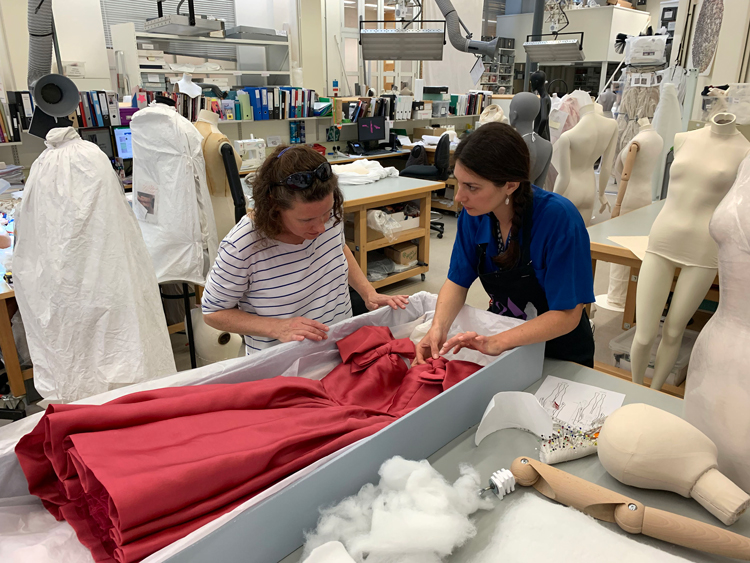 Alistair Pegg, director of programmes at Blast! Films, tells Design Week that the studio didn’t want to make a “conventional” documentary — where you’d have “an interview with the chief executive, a bit in the canteen and a bit with the curators” — but a series “that focuses purely on a small number of objects”.

“In a way, the objects are the stars,” Pegg adds. “They’re the focus and attention.”

The first episode shows preparation for the 2019’s Christian Dior exhibition, which almost 600,000 people visited. Fashion shows are big for the V&A: another episode looks at the current Mary Quant exhibition. But the museum has always had a broad scope in terms of design; one episode looks at the recent Cars exhibition through the lens of a converted low-rider vehicle, which was transported from Los Angeles to London for the display.

In choosing these “stars”, Pegg says the team were looking for objects that “were having something done to them”. That could mean that they’re being transported (the LA low rider turns out to be too big for the museum’s lifts) or cleaned or transferred; all of which require a “huge amount of work that visitors never see”.

“Visitors don’t realise the process that led up to that point,” Pegg says. “We wanted to take people behind the scenes into a workshop, into the store rooms, and find out what the narratives were.”

“Prism of the object”

Those narratives are the heart of the series, showing the history of design culture and what the objects represent in society. These themes are explored through the “prism of the object”, Pegg says. The low-rider, for example, is part of a car modification culture which is prevalent in Latino communities in the US.

And as V&A’s objects span over 5,000 years of history; the range of objects on display is accordingly vast. One is a Mary Quant mini-skirt bought in a Sheffield Topshop in 1964. At the end of the episode, with the dress in prime position at the designer’s fashion show, the skirt’s owner reflects that it isn’t just a miniskirt, but a representation of something bigger — freedom via the burgeoning feminist movement. 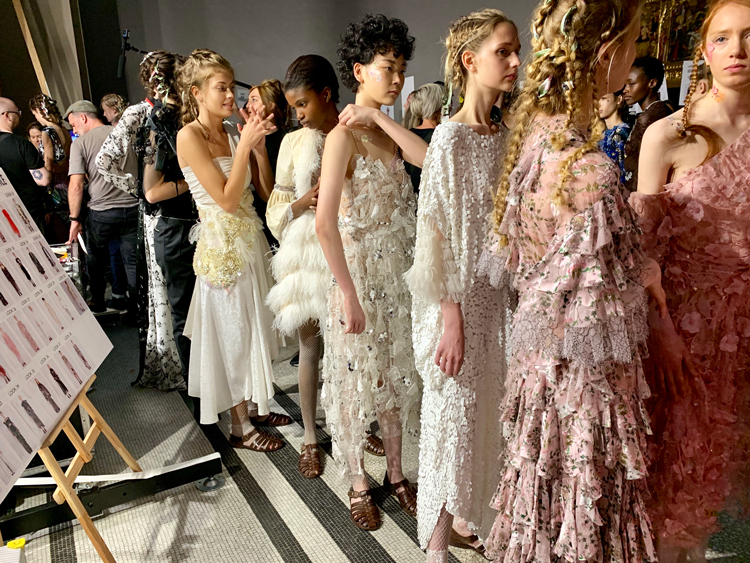 “It’s not just a piece of 1960s pop culture but something that feels resonant” Pegg says. “Through that dress, you can get into a lot of bigger dances.”

While all the object have “interesting stories to tell”, Pegg’s favourite might be a toy elephant. The elephant in question is Pumpie. At almost 100 years old, the handmade children’s toy now requires restoration after severe moth damage. Through him, the Victorian toy making industry can be charted, all the way from its production India to its owners, the Cattey family in west London.

Mystery is at the root of many of the objects — which have “a question mark over them” — such as the face of an unknown beautiful 18th century aristocrat on a gold and enamel snuffbox.

“The museum isn’t just finished,” Pegg says. “It’s always acquiring new objects. That is explored through the museum’s Rapid Response collection, which collect designs from today. The series follows the collection’s curator Corinna Gardner as she acquires the Extinction Rebellion visual identity including the flag and hourglass logo for the gallery. 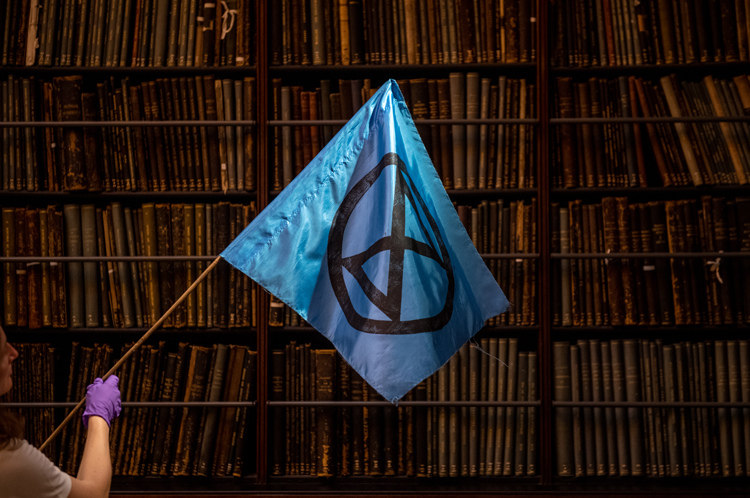 It’s a “fascinating” part of the museum’s work — to identify the pieces of design that will stand the test of time and represent part of today’s culture. “And not just things that are trendy,” Pegg says. Gardner goes to meet Margaret Calvert, the British graphic designer who is responsible for many of the UK’s road signs. Calvert is donating a road sign to the museum and explores her design process.

Wizards of the workshop

Although there is a focus on the objects and their stories, the series also celebrates the museum staff, including the less well-known jobs. That includes Lilia Prier Tisdall, a costume mounting specialist at the museum, who is responsible for making the clothes on display look their best. For the Dior exhibition, that means considering the stars they were designed for — whether that’s Rihanna or Natalie Portman. Pegg says: “You wouldn’t know there was a wizard of the workshop” making a dress hang exactly right.”

This aspect of the series is an antidote for our attention-starved times, according to Pegg. “We’re all living in an age where we’re feeling distracted and time-poor,” he says. “To be able to watch people focus intensely on a toy elephant or a Dior dress looking perfect is very rewarding”

“It’s consoling that people are given the space and time to work on objects in this way,” Pegg adds.

A “richer understanding” of the V&A

As well as providing context about art and design at the celebrated museum, Pegg hopes the series will help audiences appreciate its work anew. “I feel that people will have a richer understanding of what the V&A does on our behalf,” he says. “It’s a national collection for our benefit, to preserve the depth of art and design on our behalf. There’s something quite touching about that — there’s all this work going on for us.”

And as Pegg says, the series comes at a time when museums and galleries have never been so popular. “It reveals what’s behind the closed doors — there’s an industriousness that visitors don’t see. That’s the pleasure of this series.”

The first episode of V&A: Secrets of the Museum is broadcast Thursday 6 February on BBC2.