Amid the ongoing coronavirus crisis, the NHS has revealed it is turning to data to help inform its response.

The organisation has enlisted a handful of the world’s tech giants – Amazon, Google and Microsoft – with the aim of creating a centralised data point that can guide its next steps in the pandemic.

At the core of this plan is the intention to create a series of dashboards, on which users will be able to see data from across the country’s various trusts.

According to a blog written by NHSX CEO Matthew Gould, NHS director of AI Dr Indra Joshi and NHS director of data Ming Tang, the aim is to create at least two dashboards – one for use by “key government decision-makers”, the beta version for which will be made available this week, and a second which will “support public understanding” of the pandemic.

“Without a holistic understanding…we risk not making optimal decisions”

Information to be used for the dashboards will be gathered from across the NHS and its partner organisations. The NHS has confirmed that sources will include 111 call centre data and COVID-19 test result data from Public Health England.

By monitoring metrics like hospital occupancy levels, A&E capacities and waiting times and the length of hospital stays for COVID-19 patients the organisation is hoping to achieve a better understanding of the virus’ status in the UK, which will allow it to better allocate its time, resources and staff.

In the response to the pandemic, this centralised pool of nation-wide knowledge is necessary. As one source from one of the tech companies involved told the BBC: “Without a holistic understanding of how many we’ve got, where they are, who can use them, who is trained, where do we actually have patients who need them most urgently, we risk not making the optimal decisions.”

This might include the pre-emptive deployment of resources and staff to emerging hot spots for the virus; or the diversion of patients to facilities that have the means to deal with them in real time, for example.

Amazon, Google and Microsoft have all contributed to the project. The NHS confirmed that Amazon Web Services has provided infrastructure to launch the platform, while Microsoft has built the project’s data store on its Azure cloud and Google was lending its G Suite of apps to collect and aggregate the real time data.

The dashboard itself is being designed and developed by AI company Faculty. The London-based organisation has worked with the NHS previously, with a project to create an NHS AI Lab.

In a statement, Faculty said this latest partnership will build on its existing work with the NHS, aiming to “set standards and explore techniques for the safe and effective deployment of artificial intelligence across the health service”.

How the dashboards will look is currently unknown – however it is likely that Faculty will have to consider its audiences, which might not necessarily have the training to read large volumes of data. 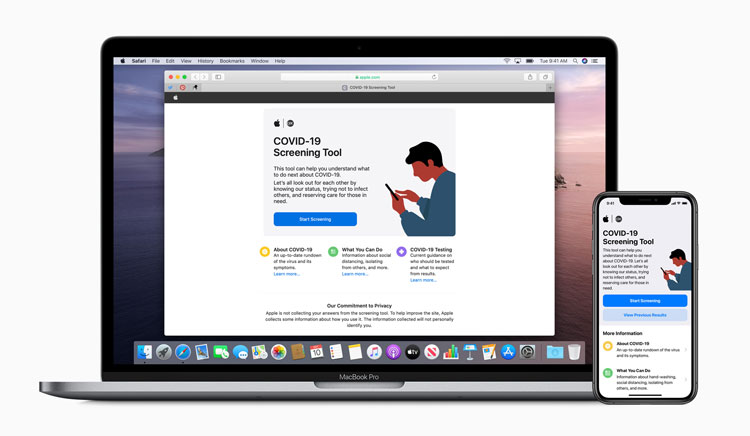 Elsewhere in the fight against coronavirus, King’s College London has launched an app to track the spread.

The COVID Symptom tracker asks users to self-report on their wellbeing daily, even if they are well, with the aim that this data can help contribute to a wider understanding of how the virus is affecting the country as a whole.

And in the US, Apple has launched a new screening tool to help people stay informed in line with the guidance set out by the US’ Center for Disease Control (CDC). 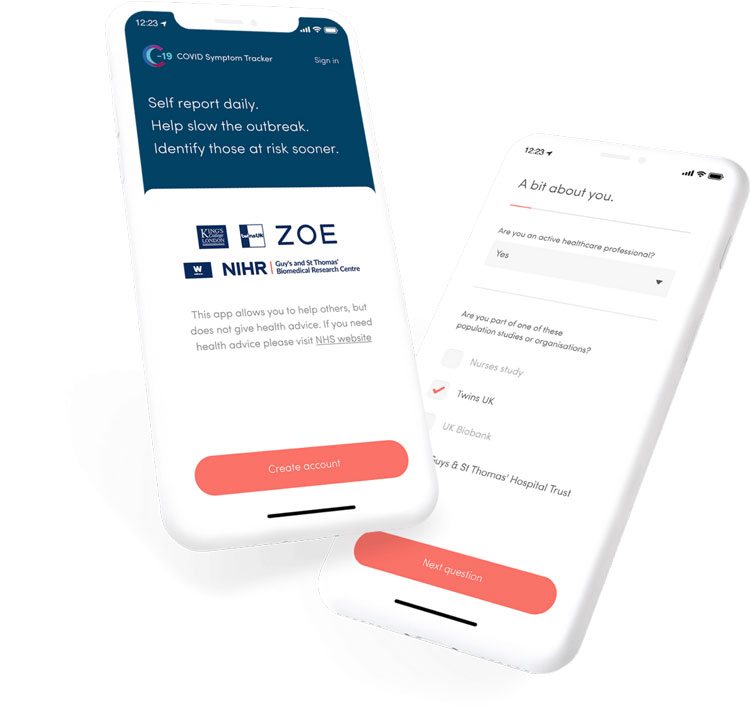 The nature of using the private sector in a data-led public service project does, of course, bring up questions of how that data could be used post-pandemic.

Gould, Joshi and Tang’s blog suggested data used in the NHS dashboards would be anonymised so that individual patients could not be identified. But still, there is likely to be some apprehension. The use of the data processing company Palantir, particularly, will be a red flag for some.

Palantir, the tech firm co-founded by billionaire Peter Thiel, has ties both with the US Pentagon and the UK’s cyber-spy agency GCHQ. It also conducts controversial work with the US Immigration and Customs Enforcement (ICE) agency, finding undocumented workers.

The NHS says however, that turning to the private sector is necessary step to tackle these “unprecedented challenges”, and that all data collected will remain under its control until such a time it can be destroyed or returned.

“As we have seen countless times in the last few weeks, a national effort is required to limit the impact of COVID-19, whether that means asking car manufacturers to build ventilators, private hospitals to aid the NHS, or technology firms to provide software to power the response,” says the NHS. “We believe that the support provided by these partners will enable the Government to respond more effectively to the crisis.”