The world is in lockdown at the moment. Summer holidays seem all but cancelled as airline fleets ground to a halt, while headline events have vanished from the horizon. The Tokyo Olympics, supposed to take place in July and August have been postponed until next year, while Glastonbury’s 50th festival will take place in 2021 instead. When things do become more open again, it’s hard to know the effects that coronavirus will have had on places it’s affected (which is at least 177 countries).

Italy, the country with the greatest number of deaths (now almost 12,000) from COVID-19, is also the fifth most visited country for international tourists. Another European country that relies on tourism is Spain – the sector makes up around 10% of its GDP – which now has a death toll that exceeds 8,000. How China, the country that first suffered from the coronavirus outbreak, might appear to tourists after the pandemic is uncertain. But Hong Kong, one of the country’s most visited cities, had already become a more complicated destination because of its ongoing protests over democratic freedoms.

And while it may be hard to imagine a time after coronavirus, that time will come – and will potentially require image rehabilitation for affected countries. But disasters have taken place before, even if the global pandemic is unlike anything we’ve seen in decades. 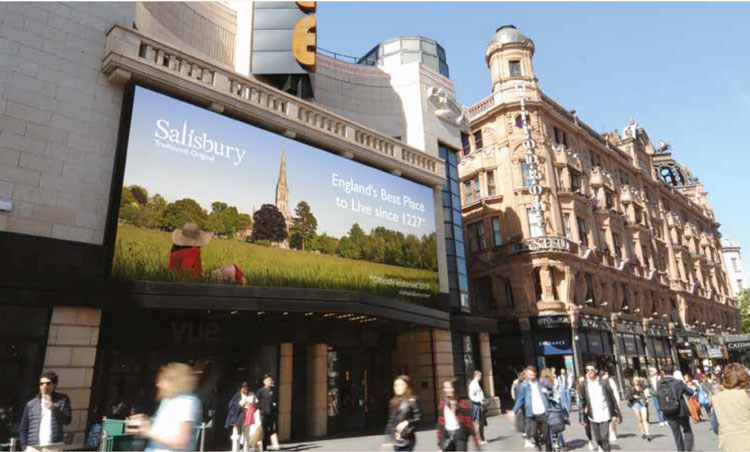 Isolated, seemingly-random events can bring unwelcome attention to a location, for example. The English town of Salisbury became a headline during the spring of 2018 when a former Russian agent and his daughter were poisoned at the Italian chain restaurant Zizzi, in the Wiltshire Cathedral city. It was difficult, in the ensuing months, not to see Salisbury’s name close to Novichok, the nerve agent that was used in the poisoning.

Roger Pride, from the Cardiff branch of brand consultancy Heavenly, was responsible for the rebranding of the city. While he says there are usually a lot of “catalysts” for place branding, Salisbury clearly had a more specific one. And while the city is not the biggest case Pride has overseen, it is one of the “most high profile” given the media uproar the poisoning created.

“Any brand that is built out a short-term response to a problem is a dangerous place to be,” he says. And although the team was pulled into rebrand the town because of the poisoning (which also drew the financial incentive), Pride says that “the brand solution had to be a long-term solution”.

Thinking to the future 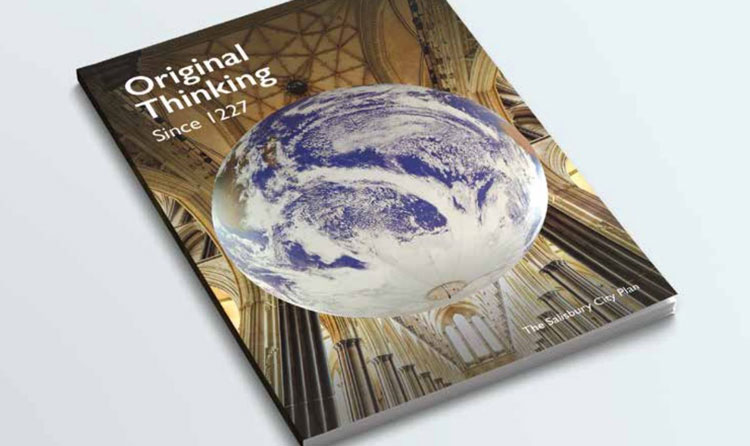 Crucially, it has to have the potential to last into the future. He adds: “One of the things we learnt about Salisbury was that it was not what Salisbury said about itself, but it was much more about what it did going forwards that was going to make a difference to its performance as a heritage city.”

The Novichok poisoning also brought attention to a stagnancy within the city’s branding; Pride says that there was evidence that Salisbury had not been progressing as a brand. “We had to come up with solutions that made a difference for what the city did going forwards,” he explains. Strategy guidelines – around improving the city’s night-life and improving access to the city – were put in place before the brand idea of ‘Traditional Original’ was established.

The strategy aims to blend Salisbury’s heritage appeal with a forward-thinking aspect – and also boost its tourism (footfall was down around 14% following the poisonings). The initial project covered positioning, strategy and communications. Heavenly has now been appointed for a secondary project for the city – to develop the identity for Salisbury including a logomark and identity system. Pride says that it’s important to hire local talent in this development, as it stops branding from becoming too “distant” or London-based. The studio is currently working with design students from Wiltshire College to help design the new identity.

While disasters can be instantaneous, the perception of a place “doesn’t change overnight”, Pride says. So it’s best to look at it as a “catalyst towards change”. For Salisbury, the theme of ‘Traditional Original’ emerged from key stakeholders, workshops, and various sectors (such as hospitality and business-owners). There was also an online survey to allow the public to have their say. That ensures, Pride says, that everyone feels they have “contributed” to the identity.

After this, the process is refined with a smaller audience, made up of focus groups external to and within the city. It’s about aligning three factors: how outsiders see the place, how local people see the place, and how you want the place to be seen. “No place will change its perception through advertising,” he says, emphasising the importance of keeping everybody happy.

“Sometimes standing out is scary,” Pride says, but places need to accentuate what makes them different. Normally finding this stand-out quality requires spending time in the area, and Pride says that “not knowing too much about a place is a benefit” as he can go into a place without any “preconceptions”. In generally, Pride says you have to be “inclusive”, but not overly so – in other words, it must relate to the people who live there and appeal to tourists, but not so inclusive that it lacks any “distinction” whatsoever.

In Belfast, a place that has been “divided” by political troubles along religious lines, Pride has also developed a brand idea with the stakeholders but encouraged that the identity be completed by a local design studio. He’s developed the brief and the appointment of the local agency. “We think the place has to walk the walk, as well as talk the talk,” he says. “We can bring external expertise, but involvement with the local community when it comes to place is really important.” For Belfast, Pride says that colour is a crucial design element. For the city, Heavenly built a “dynamic” brand which appealed its “diverse interests”.

The Caribbean is not Salisbury, but the American region made up of over 700 islands is also undergoing a brand update. While the region has not been the subject of a Russian nerve agent attack, it has suffered from a series of natural disasters – and perhaps just as damaging, a change in consumer behaviour.

The catalyst for the Caribbean’s update stems in part from the natural disasters that plague the region. According to a 2018 International Monetary Fund report, “natural disasters in the Caribbean are becoming more ferocious and frequent” and “can lead to widespread destruction, loss of life, and weaker economic growth prospects”. This affects the local population, and also affects perception for tourists – which is a vicious cycle, as the communities rely on “tourism receipts” in rebuilding areas affected by hurricanes and flooding.

Robert Hoppenheim is CEO of Kindustry, a Canadian branding consultancy that takes a “progressive” approach to identity. While clients have included companies such as MAC cosmetics, it has started a brand update for the Caribbean region. Hoppenheim says that often tourists – and those in the travel industry – have a blanket approach when it comes to perception. “When a hurricane hits 20% of the region,” he says, “the understanding is that 100% of the region is closed for business.”

When managing a disaster-struck region, it’s key to build a brand “by consensus” rather than individually. That’s particularly true when dealing with the Caribbean – Hoppenheim has been in discussion with around 29 countries from the region, as well as public and private interest groups. And part of the mission, he says, has been convincing them that it’s better to work together than separately.

The identity is still in development – place branding on this scale takes time especially when it’s “overtly political” – but Hoppenheim offers some ideas as to what the more “progressive” branding might look like, and how it might last for the next 15 to 20 years.

And while some might imagine the Caribbean as white beaches and blue waters, that is part of the problem according to Hoppenheim. Consumers want more control in their holiday choices nowadays, he says as well as a range of options. The “sun, sand and sea” is also a promise that the region might not be able to consistently deliver on, given the climate crisis.

Instead, Hoppenheim wants to push ‘Deep Travel’ for the region’s future. What does that look like? Hoppenheim says it’s about building a “more multi-faceted, locally-inspired travel experience is what we’re looking for – the Caribbean has been set up in a way for the last 50 years that’s different to that.”

“Brand Caribbean 2.0” is currently being developed with the interest groups, and as such details are under wraps. Hoppenheim says that the values will be “resilient” and “sustainable”, emphasising that the region is “diverse and rich”, and not just for beach holidays.

This might sound vague at the moment and in danger of what Roger Pride identified as a problem of place branding – being so inclusive that it becomes indistinct. But Hoppenheim does say that one motif that will be used in the “messaging phase” of the brand update is the Caribbean’s feeling of “familiarity” – the way in which it can feel like a home for tourists, even if it is their first time being there. It will also involve a new logo, tagline and campaign.

Kindustry has recently started working the United Nations – not a place, but a collection of them, and it might indicate where place branding is moving towards. ASEAN (Association of Southeast Asian Nations) have come together, as well as American cities around themes, Hoppenheim says. There might be safety in numbers, a trend echoed shown in Heavenly’s identity system for the West Midlands, a group of 18 local authorities in western-central England.

Could this point to a potential direction for countries struck by COVID-19? Pride says that for co-branding of places to work there needs to be a “common customer perception or identity” (like the Caribbean islands), a “workable method of cooperation” between stakeholders or “common interests”. The final route could be newly relevant for countries ailing from tourism losses. As Pride says: “Maybe coronavirus has created new benefits of working together.”