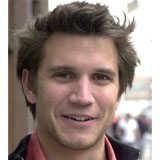 The Royal Navy has embarked on its first licensing and merchandising initiative – which will free up its White Ensign emblem to appear on a range of consumer products – in a bid to raise awareness. Is this the most appropriate action to take?

Licensing military symbols and insignia is not new. What is new about the Navy’s licensing initiative is its primary objective of improving its image as an employer. The Navy does not need to raise awareness of itself, but to build positive perceptions of life in the Navy. Achieving this will require the merchandising to form a clear link between positive aspects of Navy life and products or brands that currently own those perceptions. That won’t be easy, but at least it can use the income to run other marketing campaigns.

The Navy’s strategic plan is to become a versatile maritime force, but is this activity a step too far? Brand licensing only works if the products fit the proposition – I really dislike Harley Davidson toiletries – who wants to smell like a motorbike or a Hell’s Angel? One problem is that the White Ensign is so similar to the St George’s Cross that it could blend into the ubiquitous ‘Hackett style’ football casual gear. These ideas might float: surf gear, swimwear, bathroom accessories…

If awareness is the goal, then here are some guaranteed winning ideas: start a war at sea – torpedoes capture attention in ways bobble-hats never could; or rename and rebrand – ‘Navy’ is too corporate. Royal Poppy better captures the vibrancy, optimism and passion of the contemporary seafarer. However, the real objective isn’t about raising awareness (who isn’t aware of the Navy?), it’s about raising money. Anyone pretending otherwise is a bollocks-talking pirate and should walk the plank at once.

Jim Prior, Managing partner, The Partners 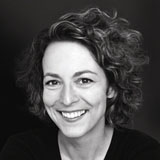 Commercialising and branding the Royal Navy experience abstracts the whole concept of war by making it a mass-market commodity. Branded toys will certainly create awareness among four year olds, but what about the ‘99.9 per cent who need not apply’? Buy a T-shirt instead and join the club? Then we can buy ‘Royal Navy Sausages’ to experience the real taste of battle, washing them down with ‘Swabby’ energy drink, made with real sailor sweat. Fab!