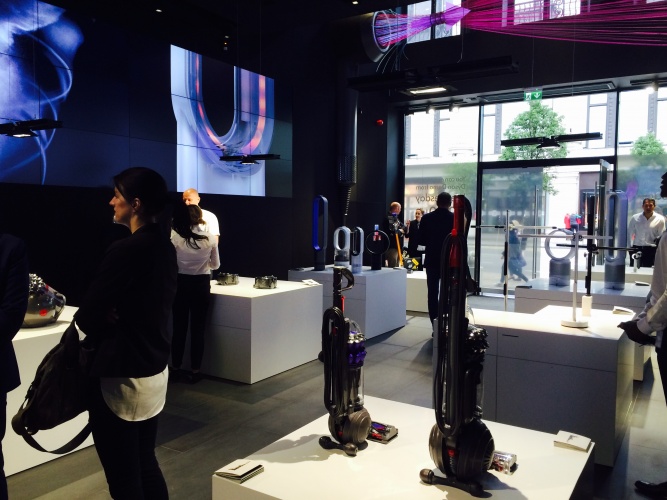 Update 7 July 2017: Dyson has announced that on the strength of its flagship Dyson Demo store on London’s Oxford Street – and similar stores in Jakarta and Tokyo – it is now identifying spaces in other “major cities” as it looks to roll the concept out globally.

Technology brand Dyson will open its first ever permanent London store this week, which will allow people to try out products first-hand and learn about the science behind them.

The Dyson Demo is based on Oxford Street, and showcases the company’s portfolio of products including its regular, cordless and autonomous vacuum cleaners, purifier fans, LED lighting and the recently launched Supersonic hairdryer.

Dyson Demo has been designed by Dyson in partnership with WilkinsonEyre, the architectural practice which also recreated the brand’s headquarters and factory in Malmesbury, Wiltshire in a £250 million project in 2014. 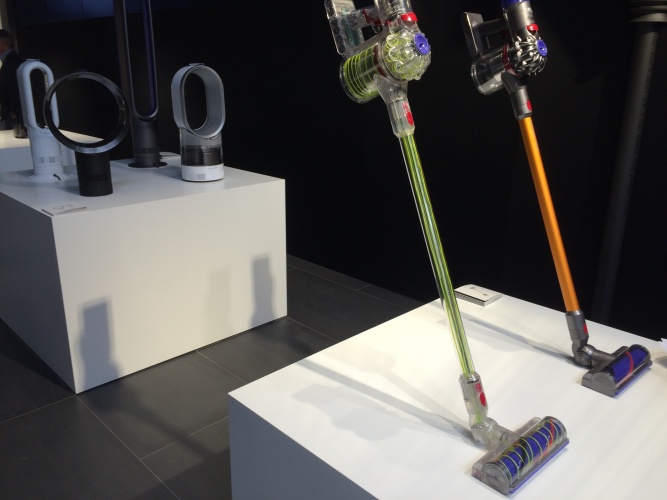 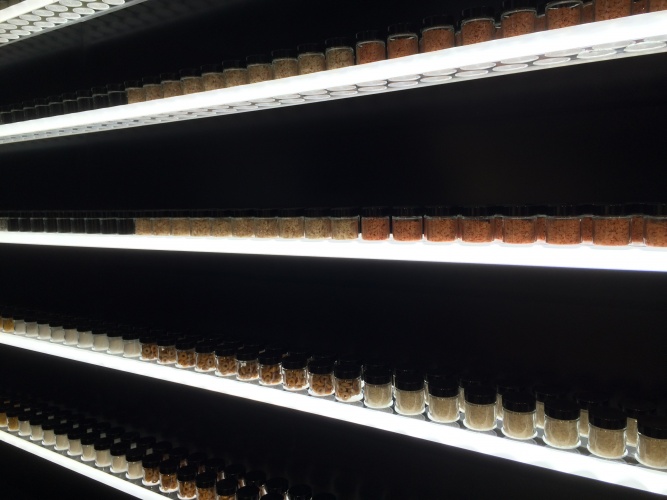 The walls are also adorned with copies of the V8 cord-free vacuum, alongside pots containing different types of dust, food and debris. Visitors are then invited to test the vacuum cleaner on four different floor surfaces, with the dirt of their choice. 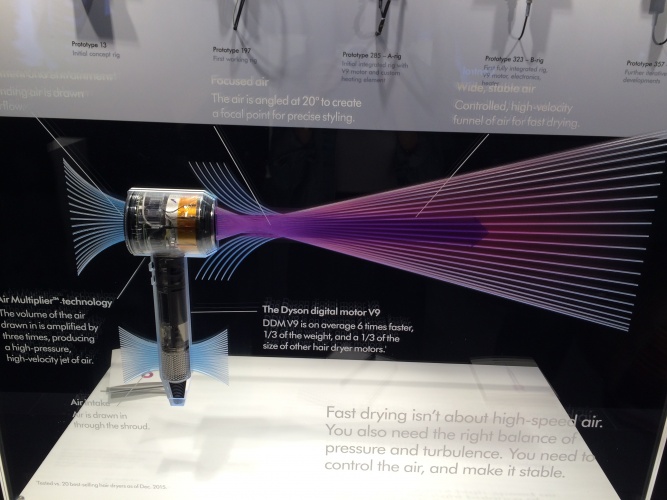 A glass staircase designed by WilkinsonEyre leads to the first floor, which includes hair salon stations where visitors can have their hair styled with the Supersonic hairdryer. The area also includes moving, mechanical installations which demonstrate the product testing phase of the hairdryer on real samples of human hair.

Dyson “experts”, who work alongside engineers at the headquarters in Malmesbury, will also be stationed around the store at all times for visitors to speak to about the science behind the products.

Tom Mogridge, a Dyson senior design engineer, says that these “experts” “understand how the engineers think” and have “good insight into the company’s products”. “It’s really exciting that a product that I’ve worked on is able to be demonstrated for visitors in store,” he says. 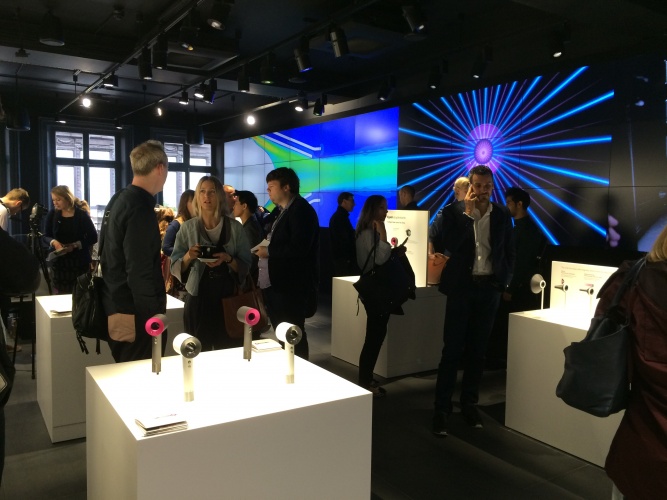 The space also includes digital screens used across walls, which show the products in action.

There are no tills, but visitors are able to buy products in-store once they have spoken to somebody and tested out a product.

Jake Dyson, research, design and development director, and the son of company founder James Dyson, says: “The Dyson Demo encourages people to be hands-on. It’s all about showing the inner workings of products – it’s really important to demonstrate them first hand so people understand the engineering behind them.”

Max Conze, chief executive officer at Dyson, adds that the space will help to educate visitors about the “fundamentally different ways” that Dyson technology works, and will “bring engineering to life”.

The space will also be used for engineering workshops for school children during holidays, hosted by the James Dyson Foundation.

The Dyson Demo concept was originally created in Paris, France in 1999, also designed by WilkinsonEyre. A space was created in Tokyo, Japan last year, and in Jakarta, Indonesia earlier this year. Dyson hopes to roll out more Demo retail spaces worldwide, including in the U.S.

The interactive learning environment concept is similar to that of Apple, which opened a San Francisco learning space earlier this year. The first similar conceptual Apple store was opened in 2001.

The Dyson Demo London retail space is based at 447 Oxford Street, London and opens 6 July. 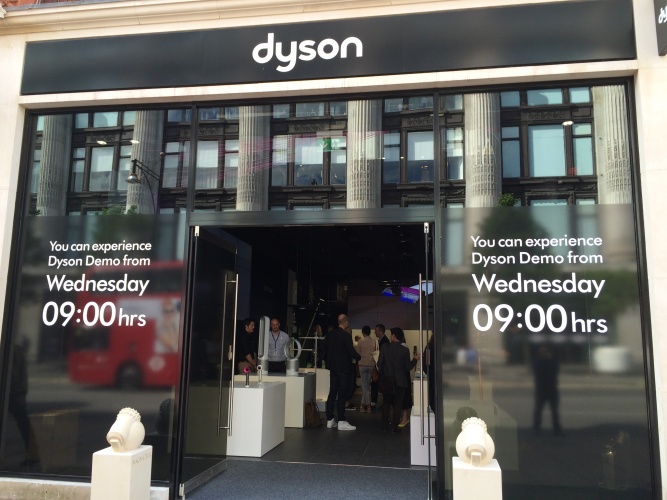 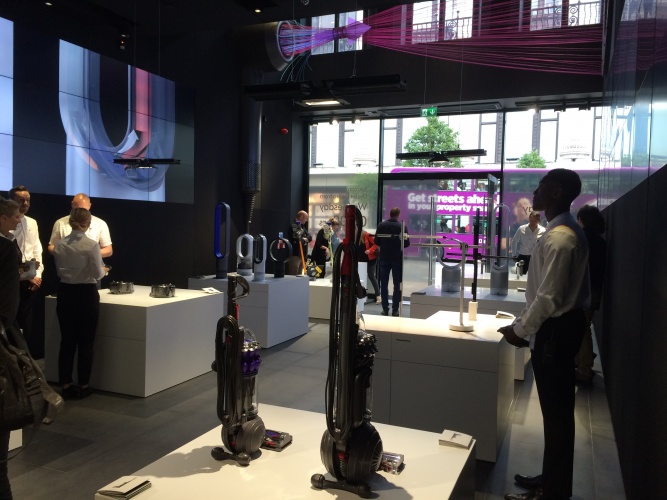 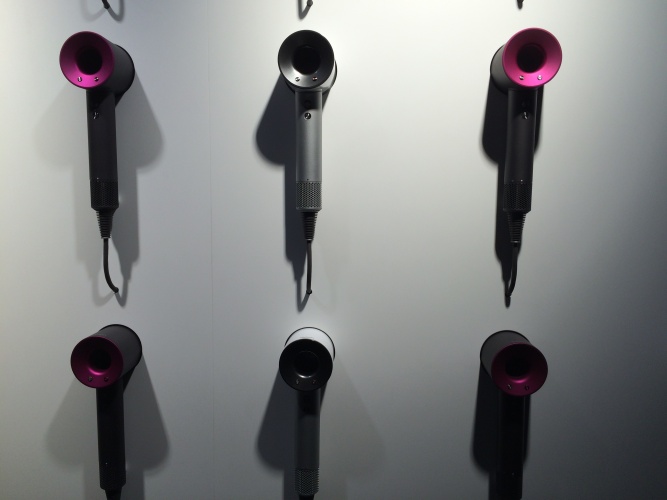 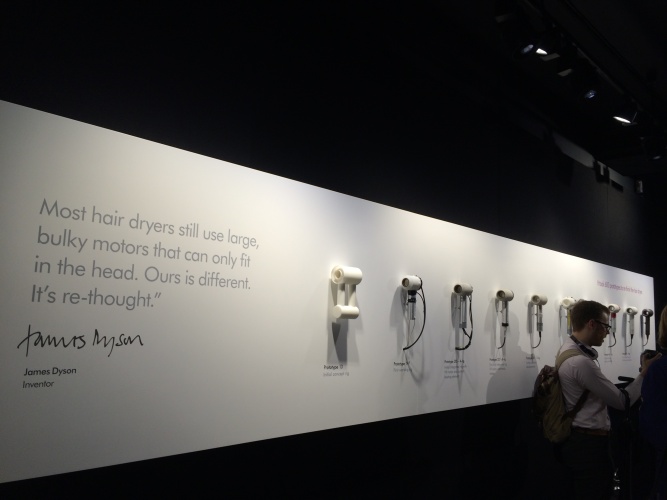 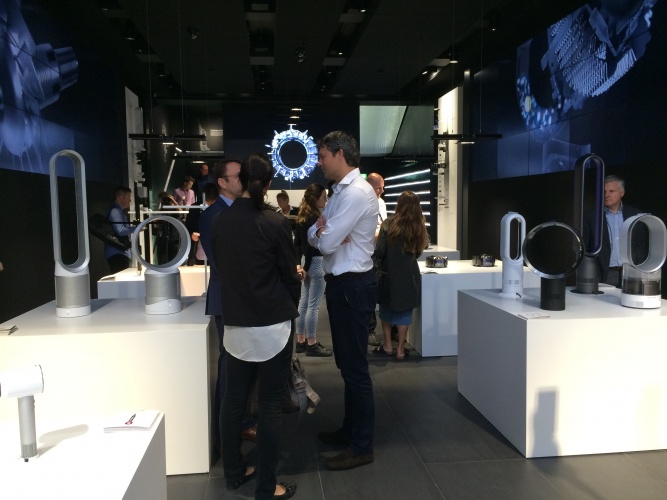